The Government rescues Celsa with 550 million, but rejects Abengoa and leaves the company on the verge of liquidation

The Council of Ministers has granted this Monday the last rescues in charge of the rescue fund for strategic companies in the Covid-19 framework. 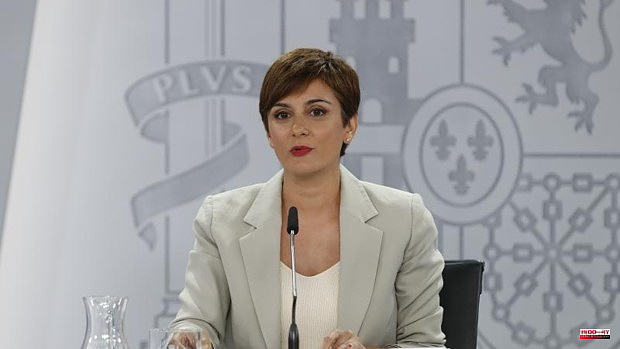 The Council of Ministers has granted this Monday the last rescues in charge of the rescue fund for strategic companies in the Covid-19 framework. A meeting that has resulted in the largest state support granted to date, 550 million to Celsa, but also with the refusal to grant 249 million to Abengoa, which leads the Seville-based company to liquidation, despite that the company had the support of independent advisors.

PKF Attest and Grant Thornton, the external advisers hired by SEPI to decide on the rescue of Abengoa, concluded that the multinational met the requirements to receive aid from the Solvency Support Fund for Strategic Companies, although they clarified that there were contingencies due to pending millionaire lawsuits .

Despite this, SEPI considered that Abengoa was not 'eligible' to be rescued because it was already in crisis in 2019 and because it has judicial and extrajudicial contingencies for 943 million, as well as fiscal contingencies for 2,000 million not contemplated in its viability plan. . In addition, SEPI argued that any contingency in the operating subsidiary Abenewco1 would drag down all the group's companies because they respond jointly and severally in debt operations.

The company appealed that refusal based mainly on reports from external advisors who considered that Abengoa met the requirements even though there were 'potential' risks. Regarding the fiscal, judicial and extrajudicial contingencies for 2,900 million, he indicated that SEPI chooses "the worst scenarios and, therefore, the most unlikely", also hiding behind the "corporate complexity of Abengoa"

Abengoa's financial restructuring plan was based on four pillars: the first, the receipt by SEPI of 249 million euros in the form of credits from the Strategic Companies Solvency Support Fund; the US fund TerraMar Capital would lend 140 million euros to pay creditors overdue debt and would inject another 60 million in the form of capital to acquire 70% of Abenewco1; financial entities and the Cesce would grant 300 million euros in guarantees to be eligible for international competitions; and the creditors and suppliers would accept the cancellation or conversion into capital of almost 3,000 million euros.

Based on this plan, the future Abengoa would remain in the hands of TerraMar (70%) and creditors such as KKR, BlueMountain, Signature, Alden Canyon, Goldman Sachs, Melgar or Santander (30%). Clemente Fernández, president of Abengoa's parent company, has opposed this plan, since this company currently owns 100% of Abenewco1 indirectly and in the financial restructuring plan it would have zero shares. Abengoa's parent company, in bankruptcy proceedings, is now drawing up the creditors' agreement that it will present and whose approval is pending rescue by SEPI.

For its part, the rescue of the steel giant Celsa comes after more than a year full of uncertainties that have intensified in recent weeks. The Managing Council of the SEPI fund gave its approval to the granting of 550 million to the Catalan company in May, but the aid was subject to the approval of the funds holding Celsa's debt and the approval of Brussels. Two factors that came to overlap due to the lack of agreement between the company and its creditors. This forced the public holding company to approve the file even without this consent so that it could reach the European Commission table on time.

The confrontation between the company and the creditors, including the investment banks Deutsche Bank and Goldman Sachs, and the SVP and Cross Ocean funds for the arrival of the 550 million has been intense and the agreement has come on the horn. The negotiating parties did not find consensus on any of the proposals. The last known offer by the creditors was to keep 75% of the company by transforming the 2,400 million they have in debt into shares, sources close to the negotiation assured this newspaper. What further distanced the agreement, since before the approval of the SEPI, the intention of the creditors was to keep 49% of the share capital, according to these same informants.

However, this state support represents the largest amount by the fund for strategic companies, which, except for surprise, will not approve more aid. This Monday has been the last Council of Ministers where the Government could approve state support, since the fund is liquidated on June 30 without the option to grant concessions after that date, as stipulated by the European Commission.

1 Brussels endorses the disbursement to Spain of the... 2 Escrivá's latest offer for the 'in extremis'... 3 Lucia, Marta and María Pombo: three brides with very... 4 Antonio Banderas and Andrew Lloyd Webber become Friends... 5 These are the roads and streets cut off in Madrid... 6 They investigate the fatal outrage of a woman on a... 7 40% of the elderly in the Canary Islands do not make... 8 Arrested for attempted homicide when trying to set... 9 A Mauritanian civil governor (1907-1909) 10 They ask for 7 years in prison for an alleged pedophile... 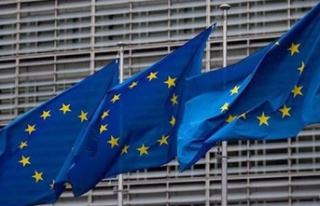 Brussels endorses the disbursement to Spain of the...