Agents of the National Police have arrested a 56-year-old man in Valencia as the alleged perpetrator of a crime of attempted murder, after apparently trying to set fire to a home in which a woman was inside. 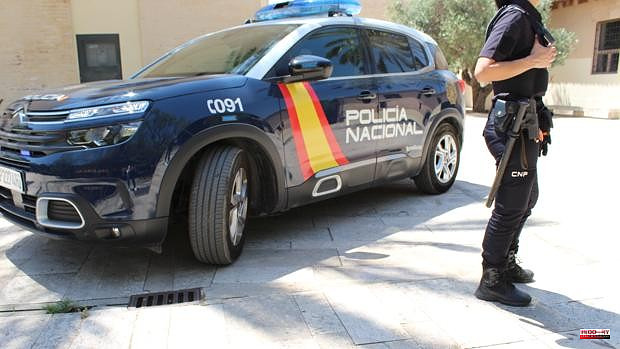 Agents of the National Police have arrested a 56-year-old man in Valencia as the alleged perpetrator of a crime of attempted murder, after apparently trying to set fire to a home in which a woman was inside.

The events took place this Sunday around half past twelve at night, when the agents who carried out prevention work were alerted by the 091 Room, to go to a street in the Marìtim district area, where apparently a man he would have set fire to a house, fleeing after the place.

The agents quickly went to the house and located the owner inside, who told them that moments before she had heard knocks on the garage door and had seen stones through the window, not giving it any importance.

However, later they would have knocked on the door opening it and realizing at that moment that the bottom of it was burned, being able to see a bottle of alcohol a few meters away.

During the course of the investigations, the agents found out that apparently a man, after throwing stones against a garage door, would have left when he realized that there would be people inside. He would then have returned with a bottle of flammable liquid with which he would have lit a ball to throw it against the facade of the house. A neighbor, observing what happened, would have suffocated the fire with a bucket of water.

After conducting police inquiries, the agents identified the alleged perpetrator of the events, locating him later giving off a strong smell of ethyl alcohol. In the presence of the policemen, in a cocky and upset attitude when asked by the agents, he would have referred to phrases such as "today I have not managed to kill him, but I am going to do it" and "next time you are not going to arrest me because I will have already killed him".

Finally, the agents have arrested the man as the alleged perpetrator of a crime of attempted murder. The arrested person, who has a police record, has been brought to justice this morning.

1 A Mauritanian civil governor (1907-1909) 2 They ask for 7 years in prison for an alleged pedophile... 3 The 28-year-old man attacked in a nightclub in Mallorca... 4 They arrest a man for beating his wife in front of... 5 The Supreme warns about the blockade of the CGPJ:... 6 The Penitentiary Surveillance judge knocks down two... 7 Basque photographer accused of abusing young models... 8 Health alert for some Peruvian avocados marketed in... 9 Tudanca calls the Government of Castilla y León a... 10 More than 12 million to repair the damage caused by... 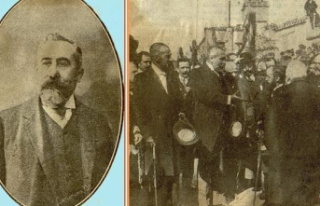