The month in which the Museo Patio Herreriano from Valladolid celebrates its 20th anniversary is lived intensely within the walls of the old monastery of San Benito. 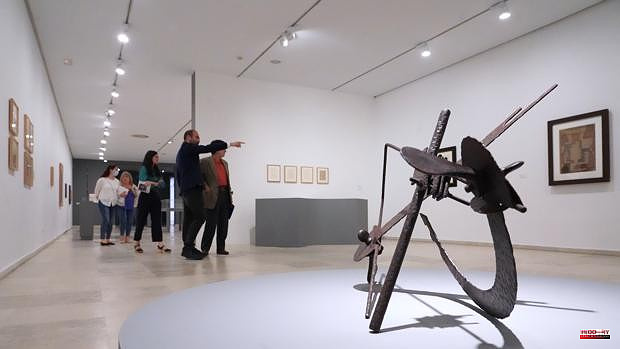 The month in which the Museo Patio Herreriano from Valladolid celebrates its 20th anniversary is lived intensely within the walls of the old monastery of San Benito. Two more have been added to the three inaugurations held since June 4 this Saturday. Five anniversary exhibitions that claim both the Contemporary Art Collection (CAC) and the line of temporary exhibitions that expand, complete and update the view of Spanish plastic creation represented in its collections, without closing off the contributions of artists from other countries.

During this week the contents of rooms 6, 7, 1 and 2 have been renewed. The 'Ferrant Universe' is housed in the first two, with funds from the Contemporary Art Collection Association guarded in the museum itself.

The artistic context in which the sculptor and cartoonist Ángel Ferrant developed, his own very personal work and documentation from his archive come to stay as part of the permanent exhibition, along with paintings and sculptures by other CAC authors, such as Maruja Mallo , Julio González, Gargallo or García Condoy.

The temporary open from this Saturday to the public ' Derivations. Photography in Spain between the 60s and 80s (rooms 6 and 7) recalls the names and trends that marked the evolution of this discipline over three decades. In "a game of resonances, dialogues and correspondences, as well as dissonances and bifurcations, between aesthetics, territories and periods", in the words of the curator, Alberto Martín, there are images of Colom, Maspons, Cualladó, Masats, Ontañon, Pérez Siquier, Schommer, Catalá Roca, Fontcuberta, Catany, Ouka Leele, García Rodero, García-Alix, Vallhonrat, Madoz...

The anniversary exhibitions transcend the national sphere with 'A revelation. Works from the Sandretto Re Rebaudengo Collection. In four rooms, and in an exhibition project with the funds of the Turin collector that is completed in the Andalusian Center of Contemporary Art -in the Sevillian Cartuja-, the Herreriano proposes a reading on «the capacity of art to face the real from an alternative position. With plot threads that touch on theatricality, the role of women in contemporary art, the analogical and the digital, and the ambivalence of meanings that creation contains, it brings together works by Sharon Lockhart, Babette Mangolte, Andrea Zittel, Jeff Wall, Sarah Lucas , Magali Reus or Mark Manders, of whom a large sculpture is exhibited in the upper corridors of the cloister.

Room 0 also enters the twentieth anniversary celebration with Dora García from Valladolid. In a divided space, the installation 'The horizon machine', made in 2000 for the Pontevedra Biennial and belonging to the funds of the Contemporary Art Collection Association, coexists with a diptych and a triptych of photographs by the author recently awarded the National Prize of Plastic Arts.

Around the space of the Patio Herreriano and its recovery revolves the fifth exhibition, 'A matter of time', in which the director of the rehabilitation, Juan Carlos Arnuncio, recalls the project that turned the deteriorated monastery into a museum. A new life that already opens its third decade.

1 The Government rescues Celsa with 550 million, but... 2 Brussels endorses the disbursement to Spain of the... 3 Escrivá's latest offer for the 'in extremis'... 4 Lucia, Marta and María Pombo: three brides with very... 5 Antonio Banderas and Andrew Lloyd Webber become Friends... 6 These are the roads and streets cut off in Madrid... 7 They investigate the fatal outrage of a woman on a... 8 40% of the elderly in the Canary Islands do not make... 9 Arrested for attempted homicide when trying to set... 10 A Mauritanian civil governor (1907-1909) 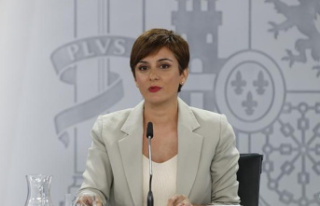 The Government rescues Celsa with 550 million, but...