Escrivá's latest offer for the 'in extremis' agreement with freelancers: installments of between 230 and 590 euros per month

The Government presented again this Monday a new offer for the new contribution system for self-employed workers with quotas that would range from 230 to 590 euros per month. 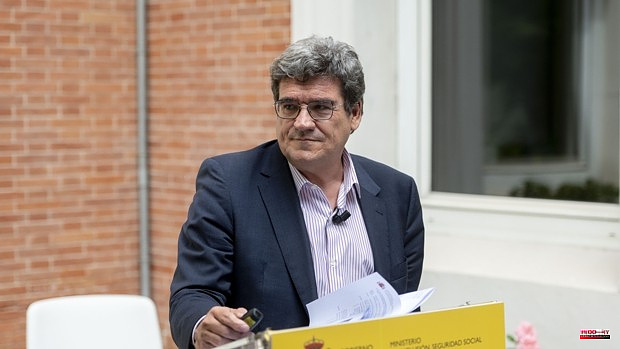 The Government presented again this Monday a new offer for the new contribution system for self-employed workers with quotas that would range from 230 to 590 euros per month. The proposal lowers the minimum rate, for those who enter less than 670 euros per month, by 10 euros compared to the last proposal presented to the agents at the negotiating table a week ago and raises the maximum by 25 euros. But with a nuance, this maximum fee will be applied to a new income bracket from 6,000 euros per month, so the new proposal includes up to 15 contribution brackets for self-employed workers.

In addition, the proposal lowers the now penultimate contribution tranche, that of 4,050 euros per month of performance, which in the previous proposal of the Ministry of Inclusion, Social Security and Migration amounted to 570 euros and which now becomes 530 euros.

However, sources close to the negotiation assure that these are amounts that would be reached in 2025, so it remains to be seen if the Executive agrees to apply a transition for 2023 and 2024 or if they are applied directly from the next month of January.

For net returns of between 1,300 and 1,500 euros per month and between 1,500 and 1,700 euros per month, the level of the current minimum fee is maintained, 294 euros. So they would not experience changes in the price with the reform.

In the absence of days to present a drinking agreement to Brussels for the reform of the self-employed contribution system, the Government and the associations representing the group finalize a preliminary agreement that will set the quotas based on the net returns of the group. This was recognized by the president of ATA, Lorenzo Amor, this Monday, assuring that the pre-agreement for this new system "is very close", although he warned that the next 24 hours will be key to being able to present it. Moncloa sources point out in this sense that the last meetings have made "significant progress" to reach that pact for the reform of the RETA.

Amor slipped during the presentation ceremony of the 2022 Summer Courses 'New challenges for freelancers and entrepreneurs' hosted by the Rey Juan Carlos University that in recent days contacts have been maintained in which the positions between the last official proposal would have been closer transferred by the Executive to the agents at the negotiation table -which collected quotas of between 245 and 570 euros per month distributed 14 quotation tranches in an intermediate proposal that ABC has been able to know- and the one sent by the ATA, Cepyme and CEOE in the last few days as a counteroffer to this latest tranche specifications.

«We are in a meeting, throughout these days contacts have been maintained. But we can say that we are very close to there being a pre-agreement (for the new self-employed quota)", assured Amor, warning that "until we see the horizon of the sections from 2023 to 2025, it is caught with pins".

“We are closer to a pre-agreement than last week. We have to see how the next few hours progress. But we don't want to throw the bells on the fly. We want the flat rate for the self-employed to be maintained without restrictions and to start uncovering the base for those over 47 years of age”, Amor stated at the same time that he held the meeting at the Ministry of Social Security set for this Monday to advance in the last aspects of the reform of the RETA that will be in force during the next three years.

In this sense, although the ATA president assured that there has been no urgency or countdown to having to reach an agreement before a certain date and that the negotiations date back a year and a half, the Brussels examination will be fundamental in order to release the financing of European funds for reconstruction that should arrive in the second half of the year, amounting to 6,000 million euros. This was recognized by the head of the European Projects Office of the CEOE, Luis Socías, when he assured that "the reform of the contribution system must be agreed before July 30 in order not to have problems with the financing of Brussels".

At this point, also the president of Cepyme, Gerardo Cuerva, present at the event of the summer courses for freelancers and entrepreneurs, pointed out that the situation does not invite optimism despite the recovery of activity due to the escalation of labor costs and production for small and medium enterprises.

“SMEs are reducing their margins. Energy supplies have skyrocketed, in some cases the supply chain has been interrupted and profitability has plummeted. Sales do not keep pace with rising costs. Labor in 2022 is approaching 6%. The global increase is above 23% and sales increase by 19%. In 2021 the company's profitability was 3.7% and now 3.1%, at 2016 levels," Cuerva warned, assuring that "inflation makes us poorer."

1 Lucia, Marta and María Pombo: three brides with very... 2 Antonio Banderas and Andrew Lloyd Webber become Friends... 3 These are the roads and streets cut off in Madrid... 4 They investigate the fatal outrage of a woman on a... 5 40% of the elderly in the Canary Islands do not make... 6 Arrested for attempted homicide when trying to set... 7 A Mauritanian civil governor (1907-1909) 8 They ask for 7 years in prison for an alleged pedophile... 9 The 28-year-old man attacked in a nightclub in Mallorca... 10 They arrest a man for beating his wife in front of... 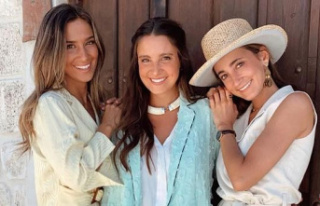