First day of the Spanish Snipe Cup for the 92 registered crews, from all over Spain and Portugal. 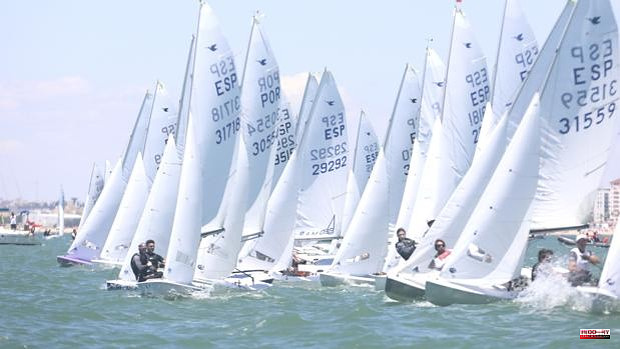 First day of the Spanish Snipe Cup for the 92 registered crews, from all over Spain and Portugal. Several places for the Cascais World Cup in contention and two sleeves scheduled. The regatta committee hoisted the Delta flag at 12:00 on time and all the boats headed to the regatta field located in front of Valdelagrana beach.

Two groups, blue and yellow, to facilitate the development of the sleeves and avoid crowds. 8 - 10 knots west for the first heat that was clearly favored by the left side of the race course. In the yellow group, Mahonés Damien Borras imposed his law by taking an indisputable first, while in the blue group, the American Ernesto Rodríguez did the same.

For the second round, the poniente would increase its intensity, putting all the crews to the test. Victory again for the master world champion in Vilamoura 2018 Damián Borrás in the yellow group, while the crew from Coruña Tabara / Ribao prevailed in the blue.

With all this, the RCN Mahón Borrás/Franceschi crew ended the first day as provisional leaders, followed by their clubmates Jordi Triay / Cristian Vidal and the Americans Ernesto Rodriguez / Kathleen Tocke completed the podium.

Swords held high for the two remaining days, with tomorrow's being decisive to define the members of the gold group that will compete for the final victory of the championship.

1 «Platoon», just three points behind «Quantum»... 2 Uriarte wins the Athletic elections, which will be... 3 Vetusta Morla makes a (almost) full Wanda vibrate... 4 5 Facts About NYC Smart Home Market 5 Our Lady of Transit: religious architecture at the... 6 Regional houses: the small homeland beyond the terroir 7 Madrid, shielded by the NATO summit: street closures,... 8 Solar nutricosmetics, in which cases is it recommended? 9 Nadeem Siraj, chef of Indian cuisine: «Having the... 10 The UN denounces that Maduro continues with the torture... 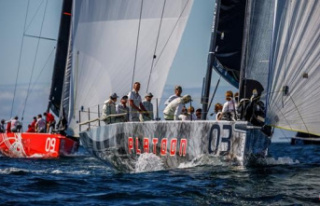