He has been in Spain for 23 years and 17 at the helm of one of the best Indian restaurants in Madrid, the Tandoori Station, which has worked well almost since it settled in the city. 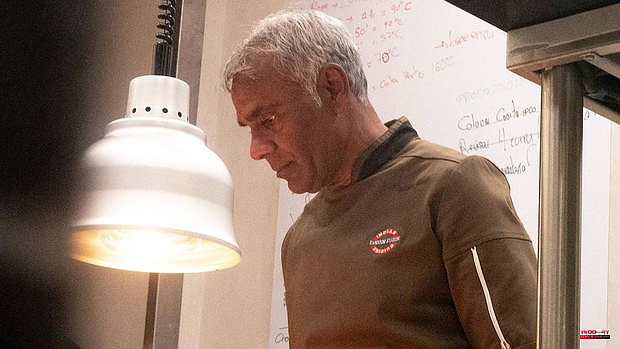 He has been in Spain for 23 years and 17 at the helm of one of the best Indian restaurants in Madrid, the Tandoori Station, which has worked well almost since it settled in the city. However, and even with a sector reeling after the closures and capacity caused by the pandemic and the current personnel problems it is registering, Nadeem Siraj has decided to open a second location -Namak- to finally make the kitchen of the dreams of the. That she is also Indian, but above all from the subcontinent (including Pakistan, her country of origin, and also Bangladesh, Nepal, Bhutan and Sri Lanka) and dedicated to breaking stereotypes and clichés that many times, directly on the plates or even before in the popular imagination, relate this gastronomy with sauces that seduce with flavor and aromas while masking and ruling in a dictatorship.

He came to Spain for love, after meeting his Spanish wife in Brazil, where he had ended up after resoundingly emancipating himself from the family mandate, and once here he fell in love again, this time with the national product. Around him he has designed his new gastronomic proposal, even more refined and select, and located in that tone in the lower side of the Rosewood Villa Magna hotel, in the capital.

«Since I arrived in this country I have seen a Spanish product that is so, so good, and not even an Indian chef has touched it yet. That is a sin. Having this product here and not touching it or thinking about it is a sin," he tells ABC Gastronomy.

At Tandoori Station, at Ortega y Gasset and set like a train station with stops all over India, it has already stood out for its quality proposal, but now with Namak it goes much further and gets rid of, first of all, a decoration too referential and overloaded. Instead, the elegant venue incorporates a Spanish-style terrace and, in the living room, it is devoid of decorations except for some huge handcrafted rattan baskets on the ceiling, a wall covered with old molds or printing stamps for saris and some photographs, yes- of Indian faces.

Only when opening the menu (they also have a tasting menu, at 55 euros, also the price of their average ticket) do their origins appear, and the revelation of their purpose. “I wanted to advance Indian cuisine, because both here and in many other places in the world, what you see is very basic, with some dishes and a standard menu that does not go beyond and in which the product is missing,” he says. And he adds: «I have chosen the best of the Indian subcontinent, its recipes, cooking techniques and especially the spices of each area, but incorporating Spanish products. That is why, for example, I use the Asturian or Galician cow, although in my country that is unthinkable, but it is so good that how can we not eat it! Just like seafood, fish and Iberian pork».

Siraj believes that, so that the spices native to his land do not dominate his kitchen, as is often the case in many Indian restaurants, it is important to carefully study the balance with the other ingredients. He calls it 'the math of spices'. «For me they are fundamental, I always work with them, but some are very strong and dominate a lot, while a good product is delicate, so if there is not a balance of spices in perfect harmony, its flavor will disappear. It's a fine line not to mess it up », he explains.

Thus, Namak's menu highlights its chutneys, its lentil or lamb curry (cooked for two days with ginger and saffron) and its fish -clean and tasty- Calcutta style. Although the cook's favorite is the beans from the Massala farm with artichokes from Tudela, "a dish that has surprised me and that reminds me of a curry that my mother made with chickpeas and that I ate with naam bread and cleaned the plate". And it is that Siraj returns with this proposal to his roots, to those he built watching his mother cook with her "small box of spices, with which, however, she prepared so many different flavors," he recalls in Madrid. Even so, he studied what they sent him, electronic engineering, and it was not until he had his degree that he decided to break with everything abandoned on the continent to travel the world and then settle in the farthest and most different place he could think of, which was Australia.

But he went through more places, in all of them "learning and observing", until he settled in Madrid. When he arrived here, with the firm idea of ​​opening his own restaurant, he found that Spain shared what he had seen abroad: "for many people, Indian food is cheap, it is not elegant but rustic, and I knew that I wanted to change that image, bring it to haute cuisine, bring new recipes and incorporate this product. That he be an Indian, of course, but not the same as everyone else, as the majority are».

Like the rest of his colleagues in the trade, Siraj works hard, now divided between the two stores and fighting to provide "maximum quality without too high prices." He hardly has any free time, although he considers himself completely made for Spain ("when you live in a place you must integrate with the people, the culture, the gastronomy, learn their language and participate in their life," he maintains), and expresses his love for the best that their host land has: “their way of living, what people enjoy, go out, meet friends. It is very nice to share life.

1 The UN denounces that Maduro continues with the torture... 2 They demand from the Cuban regime a life certificate... 3 NATO Summit: the agenda of the 48 hours that will... 4 At least two dead and several injured in a shooting... 5 A couple drowns in the waters of Lloret de Mar 6 Free shows for everyone in more than a hundred municipalities... 7 Towards a more sustainable wardrobe 8 Jesús García Fernández, mayor of Ugena for 6 years,... 9 Felipe Sicilia, loyal to Adriana Lastra, one of the... 10 Turull (ERC) calls on the ERC to take advantage of... 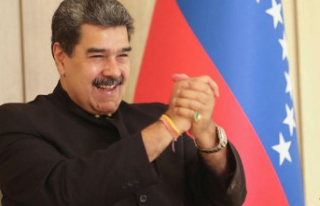 The UN denounces that Maduro continues with the torture...