At the bottom of all the lives of Madrid's alluvium there was always a regional center. 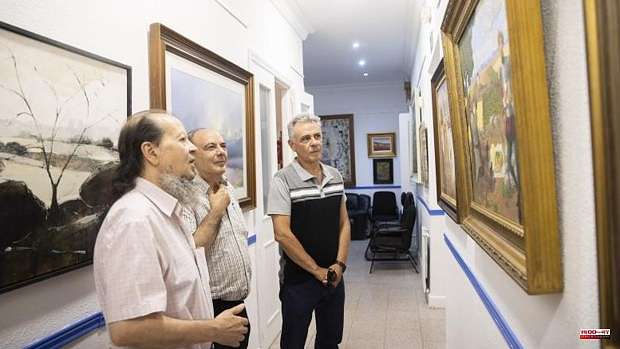 At the bottom of all the lives of Madrid's alluvium there was always a regional center. Something more than a place of passage, an intermediate stay between home and what the city gave. The Madrid City Council website has brought them together on a map, but the telephone number that should centralize them is not there... Nor is it expected. And there is only the option of associating with the good of God in what some call "plural Spain", and others see as not "losing roots with the colony". The regional houses, at least in Madrid, have the aroma of the 19th century, when the city grew. And they had a second surge in the 50s. The homeland, the small homeland, also in the provinces.

ABC brings together the heads of the houses of Castilla-La Mancha, Soria and the Asturian Center of Madrid at the headquarters of the former. From the outset, they greet each other between canvases of a Campo de Montiel with clouds and entertain the reporter with congratulations. Then they talk. Each one with their accent and about the 'target' they have in these dystopian times.

José Fernando Sánchez, head of the castellanomanchega, indicates an element that backbones them. A solidarity above the terroir. No one is exiled in Madrid, but Castile is diverse and the Asturian has had a lot of sea through. There is also "a concept of reformulation of the regional house: the corridor to Guadalajara and the outskirts of La Sagra no longer give these regions a feeling of remoteness." And yet, José Fernando, host among mills and skies of disciples of El Greco or Benjamín Palencia, insists on the need for him.

In a room like a boardroom, Valentín Martínez-Otero, from the Asturian Center (the oldest in Spain), asks for the floor. He recalls joint events that politicians have not reached: first, one with the people of La Mancha in defense of the Magna Carta. And it is that chauvinism does not go through the imagination of these people.

Javier Muñoz captains the Casa de Soria in Madrid and pity for the people who not only took exile ("more than Galicia"), but also the pandemic. His is the effort that Soria supports Salamanca and Palencia. They reached 700 members, today just 30, and the spirit intact. And with a choir in which the Sorians mix the voices, and the tonalities, and dissolve some non-existent provincial controversies giving the "do" from the chest.

The host, José Fernando, once again takes the initiative of the parla to point out the imbrication of the regional houses in the construction of "a Madrid that is a metropolis" and that has been built with the contribution of the closest, of the most distant; Spanish all in the case at hand. A book on Ceuta is presented in a while, which indicates the heterogeneity referred to by the head of the House of Castilla-La Mancha. It is also true that "bagpipes, choirs are lent", and Valentín recalls the Asturian pride, almost mining, with which the people of León helped their countrymen from below in difficult times. To those of the street of the Pez. Because Spain is more than the provincial division of Javier de Burgos.

The regional houses are a world. Recently, eleven entities, out of many more, held a meeting with the councilor of the Central district to coordinate. There is a multitude in the Court, they are united, and hence Martínez-Otero's words of "re-structuring Spain" if the Ortegan comparison is forgiven/understood. They are not moved by jingoism, perhaps more to attract the Madrilenian to whom all the new technologies and transport have put their land at the door of his home. Obviously, they work with the institutions, but they are not embassies. They are something deeper and more inclusive.

The objective is to bring back the young people, who left behind "the conception of the regional house as a help center." José Fernando focuses on the fundamental issue. Either everything is updated, or activities are scheduled almost daily, or horror. His counterparts agree with him. They pose under the watchful eye of a porcelain from the Doncel de Sigüenza. Martínez-Otero, for Asturias, concludes by reciting from memory a fragment of 'Litany to our Lord Don Quixote' by Rubén Darío. The three agree and prepare a summit with more people, without so much press.

The universal, yes, of Castilian Manchego. A concept that his House wants to adapt to the 21st century.

1 Madrid, shielded by the NATO summit: street closures,... 2 Solar nutricosmetics, in which cases is it recommended? 3 Nadeem Siraj, chef of Indian cuisine: «Having the... 4 The UN denounces that Maduro continues with the torture... 5 They demand from the Cuban regime a life certificate... 6 NATO Summit: the agenda of the 48 hours that will... 7 At least two dead and several injured in a shooting... 8 A couple drowns in the waters of Lloret de Mar 9 Free shows for everyone in more than a hundred municipalities... 10 Towards a more sustainable wardrobe 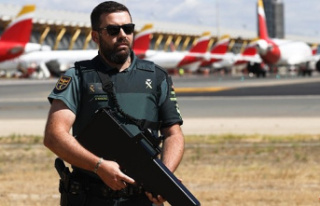