His candidacy came practically in injury time and when two heavyweights had already been presented. 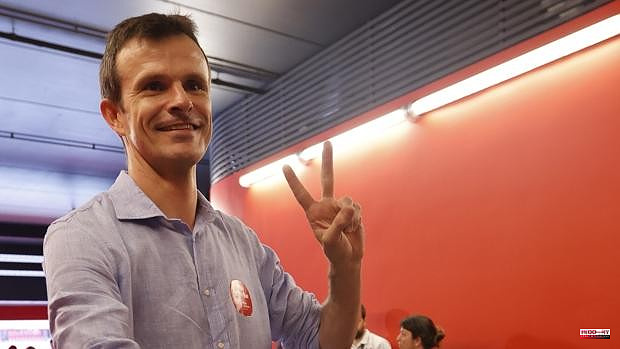 His candidacy came practically in injury time and when two heavyweights had already been presented. Jon Uriarte has had to measure himself against the more 'peneuvista' candidacy represented by Ricardo Barkala, director of the Port Authority of Bilbao, and the 'more business-like' candidacy headed by Iñaki Arechabaleta. Finally, that 43-year-old who came to Ibaigane presenting himself as a "self-made entrepreneur" has imposed himself on the tradition that has always prevailed in the club until now.

This Friday has been the chronicle of an announced victory. Uriarte's name has been the most repeated in the exit polls, which have given him more than 50% of the votes.

It has been, according to club sources, an unappealable victory. The youngest candidate in these elections has managed to prevail in the 24 polling stations. The second most voted candidate has been Arechabaleta and the third place has been for Barkala.

His victory also means that Ernesto Valverde will sit on the bench for the lions next season. The 'Txingurri' is an old acquaintance of the fans of La Catedral. He is also one of the coaches who has managed the most games for Athletic and this will be his third season at the rojiblanco club.

The young entrepreneur, founder of Ticketbis, gave a first blow by being the candidate who achieved the most endorsements at the beginning of the campaign. This Friday he was so clear about his victory that he has arrived at San Mamés explaining to the media that he had brought a suitcase with clothes to change into a more appropriate look in the face of his proclamation.

The partners have nicknamed him 'the young man' from the beginning, despite the fact that he has a successful track record in business management. So much so, that Ebay bought the ticket reselling platform that he had created for 165 million euros, an operation considered one of the greatest business successes of the Basque entrepreneurship. His candidacy was a surprise from the beginning and many partners have described it during the campaign as a "breath of fresh wind".

His campaign has not been without controversy. In fact, Uriarte refused to participate in a three-way debate and distanced himself from the first moment of the fair play that Barkala and Arechabaleta had signed. The most critical moment occurred two days before the elections. Uriarte was forced to dismiss his sports director, Carlos Alviña, after some sexist and homophobic messages emerged on social networks.

One of his challenges in the coming years will be to recover the illusion of a crowd that has seen his club lose up to four consecutive finals. On the sporting front, in addition to recovering 'Txingurri Valverde', he proposes that Sergio Navarro, from Levante, take over the reins of the Athletic youth academy. He has also ensured during the campaign that there will be a loan and sporting development director and a performance manager. In the quarry, his commitment also includes improving the early recruitment of young promises and also integrating the men's and women's teams so that everything is the same Athletic.

On the economic level, the challenge is to reverse the economic consequences left by the closure of stadiums and the capacity limitations imposed by the pandemic. As he has explained in his campaign, his commitment to increase the club's income is to achieve a strong team that participates more frequently in European competitions. He has also assured that he will look for formulas to increase the membership base and create loyalty programs. Among his promises is to turn the Cathedral into another tourist attraction in Bilbao to be included in the list of monuments proposed by tour operators.

There is also no doubt that Uriarte reaches the presidency of Athletic endorsed by a large number of partners. Finally, 22,689 members voted, 56.35% of the members, almost ten points above the participation that was reached in 2018, although far from the record registered in 2011.

One of the keys to the high participation has been the fact that for the first time in history the ballot boxes have been placed inside San Mamés. In fact, before nine in the morning, when the polls opened, there were already some 300 people waiting to cast their vote and during the day there have been images of members proudly casting their votes with the cathedral of background.

The high influx of people has made the atmosphere that has been experienced on the esplanade in front of the stadium has been very lively. An atmosphere at certain controversial moments due to the high rivalry that existed between the candidates. Numerous well-known faces from Basque society have passed through there who, in addition, are members of the rojiblanco club. Among others, historical figures of the club such as Joseba Etxeberria or Javier Clemente have been seen in the Cathedral. Also the senior staff of the PNV, with Aitor Esteban at the head, or the president of the Basque PP, Carlos Iturgaiz, who has asked whoever the new president was to make all the "efforts" to "attract sporting triumphs."

1 Vetusta Morla makes a (almost) full Wanda vibrate... 2 5 Facts About NYC Smart Home Market 3 Our Lady of Transit: religious architecture at the... 4 Regional houses: the small homeland beyond the terroir 5 Madrid, shielded by the NATO summit: street closures,... 6 Solar nutricosmetics, in which cases is it recommended? 7 Nadeem Siraj, chef of Indian cuisine: «Having the... 8 The UN denounces that Maduro continues with the torture... 9 They demand from the Cuban regime a life certificate... 10 NATO Summit: the agenda of the 48 hours that will... 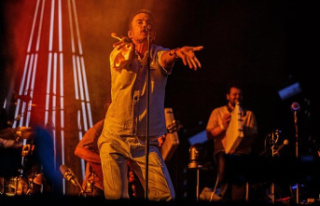