The UN High Commissioner for Human Rights, Michelle Bachelet, echoed the conclusions of a new report in which she denounces that the government of Chavista Nicolás Maduro continues with torture, arbitrary executions and persecution of the opposition in Venezuela, in addition to attacking and criminalizing NGOs for receiving international support. 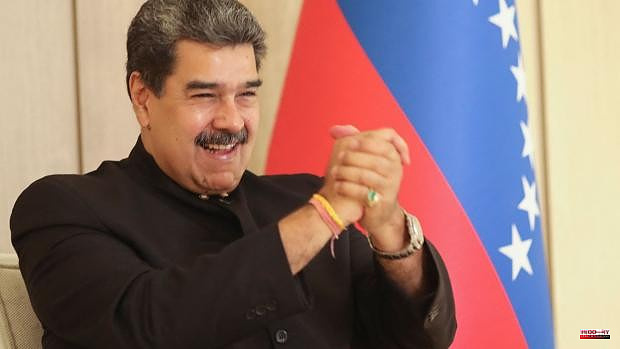 The UN High Commissioner for Human Rights, Michelle Bachelet, echoed the conclusions of a new report in which she denounces that the government of Chavista Nicolás Maduro continues with torture, arbitrary executions and persecution of the opposition in Venezuela, in addition to attacking and criminalizing NGOs for receiving international support.

Bachelet referred to a study carried out between May 1, 2021 and April 30, 2022, in which she concluded that "certain progress" is evident with respect to the recommendations presented in previous reports but in which also, without However, it again warns about the serious violations of human rights in Venezuela.

His office in Caracas documented six cases in which the State security forces acted in popular neighborhoods, causing the death of several residents.

"In at least three of those cases, the deceased had allegedly suffered torture or ill-treatment before his death," he warned.

It also recorded "the arbitrary detention of at least 13 people" during police operations and received complaints of "incommunicado" detention, given that the relatives of the detainees did not receive information about their whereabouts for up to a month. "In at least three of these cases, the detainees were allegedly tortured or ill-treated," he stated.

On the other hand, he acknowledged progress in reducing judicial delays and the use of detention, although he clarified that "challenges persist to guarantee the right of all accused persons to liberty and to a fair trial without undue delay." In addition, it pointed out "35 cases of violation of the right to freedom, including six women", while, at the time of writing the report, "at least 22 people were still subjected to coercive measures beyond the limits established in the legislation applicable in force”.

The Working Group on Arbitrary Detention issued reports stating that "eleven detainees were in arbitrary detention." "Arbitrary arrests were observed in the context of peaceful protests, although fewer than in previous reporting periods," he said.

Regarding the physical and mental integrity of detainees, the Public Ministry "received 235 complaints about alleged violations of the human rights of people deprived of liberty, including 20 related to people facing charges related to terrorism."

For her part, Bachelet directly received "complaints of torture or ill-treatment related to 14 people deprived of liberty" and lamented that "the lack of adequate investigations and protection against reprisals discourages victims from denouncing."

According to Bachelet's report, "undue restrictions on civic and democratic space continue to be observed in Venezuela, in particular stigmatization, criminalization and threats against dissenting voices, civil society, the media and trade unionists, which affect their ability to effectively carry out their legitimate work.

In this sense, "154 cases were documented, including 46 cases of criminalization, 26 reports of threats and harassment, 11 acts of violence and 71 cases of stigmatization of human rights defenders, journalists and other members of civil society." In addition, at least five members of the political opposition were arrested, while "two trade union leaders and a human rights activist" were deprived of their liberty.

The report will be presented on June 29 before the United Nations Human Rights Council.

1 They demand from the Cuban regime a life certificate... 2 NATO Summit: the agenda of the 48 hours that will... 3 At least two dead and several injured in a shooting... 4 A couple drowns in the waters of Lloret de Mar 5 Free shows for everyone in more than a hundred municipalities... 6 Towards a more sustainable wardrobe 7 Jesús García Fernández, mayor of Ugena for 6 years,... 8 Felipe Sicilia, loyal to Adriana Lastra, one of the... 9 Turull (ERC) calls on the ERC to take advantage of... 10 Arrested for committing 142 robberies with force in... 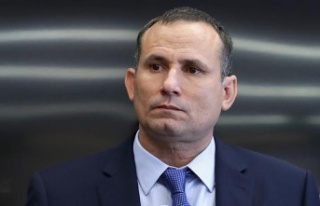 They demand from the Cuban regime a life certificate...