Platoon does not give the Rolex TP52 World Championship for lost. 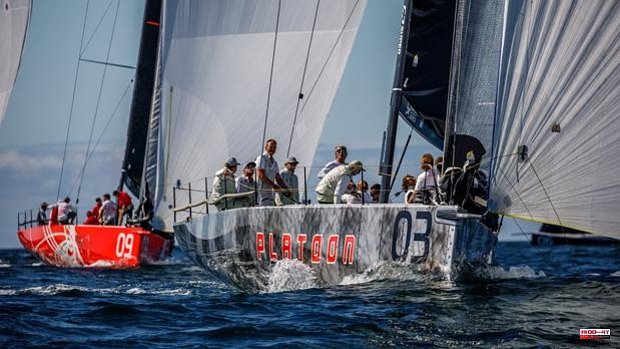 Platoon does not give the Rolex TP52 World Championship for lost. On the contrary: he has added a good dose of spice to a regatta that seemed like a Quantum Racing monologue. Harm Müller-Spreer's boat today came within three points of Doug DeVos' after winning the second heat while the World Cup still has two exciting rounds to go tomorrow in the waters of the Cascais Naval Club. The first test of the day was won by Takashi Okura's Sled, who was the best boat on the water today, with a first and a third.

Platoon arrived at the start of the eighth round in Cascais eight points behind Quantum Racing. But a puncture by the Americans and the victory of the Germans in an arduous fight with Provezza has left the World Cup wide open; so much so that either of these two teams can be proclaimed champion tomorrow as soon as things go well for them.

It already seems like something between DeVos and Müller-Spreer, and only third place on the podium remains open, for which Phoenix, Alegre, Vayu and Sled will fight, who face the final day grouped in only three points.

Thus, the two sailboats with the most pedigree in the fleet of 52 Super Series will fight tomorrow for the final victory. If Quantum wins, it will be his fourth wound since Rolex sponsored the World Cup; if Platoon does it, it will equal three wins in this prestigious event with the North American project.

Again, the first sleeve of the day was long in coming. It was not until 2:50 p.m. when the head of the Regatta Committee, María Torrijo, was able to start the nine boats that make up the 52 Super Series fleet. From the start, Platoon made an off-line that forced him to retrace his steps and go back through the starting line. Harm Müller-Spreer's men had a meritorious heat, as they went from last place to the fifth final after a great comeback.

The defending champion, the American Sled, was the one who made the best start from the Committee and was able to sail at will on the first beat. Takashi Okura's men controlled the heat perfectly and reached the windward gate with an already significant distance over Doug DeVos's Quantum Racing and Tony Langley's Gladiator. An advantage that they would not lose to complete a placid race and sign their second partial victory in this Rolex TP52 World Championship. This first regatta on Friday served to see the first serious puncture of the Vayu in the entire World Championship. The Thai boat signed a last place that reduces its aspirations but remains in the ointment for the podium in Cascais.

The second round had very similar conditions to the first, with 8-10 knot winds but more from the right than in the first, since it broke with a 310 wind. It was clear that the good side was the right side of the field regattas, and everyone wanted to go out with the Committee. There was revelry, and the Gladiator hit the Sled's stern with its bowsprit, for which it was penalized. The one that came out the best was Provezza, who quickly took the line on the right side and dominated the entire first beat. However, in the stern he had a couple of mistakes that allowed Platoon to take the lead.

The most serious was leaving the door to the ground for the German team so that from that side they could already dominate the heat. The one who had a pretty bad time was Quantum, who came to go in eighth position and in the end was able to come back to sixth position that leaves the World Cup wide open for the last day. With two sets to go, only three points separate the Americans and Germans.

Víctor Mariño, coarse of the Platoon, states: “This is the TP52, the regattas are always open until the last day. There are options to win the regatta and I think there are more people who can win, although Quantum and we have it a little better. You have to go day by day as Simeone says. It's not going crazy, for example, in today's first in which we have made an off-line and we have recovered until the fifth. In the second round everything went very well for us and John and Jordi did a great job positioning us in the best place on the field in the first stern. Tomorrow is going to be a totally different day. We'll see how people adapt to the wind and the waves."

1 Uriarte wins the Athletic elections, which will be... 2 Vetusta Morla makes a (almost) full Wanda vibrate... 3 5 Facts About NYC Smart Home Market 4 Our Lady of Transit: religious architecture at the... 5 Regional houses: the small homeland beyond the terroir 6 Madrid, shielded by the NATO summit: street closures,... 7 Solar nutricosmetics, in which cases is it recommended? 8 Nadeem Siraj, chef of Indian cuisine: «Having the... 9 The UN denounces that Maduro continues with the torture... 10 They demand from the Cuban regime a life certificate... 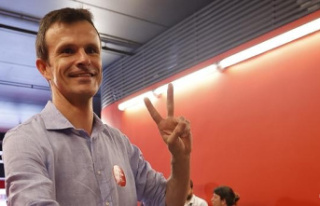