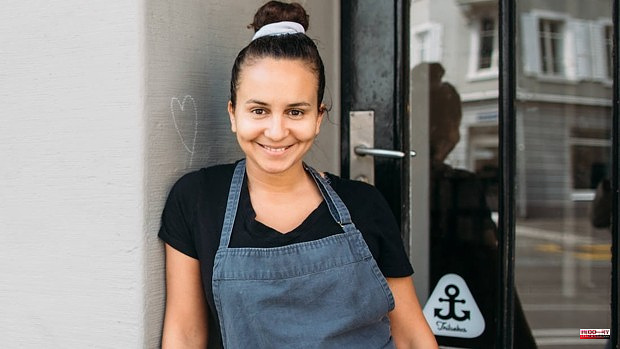 Pol Contreras began, at just 15 years old, to vibrate with chocolate. He learned to read it at the Espai Sucre school, and a short time later he was nurtured by some of the greatest chefs in recent history to achieve excellence in his craft. From Martín Berasategui to Piere Gagnaire, passing through Carles Gaig or Cedric Grolet. Contreras today understands the raw material, cocoa, like few others, but years ago he stopped understanding chocolate as it is exploited by the industry. He then began a journey - literally, around the world, and personally - to break with some aspects that, in his eyes, made this product somewhat dehumanized and unfair.

His concern for sustainability -which goes beyond the environment- and his work is, in the eyes of The World 50 Best, worthy of being an example to change the future of world gastronomy.

For this reason, the Catalan chef is, since last Friday, one of the four Spaniards who have just been included in the '50 Next' list that recognizes the talent of those who are already making a difference in various areas of the sector around the world today. Profiles such as that of the scientist Eneko Axpe, linked to the study of biomaterials -he has even worked for NASA- capable of substituting animal protein for vegetable protein and incidentally curbing 37% of the greenhouse gases produced by the food industry. Or that of the Spanish-Moroccan Zineb Hattab, in charge of the vegetable kitchen of her restaurant in Zurich after, in 2014, her life took a radical turn from being a software developer to a chef. Another Basque, Javier Rivero, closes that homeland list from his Ama Taberna restaurant in Tolosa, an example of the inseparable link between a chef and the producers that ABC has highlighted in these same pages.

Their lives and projects thus stand out along with those of 46 other young people who develop innovative ways of understanding gastronomy committed to their communities. They form a network spread over 30 territories on six continents and are identified as "next generation leaders in food and beverages". Most are under 35 years old.

Contreras is among the oldest on the list - he was born in 1986. He lives between Ezcaray and his native Barcelona, ​​with world stops in Vietnam, India or, most recently, Mexico, to learn about the cocoa beans that he uses in his chocolates and those who plant and harvest them. “The industry is looking for the perfect chocolate and has the capacity to work with it that way. But I can only make five bags of cocoa in my small workshop. I have learned to value imperfection. It amuses me and seduces me", explains this representative of the 'bean to bar' movement -from the bean to the tablet- that takes advantage of cocoa residues to make other products: beer, wine and even textile dyes by the hand of the designer Arantza Vilas.

Hattab got into the kitchen with Josean Alija at the Nerua restaurant in Bilbao. After that first incursion he went through the Osteria Francescana and El Celler de Can Roca. In the midst of a pandemic, he set out to open two spaces in Zurich: the Kle restaurant and the Dar bar, both based on vegetables. His concern for sustainability transcends, as for his colleagues on the list, the environment, focusing on the human: "We cannot help change the world with our food if we ourselves are not happy and healthy in our lives."

A concern that Rivero shares in Ama Taberna -a four-handed project with Gorka Rica-. Like the cook, he came to the kitchen from engineering. "I wake up every day wondering which producer I'm going to talk to. We have a very special relationship. We never negotiate the price, they are part of our family », he says.

Axpe, for its part, has entered the kitchens of the three-star Azurmendi and collaborates closely with Eneko Atxa. He is also a co-founder of the Oraibi company that "creates tasty food from waste."

Bilbao has been the city in which the list was presented in its second edition, the first in physical form. In the previous one, this publication, in which the Basque Culinary Center participates as an academic partner, already recognized the talent of other young Spaniards: Marc Coloma -founder of Heura Foods-; the brothers Mikel and Ion Zapiain -cider makers-; Clara Díez -from the cheese shop Formaje, in Madrid- and the scientist Maitane Alonso.

1 Educate looking into the eyes 2 German booksellers award the Peace Prize to Ukrainian... 3 Record Reviews of the Week: 'Elvis' OST,... 4 Trump knew there were weapons in the Capitol mob and... 5 Tragedy aggravates Biden's immigration crisis 6 Sturgeon wants a legal consultation even though Westminster... 7 The Venezuelan opposition platform calls primaries... 8 A cry for help alerted to the 'horror truck'... 9 The G7 increases the pressure on Putin and prepares... 10 Escrivá's assignments to save the self-employed... 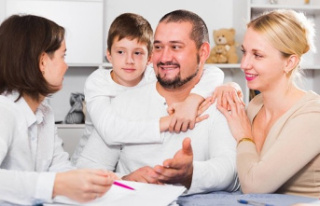 Educate looking into the eyes