The executive secretary of the Opposition Unitary Platform, Omar Barboza, today announced the call for primary elections to elect next year the candidate who will compete in the 2024 presidential elections. 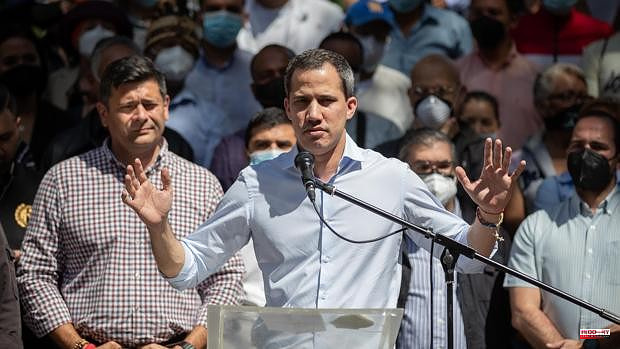 The executive secretary of the Opposition Unitary Platform, Omar Barboza, today announced the call for primary elections to elect next year the candidate who will compete in the 2024 presidential elections.

The coalition of 30 parties, which supports the interim president Juan Guaidó, invited all Venezuelans to participate in the construction of the internal elections for which they will activate a web page called www.primariaunidad2023.com on July 1.

“This effort, as we have said before, belongs to everyone and for everyone, therefore we invite Venezuelans to participate in the construction of the 2023 Primary and from July 1 we make the website available so that they can contribute their ideas, proposals or observations," said Barboza during the reading of the statement presented to the media.

“All Venezuelans over the age of 18 will be able to vote inside and outside the country. The unitary candidate that is chosen will undertake to carry out the minimum government program that the coalition will present”, he added.

“Likewise, we will go out to the streets throughout the country to talk with all Venezuelans about this process and collect their opinions directly. In the same sense, we will advance forums, assemblies, sectoral consultations, to conclude once all the opinions have been heard, with the approval of the norms that have more consensus and technical feasibility, "he added.

When asked about the lifting of the disqualification of candidates for the presidential elections, Barboza indicated that on the platform “there is a special commission made up of Freddy Superlano and Omar Barboza. It is an issue not yet resolved, but necessary to go to free elections. Not only candidates promoted by political parties will participate, but all Democrats who want to run.

Regarding the date of the primary elections, he reiterated that "it will be known at the end of the current year, that is, 2022, and its completion in the course of 2023."

It has not yet been defined who will make up the electoral commission, who will be "suitable," said Barboza, who "will decide whether to request national and international technical support."

Regarding the United States delegation, together with Ambassador James Story, visiting Caracas for the second time, who will meet with Nicolás Maduro, said that the unitary platform has not requested the lifting of sanctions against the regime.

Maduro announced that a US delegation was meeting with Jorge Rodríguez but without going into details on the subject of the bilateral meeting. The delegation would be made up of the special envoy for Hostage Affairs, Roger Carnsten, and Ambassador Story "traveled to Caracas to talk about the well-being and security of US citizens in Venezuela."

1 A cry for help alerted to the 'horror truck'... 2 The G7 increases the pressure on Putin and prepares... 3 Escrivá's assignments to save the self-employed... 4 This is the judicial “ordeal” to enter the National... 5 Delgado faces his first Fiscal Council after the punishment... 6 The Bildu-Sánchez pact in the Democratic Memory Law... 7 Carmen de Rivera: «The best thing about Ciudadanos... 8 Spain and the US resume dialogue after an agreement... 9 The murderer of the Lardero boy, transferred to Logroño... 10 There is a message for you: celebrities learn to monetize... 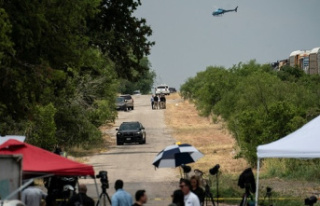 A cry for help alerted to the 'horror truck'...