Boris Johnson will soon have on the table a new letter from Nicola Sturgeon on the subject of a second referendum on independence in Scotland, this time, specifically, to ask him to discuss the way forward so that this vote, scheduled for October next year, , be a reality. 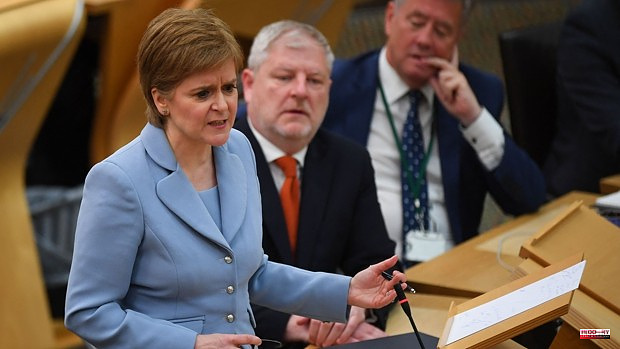 Boris Johnson will soon have on the table a new letter from Nicola Sturgeon on the subject of a second referendum on independence in Scotland, this time, specifically, to ask him to discuss the way forward so that this vote, scheduled for October next year, , be a reality. The letter is necessary because the law is very clear: the British government, based in Westminster, needs to give the go-ahead for a consultation of this nature to take place.

This was what happened in 2014, when David Cameron's executive granted the necessary power, called the Section 30 order, which allows certain powers to be transferred to the Autonomous Government for a set period of time or permanently, a fact that in these eight years since then, not only has it not happened again, but Boris Johnson has made it clear that as long as it is in his hands, it will not happen.

So Sturgeon will send his letter knowing that formal consent to ask the Scots if "Should Scotland be an independent country?" will not be granted.

Hence, it has already been clear in assuring that it will still go ahead with its plans, but at the same time, in an apparent contradiction since permission from London is necessary, it defended that the consultation must be "unquestionably legal" and "constitutional", so the next step on the map drawn up to the fall of 2023 is to ask the Supreme Court, through the Lord Advocate of Scotland, Dorothy Bain, to review the referendum bill with the aim of knowing the legal limitations to the Scottish government faces if Sturgeon fails to convince Johnson. The chief minister hopes that the Supreme Court can "provide clarity and legal certainty in a timely manner", and if it finally decides that she and her government do not have the power to hold the vote, she warned that in the next general elections all her efforts will be focused on campaign for secession.

On the contrary, if the Court's response is favorable to him, he will get down to work to complete his mission. "What I am not prepared to do, what I will never do, is allow Scottish democracy to be a prisoner of Boris Johnson or any prime minister," she said in her speech yesterday to Stormont MPs, and "if it turns out that there is a legal way for this parliament to give the people of Scotland the option of independence in a referendum, and if the UK government continues to deny a section 30 order, my party will fight the UK."

A few weeks ago it transpired that precisely Alex Salmond, chief minister during the 2014 referendum and protagonist of a sexual scandal whom Sturgeon relieved after his resignation after the consultation, pressured her to reveal as soon as possible "how she will bend Westminster to the will of the Scottish Parliament".

1 The Venezuelan opposition platform calls primaries... 2 A cry for help alerted to the 'horror truck'... 3 The G7 increases the pressure on Putin and prepares... 4 Escrivá's assignments to save the self-employed... 5 This is the judicial “ordeal” to enter the National... 6 Delgado faces his first Fiscal Council after the punishment... 7 The Bildu-Sánchez pact in the Democratic Memory Law... 8 Carmen de Rivera: «The best thing about Ciudadanos... 9 Spain and the US resume dialogue after an agreement... 10 The murderer of the Lardero boy, transferred to Logroño... 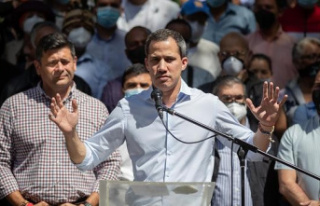