A large part of the agreement to reform the self-employed contribution system based on their real income, which will take place in the next few hours, responds to the concessions that the Government has made since the first proposals for sections presented more than half a year ago. 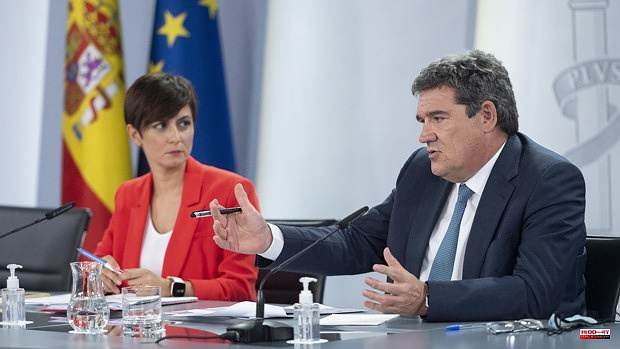 A large part of the agreement to reform the self-employed contribution system based on their real income, which will take place in the next few hours, responds to the concessions that the Government has made since the first proposals for sections presented more than half a year ago. And most of this lowering of expectations is carried out in the quotas provided for the self-employed with medium and high incomes.

Thus, in the Government's first offer, a horizon for the application of the reform was established until 2031. With respect to the table provided for that year, the installments for net income of more than 4,050 euros per month provided for at 1,266 euros per month were they remain at a maximum of 590 euros (a figure that will be reached in 2025) so that the amount foreseen for the monthly payment to Social Security is reduced by 53%.

For the section between 1,700 and 1,900 euros per month of net income, it was established more than half a year ago that the price would rise once the reform was implemented to 535 euros, while the final document leaves it at 350 euros, that is, 34 % less. The previous section from 1,500 to 1,700 euros is in the same situation, where a quota of 474 euros was set, which will finally be established at 294 euros, 37% less. Also in the quota of 413 euros for those who obtain profits of between 1,300 and 1,500 euros, it is reduced to 294 euros, 28% -these are the sections that would maintain the minimum quota that is currently paid to RETA-.

In the initial quotation sections there have also been variations in the successive proposals. Thus, for 1,125.9 to 1,300 euros, it goes from an initial fee of 351 euros to one of 290 euros, 17% less. And from 900 to 1,125.9 euros, a share of 293 euros was considered, which was finally set at 270 euros, 8% less. In the second section, from 670 to 900 euros, a rate of 250 euros is set from the 244 originally planned, which is 2.5% more than in the first version proposed by Social Security, while for income of less than 670 euros rises from the 183 euros that they paid as a maximum with the first offer to the 230 euros with which they will end in 2025, 36%. These first two sections are the only ones that have suffered an increase in their share over the course of the different drafts, up to six to which ABC has had access.

Although it should be noted that this is a comparison of maximums, between the limit that will be reached in 2025 with the current proposal and the one that was reached in 2031 with the first draft, the latter also improves the scenario forecast for three years from now. the first document prepared by Social Security, although in a more moderate way.

In this way, that first draft provided for in 2025, the third year of transition, a list of fees ranging from 257 euros to 474 euros. Here, the reductions with respect to the current draft that in principle will operate within three exercises. In fact, the same quota of 474 euros was applied for the last eight sections (this initial draft had a total of 13 sections).

1 This is the judicial “ordeal” to enter the National... 2 Delgado faces his first Fiscal Council after the punishment... 3 The Bildu-Sánchez pact in the Democratic Memory Law... 4 Carmen de Rivera: «The best thing about Ciudadanos... 5 Spain and the US resume dialogue after an agreement... 6 The murderer of the Lardero boy, transferred to Logroño... 7 There is a message for you: celebrities learn to monetize... 8 30 percent more lifeguards and surveillance even by... 9 Lasso retains the presidency and defeats the opposition... 10 Jesús Urrea receives "satisfied and proud"... 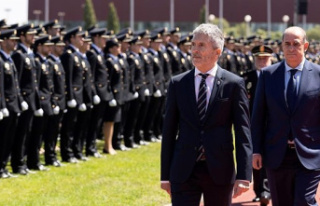 This is the judicial “ordeal” to enter the National...