Trump knew there were weapons in the Capitol mob and wanted to join: "I'm the fucking president"

Donald Trump knew that part of the mob of his supporters who stormed the Capitol on January 6 of last year to prevent Joe Biden from being certified as president was armed, he struggled with his security team to join the disturbances, he knew - as his inner circle - that day could be tragic, said that his vice president deserved to be hanged and when the violence broke out he opted for a long time to do nothing. 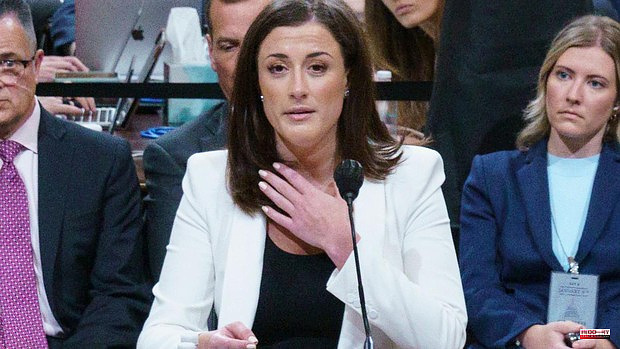 Donald Trump knew that part of the mob of his supporters who stormed the Capitol on January 6 of last year to prevent Joe Biden from being certified as president was armed, he struggled with his security team to join the disturbances, he knew - as his inner circle - that day could be tragic, said that his vice president deserved to be hanged and when the violence broke out he opted for a long time to do nothing.

The revelations -some anticipated, others suspected- about the behavior of the former president of the United States. in one of the most embarrassing episodes in the history of the oldest and most established democracy in the world came in a new appearance this Tuesday of the committee of the House of Representatives investigating what happened.

It was a surprise appointment, called the day before. The committee was not expected to appear again until well into July, with two weeks off after its first five sessions.

It had to be something important to change the planned schedule. The session did not disappoint. Cassidy Hutchinson appeared, a figure unknown to the general public but with relevant information about those days and weeks in which Trump sought to reverse the results of the polls.

There is no one closer to the US president in the White House than his chief of staff, his right-hand man: Mark Meadows. And Hutchinson was Meadows' direct assistant. In other words, the witness made it possible for the committee, the public and the entire United States to see through a small hole in the screen what happened in the West Wing of the White House.

His account of those tense days shows a Trump unleashed, angry, blinded by the attempt to prevent the transfer of powers and cling to the presidency. And to an intimate circle in which some encouraged him, others moved away and others warned of the seriousness of what was happening.

He was not wrong. It was the day that the 'trumpist' mob forced their way through police cordons, broke windows, forced doors, desecrated the seat of popular sovereignty and tried to prevent Biden from being certified as president. Five people were killed in the riots, including a Capitol police officer.

Days before that, Trump heated up his supporters with his unsupported accusations of voter fraud and called for a big rally on January 6 with the slogan "Stop the theft." Many were prepared to go later to the Capitol to interrupt the certification, presided over by Vice President Mike Pence, who also has the position of president of the Senate.

In the hours leading up to the rally, Hutchinson said police told Meadows and Trump that many supporters arrived with weapons: pepper spray, knives, bulletproof vests, brass knuckles, batons. Tony Ornato, a senior official under Meadows who acted as a liaison with the Secret Service - the security body that protects the president - warned the chief of staff that "these fucking people are putting spears on the ends of sticks the flags”.

The committee also issued police radio communications that day warning of people with semi-automatic rifles. Later it was learned that members of the Oath Keepers, a far-right militia, had an arsenal of weapons prepared in a hotel in Virginia (with more lax regulation than Washington) and that the police confiscated dozens of weapons from the protesters. Four people were charged for it.

None of that changed Trump's plans, according to a conversation Hutchinson overheard before the president took the stand. "I don't give a shit if they have guns, they haven't come to hurt me. Get rid of the fucking security gates," Trump said, concerned mostly that there would be more people at his rally, to give an image of strength in his claim of electoral 'theft'. "They can march on the Capitol from here, let the people in and remove the arches."

In his speech, Trump said he knew that "everyone who is soon going to march on Capitol Hill to make their voices heard in a peaceful and patriotic way," a phrase his supporters use to excuse him from the violence that ensued. . But he also said, at the end of his speech, that "if you don't fight like hell, you will be left without a country." Liz Cheney, a Republican deputy on the investigative committee and one of the few fractious voices with Trump in her party, called the attention of the public to what those words: the president knew that there were armed people, that violence was possible and still encouraged them. to march on Capitol Hill.

He also wanted to do it. In one of the surprising episodes recounted by Hutchinson, Trump confronted the driver of his armored car because he refused to drive to the Capitol after the rally, like the protesters, and headed back to the White House. "I'm the fucking president, take me to the Capitol right now," he rebuked her and tried to reach the steering wheel with her hand, according to what Ornato told her. Robert Engel, the head of the Secret Service, told him that he had to get out of it and grabbed his arm, to which Trump responded with a slap.

The violence broke out with the president already in his residence. Among the cries of the 'trumpist' mob, 'Mike Pence to the gallows' could be heard. Hutchinson heard Meadows tell White House legal director Pat Cipollone what Trump thought of it: "He thinks Mike deserves it. He doesn't think they're doing anything wrong," he said of the mob.

Cipollone was one of those who most insisted -also some relatives of Trump- for the president to go out and ask the protesters to leave the Capitol and their violent acts. "He doesn't want to do anything, Pat," the chief of staff told him. Indeed, the then president took hours to send messages on Twitter. And when he did, he went to charge at Pence, without asking him to stop the violence. In the end he did, on Twitter and in a televised message.

Trump was quick to attack Hutchinson, saying in a message on his social network, Truth Social, that he barely knew her and what little he heard from her was that she was a "fake" and a "leaker." Several Republicans disqualified Hutchinson's testimony and claimed that she was speaking "by hearsay." But there is something indisputable: she appeared under oath, with the threat of perjury. Others, like Meadows, do their best not to talk about it.

1 Tragedy aggravates Biden's immigration crisis 2 Sturgeon wants a legal consultation even though Westminster... 3 The Venezuelan opposition platform calls primaries... 4 A cry for help alerted to the 'horror truck'... 5 The G7 increases the pressure on Putin and prepares... 6 Escrivá's assignments to save the self-employed... 7 This is the judicial “ordeal” to enter the National... 8 Delgado faces his first Fiscal Council after the punishment... 9 The Bildu-Sánchez pact in the Democratic Memory Law... 10 Carmen de Rivera: «The best thing about Ciudadanos... 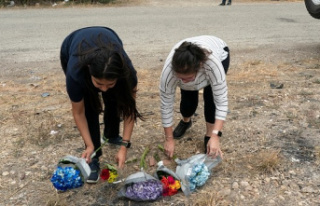