The dozens of bodies found lifeless in a 'coyote' truck in South Texas is the most tragic face of the migratory crisis that the United States is experiencing and that complicates the presidency of Joe Biden. 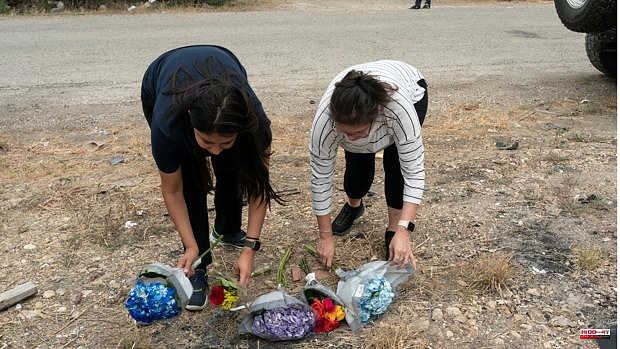 The dozens of bodies found lifeless in a 'coyote' truck in South Texas is the most tragic face of the migratory crisis that the United States is experiencing and that complicates the presidency of Joe Biden.

The arrests of undocumented immigrants on the border with Mexico have skyrocketed with the Democratic president in the White House, despite the fact that he has maintained -first by election, then by judicial blockade- a large part of the border closure established by his predecessor, Donald Trump, on the occasion of the Covid-19 pandemic.

Last May, the last month with data from the border police, almost 240,000 people were detained. It is possible that the number has grown this month and it is assumed that in the remainder of the fiscal year (until the end of September) last year's record will be broken -1.73 million arrests- and the two million arrests will be exceeded. arrests.

One of the factors that has caused the number of arrests to grow is that regulation due to covid: Trump used Title 42 to reject the entry of the vast majority of immigrants for public health reasons. The consequence is that most of the detainees are returned to Mexico immediately and many try to cross again. According to data from the border police, 25% of those arrested in May had done so on at least two occasions.

The Republicans, however, accuse Biden of relaxing immigration policy, after the Democrat arrived at the White House with promises of immigration reform, regularization of millions of undocumented immigrants and good treatment for those who cross the border. They know that it is a decisive card in the legislative elections this fall, where they seek to snatch the meager majorities of the Democrats in the House of Representatives and in the Senate.

"These deaths are due to Biden," attacked the governor of Texas, Republican Greg Abbott, who is playing for his position in November and who has toughened his immigration policies in the last year.

In a statement shared yesterday by the White House shortly after Biden arrived in Madrid for the NATO summit, the US president assured that it is "shameful" that "politicking is done with a tragedy."

Biden focused his criticism on the 'coyotes' who smuggle immigrants across the border: "This incident reinforces the need to go against the multimillion-dollar criminal industry of people smuggling," he assured and defended the campaign he launched at the Summit of the Americas to attack the 'coyotes' through cooperation with the countries of the region. “In the first three months, we have made more than 2,400 arrests and that work will intensify in the coming months.” There is no doubt that it has not been enough to prevent the tragedy in San Antonio.

1 Sturgeon wants a legal consultation even though Westminster... 2 The Venezuelan opposition platform calls primaries... 3 A cry for help alerted to the 'horror truck'... 4 The G7 increases the pressure on Putin and prepares... 5 Escrivá's assignments to save the self-employed... 6 This is the judicial “ordeal” to enter the National... 7 Delgado faces his first Fiscal Council after the punishment... 8 The Bildu-Sánchez pact in the Democratic Memory Law... 9 Carmen de Rivera: «The best thing about Ciudadanos... 10 Spain and the US resume dialogue after an agreement... 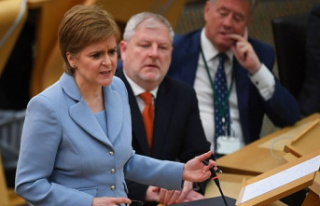 Sturgeon wants a legal consultation even though Westminster...