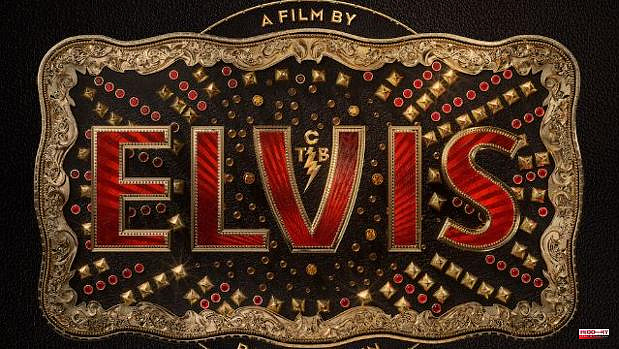 To Lavoisier we owe that ancient statement that "matter is neither created nor destroyed, it is only transformed", a law of physics that, passing over antimatter and applied to music, gives as a provisional result the remix, a genre of which, not to delve too much into the past, these days we have the first part of the anthology -always incomplete, in this case quite poor, curated based on at least arbitrary and anti-documentary criteria- that Madonna has just released with some of the synthetic works and with a disco vocation, excuse the redundancy, made from his work. More rigorous, because it's complete, it's the umpteenth installment in the series of remixes with which Depeche Mode reviews their discography for a couple of seasons, hit by hit, verse by verse and album by album. At the moment we're going for 'Exciter', downhill.

All these retrospective artifacts pale before the 'Elvis' with which Baz Lurhmann perverts the work of the King of Rock. Not only are there more or less daring remixes on this album, something that Junkie XL already did on 'Ocean Eleven' with 'A Little Less Conversation'. The ceiling was too high and the mirror ball too revved up to compete in this field. What Lurhmann does is to give it a spin, an acrobatic turn, as in 'Youth dances' by José Luis Fradejas, to what he already rehearsed in 'Mouline Rouge', now focused, even more difficult, on the work of Elvis Presley, which shrinks spaces, conditions the room for maneuver and reduces recreational possibilities, given the exclusivity and identity character of the material to be transformed by the artists who take on the challenge of distorting the classic repertoire of the Memphis performer.

There is everything in this soundtrack, whose list of guests is outstanding, at least nominally. Without extras or added stimulants, the greatness of this album arises only from the quality of Elvis Presley's catalog and the ability of his voice to activate the listener's nostalgia -guaranteed success, said Lola Delgado in her remix of the Villarejo audios -, but beyond the radical nature and vigor of the source, what Lurhmann presents in this work is nothing more than a survival manual in which each and every one of the tools available on the market appears, there are many, and here they are all, to stir or shake the past. Agenda 2030. Elvis is sustainable.

As he is Valencian, Julio Bustamente is usually hung, not without meaning, by the poster of Mediterranean folk, an ideal linked to his land and the friendliness of the work, calm and breezy, with arrangements of soft spices, accompanied by Lavender, su- band for the occasion in a play on words, fragrances and sounds that refer to Rafael Berrio, Vainica Doble, Kikí D'Akí, Neil Young, Miqui Puig, Los Caramelos, Carlos Berlanga, Serrat, La Costa Brava, Josele Santiago de ' Las Golondrinas'… In other words, people who don't shout and make the world a more beautiful place, less idiotic and serene. Mediterranean, of course, all of them from the Basque Country, Madrid, León, Zaragoza or Gijón.

The veteran artist presents this 'Sueños emisarios', with the cover of a naturalist-impressionist painting of his, essentially in harmony with the music, which has in 'Una ensaimada considerable' a kind of short autobiography of him, Spain and the Western World where shoot calmly on several fronts, our anti-Travis Bickle. «I was born in the times of the cold war, the one my parents put on every noon», the song begins, to later use its simple words charged against the Franco dictatorship and capitalism: «Where there are benefits, there are plenty of beginning". He concludes: "With many more people like Ferrer Vicente, this ensaimada would taste better."

The album begins with a spectral song of a woman (Montse Azorín plays a major role in this 'Sueños emisarios'), nothing Mediterranean but Mordorian, a woman who appeared to him in dreams, 'Jocelyn Rye, who is quickly joined by percussion , Spanish guitar, piano and change of third of sensations towards the sunny with the wise voice of Bustamente singing his luminous existentialism: «While the earth turns here I am, waiting to see the sun rise. The smell reaches me, the rain in the fields, the sea and the flower. At this time it doesn't matter who I am, the body is just a sensation. It is time to be at peace, and at the same time not to be. Exist, and nothing else. Smile alone." Between Camus and Charlie Mysterio, he swings, without adolescent fuss, towards the pleasure of living.

Other songs that stand out are the ironic 'MujeresPracticos', based on a little poem by Karmelo Iribarren; 'Las orbits elípticas', a beautiful packaging of freedom and lucidity in a double voice with Montse that stretches out between smooth Valencian jazz arrangements; 'A tiempo de saber', self-awareness of confusion, loneliness and the encounter of the pleasant vital place in which to be silent without shouting back... In short, a leisurely album, somewhat long for my specific taste, beautiful (those exciting keyboards of ' Tizón'), very reflective and not suitable for relevance according to the criterion pointed out by Fito Cabrales ("The relevance of a musician is measured by his popularity among young people"), which is the one of all life since Elvis, the Beatles and Operación Triunfo, but that is still one more example of spiritual oligophrenia that Bustamante himself could sing about if it weren't so elegant.

At some point, once the trance of post-pandemic records has been overcome and the musical creation of today has taken off, it will be necessary to ask how the last two years have really affected a world that has already entered 2020 on the verge of an attack of nerves and with mental health in precarious balance. Because, as Sophie Allison seems to tell and sing from every corner of 'Sometimes, Forever', confinement and the zillion derivatives of the Year of the Pangolin are nothing more than the drops that have ended up overflowing an anguish that had already come from afar. An endemic heartbreak that harmonizes perfectly with the shoegaze of the nineties and with that sad indie who played to put his foot in the grunge pond but without jumping completely.

That is the mold that, guitar above, synthesizer below, the Swiss-American has been using since she premiered as Soccer Mommy in 2018 with 'Clean', and those are also the coordinates between which she continues to move now that she has signed Daniel Lopatin (Oneohtrix Point Never) to inject their songs with some ghostly darkness and narcotic atmospheres. "I'm a bullet in a shotgun waiting to go off / Whenever you want me I'll be around," which he sings on the beefy, extra-grippy 'Shotgun'.

Indie heroine of the penultimate batch and the most recent link in that chain that connects Snail Mail, Lucy Dacus, Mitski and Julien Baker, among many others, Allison moves just enough to enrich her compositions without losing an iota of personality. The result, yes, is much more somber and intense. 'Unholy Affliction', almost trip hop, seems to be sung from a distant place, from the other side of 'Stranger Things', while 'Bones' and 'Don't Ask Me' recover the taste for drunken feedback and guitars cloudy. For all these reasons, Soccer Mommy's third album is revealed as a remarkable tableau of sorrows, anguish and reflections on a stardom that no longer seems so dazzling or so appetizing. An album that, not everything was going to be Locomía, recovers and updates those nineties of contrite grimace that made the emotional imbalances profitable.

1 Trump knew there were weapons in the Capitol mob and... 2 Tragedy aggravates Biden's immigration crisis 3 Sturgeon wants a legal consultation even though Westminster... 4 The Venezuelan opposition platform calls primaries... 5 A cry for help alerted to the 'horror truck'... 6 The G7 increases the pressure on Putin and prepares... 7 Escrivá's assignments to save the self-employed... 8 This is the judicial “ordeal” to enter the National... 9 Delgado faces his first Fiscal Council after the punishment... 10 The Bildu-Sánchez pact in the Democratic Memory Law... 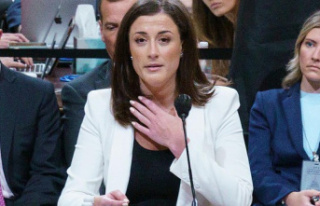 Trump knew there were weapons in the Capitol mob and...