"We honor the Ukrainian writer and musician for his outstanding artistic work and for his humanitarian attitude, with which he addresses people at war and helps them at the risk of his own life," the board of the Peace Prize foundation has defined. 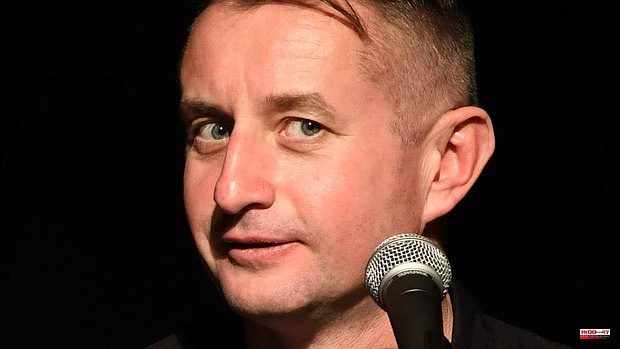 "We honor the Ukrainian writer and musician for his outstanding artistic work and for his humanitarian attitude, with which he addresses people at war and helps them at the risk of his own life," the board of the Peace Prize foundation has defined. of the German Booksellers, based in Frankfurt am Main. Zhadan, 47, who also writes rock songs, is one of the best-known representatives of contemporary literature in Ukraine and sees the award as a show of solidarity with his country, against which Russia has been waging a war of aggression since February. . He thanked the award through Facebook, where he also stressed that "it is very important that Ukraine is present in the German information space".

Even before the Ukraine war, Zhadan was a well-known writer in Germany. He writes novels, poems and essays, for which he has won several awards, in addition to his lyrics for rock bands, which he sometimes even sings himself on the Berlin stages. Furthermore, he has been involved in social and cultural projects in eastern Ukraine, where he comes from. His literary work is published in German by Suhrkamp Verlag.

Zhadan's works are characterized by a unique narrative style, combining lyrical descriptions with fast-paced, rhythmic language. Music is usually present as an influence. In the novel 'The Invention of Jazz in the Donbass' (2012), for example, he says at one point about the musician Charlie Parker: «His saxophone exploded like a chemical weapon that is destroying the enemy army. Parker breathed through his mouthpiece. and he released a golden flame with righteous anger, his black fingers nailed to the open wounds of the air (...) ».

Already before the fateful February 24, the theme of war was mixed in his writing. Now it affects his daily life. Zhadan's "intensive social and cultural engagement" increased after the Russian invasion and has been highly regarded by the jury. "Always living in Kharkiv, he organizes concerts, rescues people from troubled neighborhoods, reads poetry and distributes relief supplies around the city," describes an authorized source from the foundation. Political and social developments in his homeland are also faithfully reflected in Zhadan's work. Initially, the writer dealt in particular with the period of turmoil after the collapse of the Soviet Union and, in more recent texts, with the Donbass region of conflict and war. After the Russian attack, the author also spoke in the German media and reported on the situation on the ground.

His biography appears directly linked to the main areas in conflict and that are at serious risk of becoming part of Russian territory after this war. Zhadan was born on August 23, 1974 in Starobilsk, which is in the currently disputed Lugansk region. In Kharkiv he studied literature, Ukrainian studies and German studies and wrote his doctoral thesis on Ukrainian Futurism. He started working as a college professor and then left the classroom to devote himself full time to freelance writing. Since the early 1990s, the author has shaped the cultural scene in Kharkiv, the second largest city in Ukraine.

In 2007 his debut novel 'Depeche Mode' was published. Zhadan's most recently published novel is titled 'Internat' (2017/2018), in which the author writes in Ukrainian, but also translates poetry from German, English, Belarusian and Russian into Ukrainian. He was involved in the Kharkiv pro-European protests in 2004 and 2013-2014, and was even injured in one of the demonstrations. After the annexation of Crimea by Russia, in 2014, the theme of war became omnipresent in it.

In 'Antenne', a book of poems published in 2020 in Germany, the following verses are found: «The most catchy manifesto are the pieces of meat / that one places in the morning on the markets, like newspapers. / The most convincing rhymes are the uniform salvos and / boring / machine guns used to kill / wounded animals. / Everyone was warned, / everyone knew the contract. / Everyone knew that the price would be unbelievably higher.”

At that time Zhadan also prophesied: "We hope that Russia will not attack, but people are terrified because they do not know what tomorrow will bring and the most predictable thing is that Moscow will continue to take over our territory." Eight years later it is clear that he was right. In an interview given to the German public television channel ARD he commented in mid-June that he is currently not working as a writer. He has been like this since the beginning of the war, "because we all work as volunteers." Since the attack, “my friends and I have done dozens of concerts. On the subway, in hospitals, for the military, but that's also more of a volunteer job." "In this scenario, literature is not possible", he lamented, as a tragic sequel to Adorno's sentence: "after Auschwitz, poetry is not possible", but in his daily work he continues to speak of citizen courage and resistance to barbarism .

1 Record Reviews of the Week: 'Elvis' OST,... 2 Trump knew there were weapons in the Capitol mob and... 3 Tragedy aggravates Biden's immigration crisis 4 Sturgeon wants a legal consultation even though Westminster... 5 The Venezuelan opposition platform calls primaries... 6 A cry for help alerted to the 'horror truck'... 7 The G7 increases the pressure on Putin and prepares... 8 Escrivá's assignments to save the self-employed... 9 This is the judicial “ordeal” to enter the National... 10 Delgado faces his first Fiscal Council after the punishment... 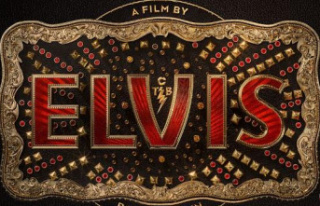