They came from all corners to sing and their faithful sold out the tickets of an entire Wanda Metropolitano. 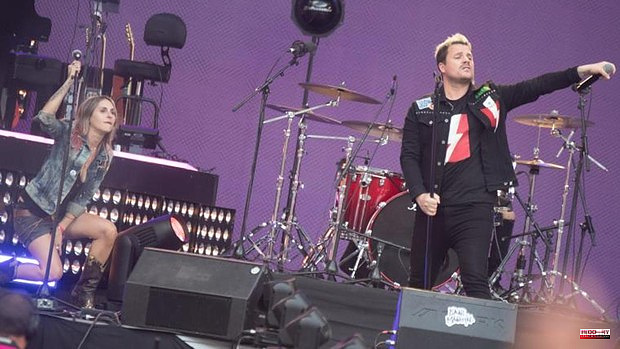 They came from all corners to sing and their faithful sold out the tickets of an entire Wanda Metropolitano. Nobody wanted to miss the Cadena 100 party, which celebrates its thirtieth anniversary in 2022. A cast of 27 national artists and three international ones (Coti, Carlos Vives and Michael Bublé) participated in a four-hour concert.

In the previous one, some protested on social networks: «A lot of padding», «Where are the international artists that you promised?». The chain sold the tickets many months in advance and without announcing the poster, thus opening the door to disappointment, although the fault will be with the buyers, right? One more example of the narcissism and lack of self-criticism of the postmodern conscience, which blames others for its decisions.

The first to open fire was Dani Martín, whose popular claim is verified. He left a good version of 'Volverá' before giving way to Coti, who was the first to suffer the technical problems that darkened the night.

As is tradition in this type of macro-concert, there were many duets. Particularly noteworthy were those of Nacho Cano and Rafa Sánchez with 'Lobo- hombre en París', Estopa and Rozalén in 'Vivir', and the most anticipated of all, Javi Nieves and Mar Amate. Mikel Erentxun and Alex Ubago had a half (good) version of 'Somewhere', a classic by Duncan Dhu, until some very ugly couplings spoiled it.

Sound problems were a constant. Incoherent singing, an uncomfortable ball of sound is what many of the audience felt during much of the show. Football stadiums are not appropriate places for live music. They are used, solely and exclusively, to earn money; this is popular wisdom. Therefore, and I return to postmodern narcissism, one should go to Wanda warned. Even so, and here they must be proved right, there were unacceptable logistical errors, especially in the first part: microphones that were missing, others that did not sound, the lyrics in the areas far from the stage were imperceptible...

As a climax, the screens, a fundamental resource in this type of event, frequently cut the heads of the artists. After a few seconds, the cameraman adjusted, but then the production changed cameras and so, with jerks and friction, we stayed all night.

And, as not everything is going to be throwing balls out, there were artists who were below the minimum expected level. Out of tune, easygoing and some, although he wouldn't put his hand in the fire for it, doing 'playback' almost certainly.

With night already hanging over the capital, the mattress fiefdom of flashes and mobile flashlights was illuminated in Melendi's performance, in a gesture that is still a cliché but that moves me every time I see it. The singer-songwriter did a good duet with Ana Mena and then Fangoria, who never fails.

Nearing the end, Pablo López put Wanda to sing a cappella before his duet with Antonio Orozco. Then an electric Manuel Carrasco, first solo and then with Malú and Michael Bublé and Pablo Alborán, who closed the macro-concert.

It has been 30 years since that May 1, 1992 in which Cadena 100 began its journey on the airwaves. Three decades in which there have been several global crises and a sadistic structural change in the world of communications. They have adapted to everything and they are still there, tuning in with the music, from yesterday and today, every day of the year. Yesterday's concert was not outstanding, perhaps not even remarkable, but the station's track record more than complies. I prefer to stay with it.

1 Music to see, touch and smell 2 Madrid premieres bailaores with duende and title 3 Which countries will attend the NATO Summit? 4 The G-7 will draw up a strategy to alleviate the famine... 5 Erdogan's opportunism has Sweden and Finland... 6 Keys to understand how NATO works 7 The Kremlin believes that at the NATO summit in Madrid... 8 The NATO summit turns Madrid into the world capital... 9 NATO will try to anticipate threats, including from... 10 Self-consumption for homes and businesses 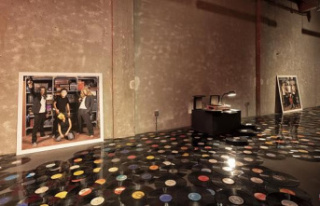 Music to see, touch and smell