After six hard years of study, with subjects such as basic dance techniques, dance history, music, study of accompanying singing or anatomy applied to dance, the students of the first group of professional flamenco dancers from Madrid arrived on Friday June 24 to the day of his graduation. 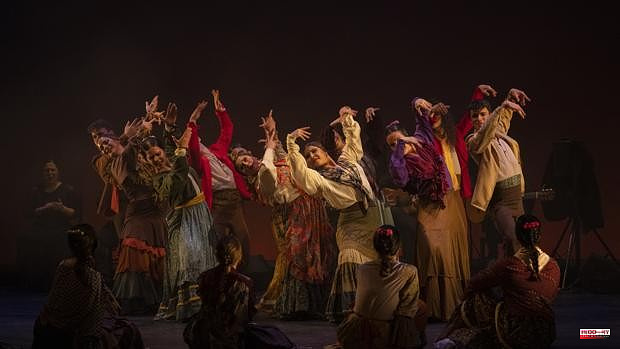 After six hard years of study, with subjects such as basic dance techniques, dance history, music, study of accompanying singing or anatomy applied to dance, the students of the first group of professional flamenco dancers from Madrid arrived on Friday June 24 to the day of his graduation. They are the first to finish these studies in Madrid.

With art in the shoes, in the arms and in the body pose, and with Antonio Canales as godfather, this group has become the first class of professional flamenco dancers to come out of the Fortea Dance Conservatory, the only one in the region that confers this professional title.

They started in the 2016/17 academic year, and since then they have heeled relentlessly, learned to step to the rhythm of the seguiriya or soleá, and to incorporate arm movements into their movements almost automatically.

The culmination of his work was to interpret the choreography 'Alhambra', created for the Conservatory by Antonio Canales.

Diego, Soledad, Zaira, Adriana, Raquel, Mara, María, Javier, Berta, Laura, Ariadna and María del Mar have been the first twelve graduates who have not had to leave Madrid to study the dance that is their passion, flamenco. . They are the pioneers of an adventure that began in 2016, when authorization to teach these studies was obtained.

As Virginia Domínguez, the director of the Fortea Professional Dance Conservatory, recalled during the graduation speech, "teachers and students were boarding the ship: we started with 15 and now we have classrooms filled with 60." Aspiring professional dancers who "breathe flamenco" and who have instilled values ​​such as "discipline, tenacity, a taste for what is well done and honesty".

Here are, for example, the videos they make every year to promote this art: one million visits in less than a week received the one entitled 'Vivimos el flamenco', which showed bailaores hanging out their clothes, having a beer or at the hairdresser's . Each promotion has a godfather who protects the students. If this first one has been led by Antonio Canales, the following sponsors are Merche Esmeralda, Blanca del Rey, El Güito and Manolete. "Having these flamenco figures as sponsors is a great incentive for our students," says the director of the Conservatory.

There are master classes, choreographers who create exclusive pieces for the center, expert conferences and live performances, and the students have professional professionals such as Antonio Márquez, Joaquín and Manuel Reyes, La Popi, Marco Flores, Ángel Rojas or Aída Gómez who have collaborated with the Conservatory transmitting their experience to future dancers.

The center celebrates 80 years of life, since it was launched in 1942 by the push of the musician, singing teacher and composer Pedro Urrestarazu, determined to train lyrical theater professionals. First it was on Calle Arenal, 26, in three small rooms where the students spread out as best they could from 9 in the morning to 10 at night. Great professionals of the time attended, such as Elna and Leif Ornberg, first dancers of the Royal Danish Ballet, or the teacher Antonio Jareño Olmedo, who was in charge of introducing the training in Spanish Dance. At this time it was known as the Professional Training School of Choirs and Dances, and at the end of the 70s, it changed to the School of Music and Dance of Madrid. Concha Velasco or Victoria Abril were formed there. In 1981, already under the name of Conservatory of Music and School of Dance of Madrid, his studies were granted official validity. In October 1994, it arrived at its current headquarters, the one that gives it its name, on Paseo del Comandante Fortea.

1 Which countries will attend the NATO Summit? 2 The G-7 will draw up a strategy to alleviate the famine... 3 Erdogan's opportunism has Sweden and Finland... 4 Keys to understand how NATO works 5 The Kremlin believes that at the NATO summit in Madrid... 6 The NATO summit turns Madrid into the world capital... 7 NATO will try to anticipate threats, including from... 8 Self-consumption for homes and businesses 9 The 'bricklayer robots' lay their first... 10 Uri Levine, the entrepreneur on the move 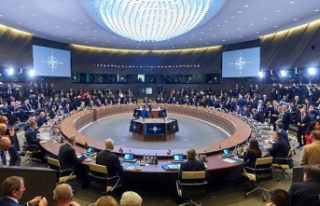 Which countries will attend the NATO Summit?