Erdogan's opportunism has Sweden and Finland on edge

The most valuable result of the Atlantic Alliance summit in Madrid would be the approval of the entry of Sweden and Finland, and the only obstacle is the one represented by the maximum Turkish leader, Recep Tayip Erdogan, a true master when it comes to playing cards his favor taking advantage of all situations, in international politics a true opportunistic predator. 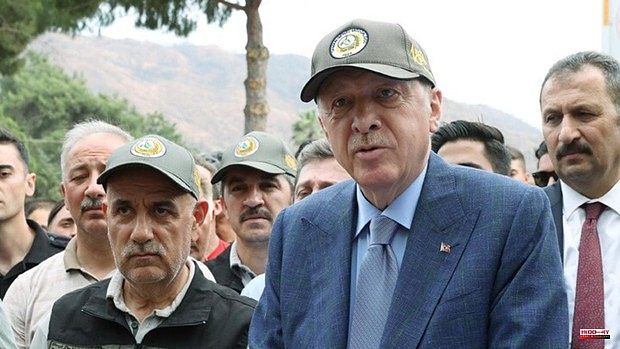 The most valuable result of the Atlantic Alliance summit in Madrid would be the approval of the entry of Sweden and Finland, and the only obstacle is the one represented by the maximum Turkish leader, Recep Tayip Erdogan, a true master when it comes to playing cards his favor taking advantage of all situations, in international politics a true opportunistic predator. Turkey is currently both a founding member of NATO and a partner of Moscow in several regional conflicts, it has irritated the allies by buying a Russian anti-aircraft system against the organization's guidelines, although it also supplies Ukraine with its valuable drones, it does not apply European sanctions against the Kremlin, but at the same time it condemns the invasion of Ukraine in the UN, so that it presents itself as the perfect mediator for the conflict.

The only thing that Erdogan does not seem to control at the moment is his country's economy, once again gripped by runaway inflation of more than 70% -according to official data- that is seriously eroding the productive fabric of the country on the eve of the elections that will take place next year. The nationalist argument is, at the moment, the main resource of the Islamist leader and there is no better place to play this type of bet than in the Atlantic Alliance, where it can boast of being the country with the second largest army, after the United States United States, and contemplate it from its indispensable strategic position for the West.

The Secretary General of NATO, Jens Stoltenberg, has organized meetings between representatives of Sweden and Finland with Turkish envoys to try to iron out the rough edges that continue to be Erdogan's argument to maintain his veto on the expansion of the Alliance. At this time, all the analysts and diplomats who move in the NATO orbit consider that there is no possible proportion between a historical event such as the request for admission from two neutral countries such as Finland and Sweden and the differences over the treatment more or less tolerant of the Scandinavians with the Kurdish separatists whom Ankara persecutes with the army. For Erdogan it is the other way around, it is a historic opportunity to close an escape valve for his enemies and, incidentally, humiliate Sweden in particular at a time when this country is asking for the protection of NATO and also of the United States. , which relied on Kurdish militias in its operation against jihadism in Syria.

The possibilities that the expansion of NATO is closed in Madrid are still open, nothing would prevent Erdogan from deciding at the last moment to withdraw his veto and allow a positive decision, which must be unanimous. Nor would it be impossible for the decision to be taken later in an Atlantic Council session involving foreign ministers, but missing the opportunity for this to be agreed at a summit by all the Allied presidents would be a considerable disgrace and would send a confusing message to the Kremlin, in any case of weakness and division at a time when the only thing that interests everyone is maintaining unity.

That unit is not Erdogan's main target in any case. An example of how for him there are no interests other than his own is the new military operation in Syria that he has ordered this month to expand his security strip inside the territory of this country with the occupation of two areas to the north and northeast from Aleppo, Manbech and Tel Rifaat. With this gesture, Erdogan has irritated the United States (that is, NATO) and Russia, both present in the area, at the same time.

In this environment, the question is to know what price Erdogan is going to put on the income of Sweden and Finland. The Turkish autocrat is, of course, interested in Sweden renouncing its principle of granting asylum to the persecuted, something that may have an added political cost for the Government now that it had managed to overcome the barrier of neutrality for the first time. But that probably won't be enough.

Above all, Turkey wants the United States to agree to sell it the very modern F-35 fighter-bombers to replace the F-16s that are becoming obsolete, except to cause repeated incidents on the border with Greece, which, in addition to being a neighbor, is also an ally in NATO. The main problem for the United States to agree to sell the new planes is that Turkey already has the most modern Russian anti-aircraft system, the S-400, and fears that essential information about the F-35's defenses ends up in Moscow's hands. through this technology that is not approved by NATO, which would reduce to nothing the strategic value of this device that is still the main option for almost all allied modernization programs.

There is a possible solution that has also appeared in recent days and that could please everyone except Moscow. The United States is trying to convince Turkey to get rid of these anti-aircraft systems and give them to Ukraine to defend against Russian aircraft. It would be a paradox if the planes that Putin sends against Ukraine were neutralized by his own military technology.

The price for this would have to be that Washington would then agree to deliver to Erdogan its own anti-aircraft defense system, the 'Patriot' missiles like the ones that, by the way, Spain maintains deployed in Turkey as a NATO mission and that the United States does not wanted to sell him. Aside from the technical difficulties of such a move, it would break its space relations with Putin, so Turkey is unlikely to agree.

Any of these steps or the combination of various concessions, whether in Libya, Syria or the Eastern Mediterranean, where Turkey has also strained relations with Cyprus at the expense of possible gas fields, could unblock the issue at the last moment of the crucial incorporation of Finland and Sweden into NATO and that this historic step was celebrated in Madrid. Erdogan knows perfectly well how to tighten the rope and how to loosen it when he is interested. Now that he needs financial help, for example, he has forgotten everything he said about the macabre murder in Istanbul of the Saudi journalist Jamal Kashogui, and this week he received the crown prince Mohamed Bin Salman with full honors in Ankara, while they published evidence of their direct involvement in the events. In the face of his own interest, Erdogan has no scruples.

The main problem for him remains the Turkish economy, which is plummeting due to his erratic and unorthodox politics. There are those who say that the actual inflation data would be double the recognized figure and would already be on the three-digit scale. But even in these dramatic moments, he may be able to use this to his advantage.

1 Keys to understand how NATO works 2 The Kremlin believes that at the NATO summit in Madrid... 3 The NATO summit turns Madrid into the world capital... 4 NATO will try to anticipate threats, including from... 5 Self-consumption for homes and businesses 6 The 'bricklayer robots' lay their first... 7 Uri Levine, the entrepreneur on the move 8 Pazo de Vilane, the pioneer farm that showed that... 9 Organic food deepens its roots in the midst of a harvest... 10 Pedro Sánchez promotes the tax on energy companies... 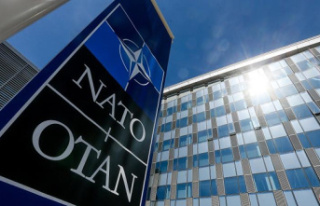