The North Atlantic Treaty Organization (NATO) will approve its new strategic doctrine at the Madrid summit, which will define the guidelines of the main military alliance on the planet to face the new security challenges. 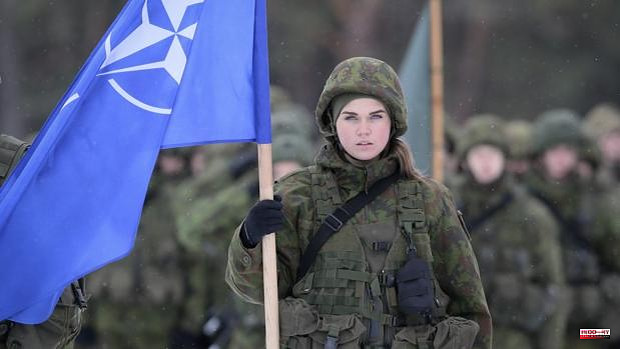 The North Atlantic Treaty Organization (NATO) will approve its new strategic doctrine at the Madrid summit, which will define the guidelines of the main military alliance on the planet to face the new security challenges. The last document of this type was approved in 2010, when the world looked radically different from the one it presents at the moment and it was believed that the main threat would come from the Middle East and jihadist terrorism. In the midst of the war in Ukraine, Alliance strategists have defined the core of this new strategic concept based on an environment in which persistent threats and challenges to the economy of allies no longer have geographical limits.

Although the document is still being prepared and will not be fully revealed until it is approved at the summit, it maintains NATO's four traditional fields of action (defense, deterrence, crisis management and collective security) but adds a new one, which is the to prevent the possible essential interferences of the economy and the normal functioning of the life of the member countries. And taking into account the evolution of the planet in recent years and the emergence of these new hybrid threats, it defines this last element as a priority and therefore speaks of the concept of 'one plus four' ('one plus four', in English) to mean that from now on NATO must be able to plan and anticipate any threat. Even those that seem unlikely, since experience has shown that they can become real at any time.

Since the last strategic concept was approved, NATO has experienced things like the humiliating withdrawal from Afghanistan on the one hand and the emergence of a new threat on its borders, with the Russian invasion first of Crimea and now of the rest of Ukraine. Between one event and another, people have gone from thinking that conventional weapons are not the best tool for certain types of conflict to thinking again in terms of tanks and self-propelled guns. And in both cases, the diffuse threat of cyberattacks with an economic objective carried out remotely persists.

Putin has not only changed the situation in the geographical environment of Russia but has ended all the theories that took for granted that after the Cold War the maintenance of peace would be something automatic. And the world horizon also presents the unknown of China, which was seen as a second-tier actor on the international scene, essentially committed to stability, and yet is becoming a gigantic military power with the ability to change all balances. if, for example, it deepens its policy of closer ties with Russia or, worse still, if it decides to imitate it and attack Taiwan, an island it claims as its own.

The authors of this document have to include the sensitivities of all countries (Spain, for example, insists that the southern Mediterranean be specifically mentioned), but the weight of the opinion of the North American Administration is always essential in NATO. And what Joe Biden wants is, above all, to make it clear that NATO continues to be an alliance of democracies against totalitarian systems of all origins and conditions. Gone is the bipolar world that had the Soviet Union and communism as the somewhat predictable adversary, democracies continue to be harassed by multiple anti-liberal systems by hostile elements that in turn use all kinds of combinations of hybrid threats.

At the end of the era of relative stability in Europe, it was thought that even Russia could find an accommodation with the European Union, according to the terms of the principle of mutual benefit that Germany preached so much, thinking that doing business with Putin would dissipate its military obsessions. Western analysts are aware that Russia uses as a pretext for the invasion of Ukraine the fact that practically all the countries that were satellites of Moscow during the Cold War have chosen -once liberated- to join NATO, which Russia has interpreted as an aggression against their "vital space". Ukraine's ambitions to do the same have been the ultimate pretext for launching the invasion of this country. In this way, the Alliance has abruptly found itself with a war at its doors and a real threat against all the allied countries of Eastern Europe. The situation is so serious that even two countries that have been characterized by their recalcitrant neutrality policy, Sweden and Finland, have hastily requested their entry into the organization, and although specific mentions to specific countries are not expected, the new strategic doctrine will maintain the policy of open doors and the horizon to realize what was already made clear in 2008 that Ukraine will one day also be a member of NATO.

In the 2010 document it was assumed that “the Euro-Atlantic area is at peace and the threat of a conventional attack against NATO territory is low”. With his invasion of Ukraine, Putin has made it clear that conventional and nuclear military power remains essential and that Europe's borders could still be changed by force. In addition, the Kremlin does not base its power exclusively on the army, but there are other fields, such as cyberspace, in which it can attack the West and the economies of liberal countries. The neighborhood of the European allies has become a theater of war.

And on the other hand, China is no longer that recognized "responsible actor" of the international community and has begun to be a worrying factor. Its undoubted economic progress, its rapid technological evolution and its enormous needs for raw materials and resources make this country a direct competitor of the allies. In recent years, it has proceeded to purchase ports on all continents, thereby equipping itself with a global intervention capacity that makes it an increasingly global player. The United States has promoted a specific military alliance for the Pacific, the Aukus agreement involving Australia and the United Kingdom, but China is also a potentially disruptive element for Europe and will undoubtedly appear in this way in the document on the new strategic doctrine of NATO.

1 Self-consumption for homes and businesses 2 The 'bricklayer robots' lay their first... 3 Uri Levine, the entrepreneur on the move 4 Pazo de Vilane, the pioneer farm that showed that... 5 Organic food deepens its roots in the midst of a harvest... 6 Pedro Sánchez promotes the tax on energy companies... 7 Oppositions to the National Police: suspended with... 8 These are the cheapest hours of electricity this Sunday,... 9 The Kremlin's dark poison factory 10 The aristocrat who hated women: without inheritance,... 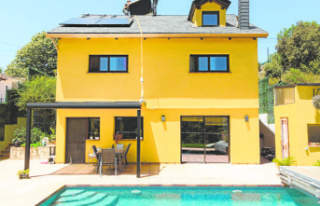 Self-consumption for homes and businesses