The leaders of the G-7 have been landing since last night at the newly paved heliport for access to Schloss Elmau, a mansion built in 1916 in Bavaria by the philosopher and theologian Johannes Müller, who conceived the building as a cultural and spiritual refuge at the foot of the imposing Alpsitz, a mass of rock 2,628 meters high that, with its mere presence, dwarfs the perception of the human condition. 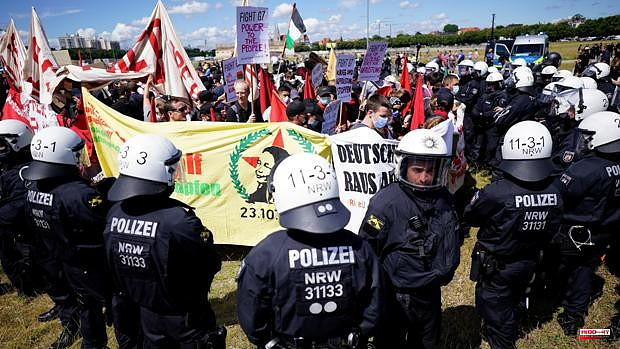 The leaders of the G-7 have been landing since last night at the newly paved heliport for access to Schloss Elmau, a mansion built in 1916 in Bavaria by the philosopher and theologian Johannes Müller, who conceived the building as a cultural and spiritual refuge at the foot of the imposing Alpsitz, a mass of rock 2,628 meters high that, with its mere presence, dwarfs the perception of the human condition. The elites of the time held brilliant political and intellectual meetings there that culminated in waltz evenings. And while they danced, the Nazis seized power. Those invited to Elmau are now aware that they also run the risk of an authoritarian force breaking through, while they deliberate from summit to summit.

The official objectives of this meeting are to once again show the world the unity of the West against the Russian invasion of Ukraine, draw up a strategy to alleviate the famine caused by the grain blockade and begin to outline a Marshall Plan for Ukraine that will make its reconstruction possible. But between the lines of the program a fundamental question can be read: in what state is the West?

The West, as an entity that promotes the universality of democracy and freedom, has shown itself unwilling to fight for Ukraine's democracy and freedom at the expense of its own security, a priority that it places ahead of the universality of its own values. . Arms are being supplied to kyiv, but with care not to irritate Vladimir Putin too much, for fear of nuclear war. We saw a prelude to this spirit in the withdrawal from Afghanistan and even in Syria.

Western governments do not assume the political cost of a perpetual war, as the one in Ukraine is on the way to becoming, which can last "years", as NATO Secretary General Jens Stoltenberg has just warned. Added incentives will be needed to maintain the resolve and enthusiasm that Joe Biden found on his European tour in March. The president of the United States, with the uninhibited speech typical of his 79 years, has just confessed in a meeting with unions that «wherever I travel around the world, I tell them that the United States has returned, but they look at me and ask me: until when?'” And that is the question that floats in the alpine breeze of Elmau. How long will he be able to maintain the momentum of support for Ukraine, in a context of runaway inflation, a Biden weakened in the polls and facing an imminent punishment in the November legislative elections? Ukraine no longer opens CNN news and Biden acknowledges that "at some point it will become a game of patience: what the Russians can put up with and what the West is not willing to put up with."

The German chancellor and host of the summit, Olaf Scholz, insists on supporting Ukraine "as long as necessary". His team speaks in the corridors of "a cohesion in the G-7 like never before." It will require "perseverance", Scholz has warned, "because we are still far from negotiations between kyiv and Moscow."

In Elmau, there will be "concrete proposals to increase pressure on Russia", a senior official has advanced, and the cost of energy will occupy "the center of the discussions". Not in vain, the G-7 was born as a response to the oil crisis of the seventies. "But keep in mind that the conflict has taken another turn, it is now concentrated in eastern Ukraine, it is a war of position, and the initial triumphalism and small deliveries of cheap weapons must give way to more solid support and durable on a military level," explains Max Bergmann of the Center for Strategic International Studies, "it will be really difficult for European armies and a challenge for the United States." "Russia's aggression has made the seven countries aware that they need each other and that the approaching crisis, both energy and food, will test the cohesion of this international community," says Stefan. Meister of the German research institute DGAP. Zelenski will intervene by videoconference, as the legitimizing axis of the commitments.

“A crucial challenge for the G-7 is to convince many non-Western countries skeptical of sanctions against Russia that the West is taking their concerns into account,” warns Thosten Brenner, director of the Global Public Policy Institute. He refers to economies such as India, Indonesia, Senegal, South Africa and Argentina, which mostly abstained in the vote on the UN resolution condemning the invasion of Ukraine and particularly exposed to food shortages and climate crisis. . The five countries have been invited to Elmau to listen and respond there to his demands, in the hope of strengthening their position in favor of the West and against the China-Russia axis. And this will require more than media breakfasts in the sun, like the ones we saw in Elmau at the 2015 summit, in which Merkel and Obama showed the face of a happy and globalized West. The world is now another. That was the first summit in which the G-8 became the G-7, with Russia kicked out of a club that Moscow has set out to weaken and now looks poised to face the worst of its crises.

1 Erdogan's opportunism has Sweden and Finland... 2 Keys to understand how NATO works 3 The Kremlin believes that at the NATO summit in Madrid... 4 The NATO summit turns Madrid into the world capital... 5 NATO will try to anticipate threats, including from... 6 Self-consumption for homes and businesses 7 The 'bricklayer robots' lay their first... 8 Uri Levine, the entrepreneur on the move 9 Pazo de Vilane, the pioneer farm that showed that... 10 Organic food deepens its roots in the midst of a harvest... 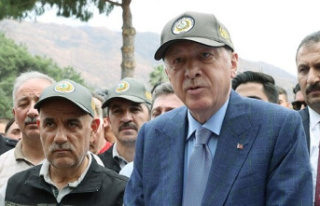 Erdogan's opportunism has Sweden and Finland...