Self-consumption for homes and businesses

SolarProfit has celebrated its first 'Investors Day'-'The Day of the Community With a High Head' on June 22, in which the company's activity in 2021 and the evolution in 2022 have been reviewed. 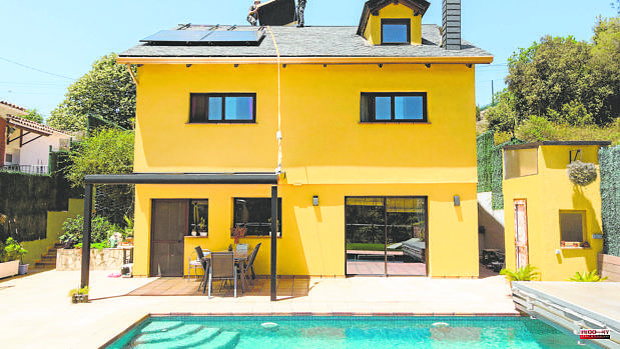 SolarProfit has celebrated its first 'Investors Day'-'The Day of the Community With a High Head' on June 22, in which the company's activity in 2021 and the evolution in 2022 have been reviewed. The company closed the last year with a turnover of more than 39 million euros, and expects to close this first semester exceeding 40 in turnover, with the forecast of exceeding 110 by the end of this year and consolidating itself as the largest self-consumption company in Spain.

“Through the implementation of this new system (they highlight), the return on investment drops around 30% compared to other options on the market. An innovation that 'shields' the client against the volatility in the price of energy, optimizing the performance of the installation to the maximum".

In times of continuous rises in the price of energy, the company, based in Llinars del Vallès, Barcelona, ​​has established itself as a reference in electricity self-consumption thanks to an experience of more than 15 years of commitment to photovoltaic solar energy, with the design and execution of projects for individuals and companies that are committed to renewable energies. With more than 1,000 employees (number increased by more than 230% since the end of 2020), it has, in the case of companies, clients such as Lidl, Mahou, Reig Jofre, Novartis, Audens Food, Nissan, Almirall, ESTEVE or Queen Desserts.

The firm handles all aspects related to the installation of photovoltaic solar panels, the management of possible subsidies and the necessary permits to produce electricity from solar energy, a clean and affordable alternative.

A multidisciplinary environment that has taken Solar Profit to a leadership position, as highlighted by Roger Fernández, COO (Chief Operating Officer, Director of Operations) and CEO: "In Spain there is a growing interest in joining the energy transition, betting on the solar energy. Despite the effects of the pandemic, our company has grown a lot in recent months. We have closed 2021 with the exit to BME Growth and we have managed to double the turnover of 2020, reaching €39 M». The market share in Spain is 13% (40% in Catalonia), and the founders of SolarProfit control 88.90% of the group's capital, while 10.88% is in the hands of new investors.

Founded by Fernández and Oscar Gómez, its other CEO, SolarProfit began its engineering services in 2007 and since 2013 it has been carrying out custom projects, based on facilitating and maintaining sustainable and decentralized resources in homes, businesses and communities. A value proposition focused on six development vectors: market leadership with brand image, presence throughout Spain, focusing on efficiency and optimization of the business model, being providers of a comprehensive service, excellence in the execution of all processes and consolidate a business model ready to scale quickly. An offer of services already established in its own offices in Catalonia, the Balearic Islands, Madrid, the Valencian Community, the Basque Country, Andalusia and Galicia (it is planned to open between six and eight more during the year).

The dynamics of growth driven by the greater awareness of the population, the interest in avoiding energy dependence on large distributors and the reduction in reducing the amount of the electricity bill has placed SolarProfit (more than 10,000 installations since its creation) ) in an outstanding position to work in an environment in which the photovoltaic solar power installed in Spain has tripled in the last three years, and forecasts indicate that the trend will continue to rise in 2022 (in the 2024 horizon, they expect to have more than 65,000 accumulated installations in residential and reaching 100 MW of accumulated power in industrial).

A commitment to sustainability (a typical installation of solar panels in a home avoids the annual emission of almost 1 ton of CO2 into the atmosphere), key to moving towards an energy system free of fossil fuels. In addition, and as highlighted by the company, "it is a more sustainable energy model that finances itself, producing energy by taking advantage of up to 2,692 hours of sunshine per year in Spain, with a reduction in dependence on the network that can reach 80%, which allows significant savings in electricity bills». They also calculate that in about four, five years, the panels have been amortized by the savings generated in the bill and, once this time has elapsed, the installation allows an annual saving of around €800 in electricity.

BSaaS stands as a decisive step towards self-consumption (the client is producer and consumer with accumulation and surpluses and intelligent demand management), as Gómez underlines: «An integrated system with demand management is guaranteed, shielded against the variations of the market, so that the client obtains the maximum performance of his installation, and the return of the investment falls around 30% with respect to the standardized option of the market».

1 The 'bricklayer robots' lay their first... 2 Uri Levine, the entrepreneur on the move 3 Pazo de Vilane, the pioneer farm that showed that... 4 Organic food deepens its roots in the midst of a harvest... 5 Pedro Sánchez promotes the tax on energy companies... 6 Oppositions to the National Police: suspended with... 7 These are the cheapest hours of electricity this Sunday,... 8 The Kremlin's dark poison factory 9 The aristocrat who hated women: without inheritance,... 10 Enric Lacalle, Grífols Deu and Grífols Roura, awarded... 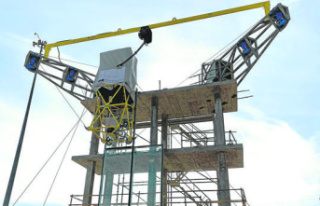 The 'bricklayer robots' lay their first...