Which countries will attend the NATO Summit?

The 30 leaders of the countries of the Atlantic Alliance will be joined by those of other countries such as Sweden and Finland -which have already formally begun their accession process-, Australia, South Korea, Japan and New Zealand -with the concern of the Pacific and the Chinese challenge on the table at one of the meetings – or from non-NATO EU countries such as Austria, Cyprus, Ireland and Malta. 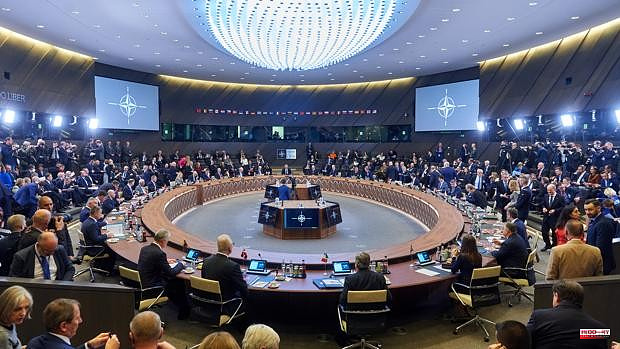 The 30 leaders of the countries of the Atlantic Alliance will be joined by those of other countries such as Sweden and Finland -which have already formally begun their accession process-, Australia, South Korea, Japan and New Zealand -with the concern of the Pacific and the Chinese challenge on the table at one of the meetings – or from non-NATO EU countries such as Austria, Cyprus, Ireland and Malta.

The latter were invited as one of the issues will address greater coordination and defense relationship with the EU, especially in the face of threats from the South. The Presidents of the European Council, Charles Michel, the European Commission, Ursula von der Leyen, and the High Representative of the Union for Foreign Affairs and Security Policy, Josep Borrel, participate.

In the buzz prior to the Summit is a possible participation of the Ukrainian 'in situ' although it will not be decided until the last moment. "For now it is ruled out," say official sources on the matter.

The great absentee for obvious reasons and that could condition the course of the event will be the Russian Vladimir Putin.

Here are some of the protagonists from the NATO countries:

Jens Stoltenberg: as Secretary General of NATO, he will face the main agreements of the Summit and will act as coordinator.

Joe Biden: The US president will defend a position of closed support for Ukraine, including China as a challenge and spending 2% of GDP on Defense.

Emmanuel Macron: After warning that NATO was in a "cerebral coma" at the 2019 summit, a French reconciliation without Trump is expected.

Olaf Scholz: Perhaps he has been one of the lukewarm supporters of the allies to Ukraine. Together with Paris he seeks a way out of the war. All eyes will be on the German chancellor's refusal to send heavy weapons.

Boris Johnson: along the lines of the US, Poland or the Baltic countries, the British prime minister is in favor of sending more heavy weapons to the kyiv army.

Pedro Sánchez: the President of the Spanish Government will try to ensure that the war in Ukraine does not forget the threats from the South. He will make official the reinforcement of the deployment in Latvia.

Racep Tayip Erdogan: The Turkish leader is key as he is blocking Sweden's path to Finland's NATO accession over the Kurdish issue.

Among the invited countries:

Magdalena Andersson: the Prime Minister of Sweden will address the accession negotiations to the Atlantic Alliance. Quite a geopolitical ‘shock’.

Sauli Niinistö: the president of Finland, together with the Swedish representative, is the other great guest star. He shares a vast border with Russia.

Fumio Kishida: The presence of the Prime Minister of Japan together with South Korea, Australia and New Zealand shows the growing challenge of China in the Pacific.

Volodymyr Zelensky: he will connect with the Summit via telematics... unless he surprises with his first trip abroad after the war.

Vladimir Putin: after four months of bloody war in Ukraine, he has become enemy number 1 for NATO countries.

1 The G-7 will draw up a strategy to alleviate the famine... 2 Erdogan's opportunism has Sweden and Finland... 3 Keys to understand how NATO works 4 The Kremlin believes that at the NATO summit in Madrid... 5 The NATO summit turns Madrid into the world capital... 6 NATO will try to anticipate threats, including from... 7 Self-consumption for homes and businesses 8 The 'bricklayer robots' lay their first... 9 Uri Levine, the entrepreneur on the move 10 Pazo de Vilane, the pioneer farm that showed that... 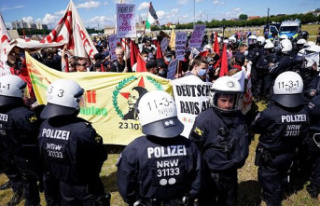 The G-7 will draw up a strategy to alleviate the famine...