President Vladimir Putin first expressed his irritation at NATO enlargement in an international forum at the 2007 Munich Security Conference. 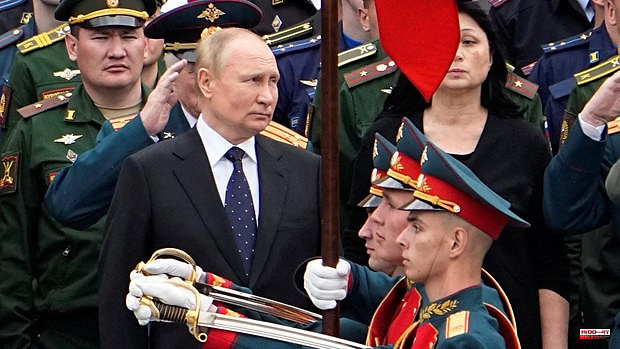 President Vladimir Putin first expressed his irritation at NATO enlargement in an international forum at the 2007 Munich Security Conference. Putin has always maintained that once the last Soviet leader, Mikhail Gorbachev, agreed to reunification of Germany, the West promised him that the Alliance would not approach the borders of the USSR, a guarantee that should have been given only verbally, since no document was signed.

Today, in Moscow they say they are convinced that the origin of all evil for the world security system is NATO and, secondarily, mainly the United States and the European Union. In fact, the Russian authorities frequently reiterate that the current war in Ukraine is actually a campaign against the Atlantic Alliance.

This Friday, the Russian Foreign Minister, Sergey Lavrov, stated during a press conference in Baku (Azerbaijan) that "the countries of the European Union and NATO are preparing for war against Russia." Lavrov argued that "Europeans have unfortunately chosen a path reminiscent of the beginning of World War II, when Hitler gathered under his banner a significant part, if not most, of the countries of Europe to fight against the Soviet Union." .

"Now, in the same way, the European Union, together with NATO, are putting together the same, but more modern, coalition to fight and, in general, wage war on the Russian Federation. We will analyze all this carefully, "added the head of Russian diplomacy. He also pointed out that "we are well aware that the EU has clearly evolved in recent years in the direction of establishing aggressive, fundamentally Russophobic ideological pillars."

In June last year, on the occasion of the 80th anniversary of the attack by Hitlerite troops against the USSR, the German weekly 'Die Zeit' published an article by Putin calling NATO expansion a "remnant of the Cold War". "Since 1999, there have been five more waves of enlargement with the integration of 14 new countries, including republics of the former Soviet Union," referring to Estonia, Latvia and Lithuania, stressed the Russian president. In his opinion, such a way of proceeding "buried the hopes of a continent without dividing lines."

Moscow's final break with the Alliance occurred in October last year due to the expulsion of eight Russian diplomats accredited in Brussels before the organization accused of "hostile activities." The Russian Embassy to NATO was closed and the allied representation in Moscow also disappeared. Putin announced that "NATO has broken all dialogue mechanisms."

Already then, less than four months after the start of the war in Ukraine, Moscow once again denounced the approach of the Alliance's infrastructure to the Russian borders and the carrying out of maneuvers in Eastern Europe and the Black Sea. The Russian president also deplored the arms shipments to Ukraine and kyiv's refusal to comply with the Minsk agreements, a factor that, according to him, exacerbated the crisis in Donbass.

The truth is that Russia already had its troops ready by then along the Ukrainian border for the invasion it would launch on February 24. In the month of December, intense diplomatic activity began to try to avoid war with multiple meetings, especially between Lavrov and his American counterpart, Antony Blinken. The Kremlin demanded "security guarantees" that included a withdrawal of NATO to the positions it had in 1997, which was as unrealistic a decision as removing from the organization all the states that joined since then. And also rule out that Ukraine, Moldova, Georgia or any other ex-Soviet republic could ever be part of the Atlantic device. Moscow also wanted the recognition of Crimea as Russian territory.

The negotiations failed. As the Russian political scientist Stanislav Belkovski estimates, Putin has always tried to agree with the West on "a new world order, a division of the zones of influence." And Ukraine for Russia is clearly his backyard. The top Russian leader considers that the Maidan revolt in kyiv was instigated by the United States and the European Union and that the annexation of Crimea and the separatist uprising in Lugansk and Donetsk were the consequences of such interference.

Russian senator Alexei Pushkov warns that "NATO has become the main threat to the world in the last 30 years." Pushkov said on Thursday that the Alliance "is not a defensive organization as was evident in Yugoslavia, Iraq, Libya and Afghanistan, as well as in the attempts to overthrow Bashar al-Assad in Syria and Nicolás Maduro in Venezuela." Now, however, with the possible integration of Sweden and Finland, Russia will be even closer to NATO's military device and its security could be seriously questioned by having as a neighbor a country with which it has a bloody and devastating war without that Ukraine previously committed any act of aggression against it.

1 The NATO summit turns Madrid into the world capital... 2 NATO will try to anticipate threats, including from... 3 Self-consumption for homes and businesses 4 The 'bricklayer robots' lay their first... 5 Uri Levine, the entrepreneur on the move 6 Pazo de Vilane, the pioneer farm that showed that... 7 Organic food deepens its roots in the midst of a harvest... 8 Pedro Sánchez promotes the tax on energy companies... 9 Oppositions to the National Police: suspended with... 10 These are the cheapest hours of electricity this Sunday,... 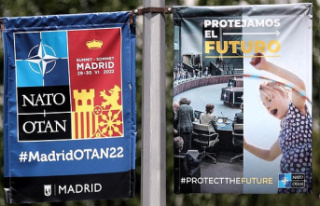 The NATO summit turns Madrid into the world capital...