The 32nd NATO Summit will turn Madrid into the world capital for 48 hours: from Tuesday at 3:30 p. 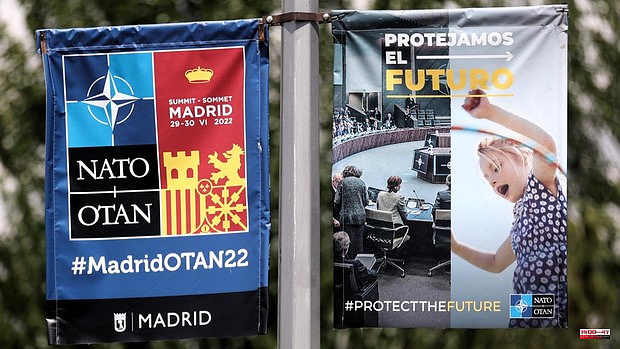 The 32nd NATO Summit will turn Madrid into the world capital for 48 hours: from Tuesday at 3:30 p.m., when US President Joe Biden's Air Force One lands at the Torrejón de Ardoz military base, to Thursday at the same time, when the official planes of the delegations begin to take off.

The history of the organization of the summit is full of paradoxes. The host is a Prime Minister, Pedro Sánchez, who when he was in the opposition easily proclaimed that he would abolish the Ministry of Defense in casual interviews.

Its coalition partners (Podemos and with communist ministers within the party's 'matrioshka') have openly expressed their opposition to the appointment of the Atlantic Alliance and caused tensions in the Government for it.

Even a Secretary of State agitates the demonstration that takes place today.

And it is celebrated in a city -Madrid- with which the Government has had its pluses and minuses (political) in the recent past.

In addition, and here is the dramatic unforeseen event, the summit is organized in circumstances of war in Europe for which it was not intended when Spain began the path of its organization in the year of the 40th anniversary of our accession: the final objectives will be others ( the invasion of Ukraine changes everything) and the eastern front regains the full weight of NATO.

Putin's war has changed everything so much that, for example, at the Madrid meeting the allies had conspired a year ago to elect the first woman as general secretary to replace the Norwegian Jens Stoltenberg, in office since 1 October 2014. Finally, that possibility is delayed at least a year.

Beyond these preliminary ideas, the Madrid Summit will have these main questions:

The 30 leaders of the countries of the Atlantic Alliance will be joined by those of other countries such as Sweden and Finland -which have already formally begun their accession process-, Australia, South Korea, Japan and New Zealand -with the concern of the Pacific and the Chinese challenge on the table at one of the meetings - or from non-NATO EU countries such as Austria, Cyprus, Ireland and Malta. These were invited since one of the issues will be to address greater coordination and defense relationship with the EU, especially in the face of threats from the South. The Presidents of the European Council, Charles Michel, the European Commission, Ursula von der Leyen, and the High Representative of the Union for Foreign Affairs and Security Policy, Josep Borrel, participate.

The president of Georgia and, by video call at least, the president of Ukraine, Volodímir Zelenski, will also attend. In the buzz prior to the Summit is a possible participation of the Ukrainian 'in situ' although it will not be decided until the last moment. "For now it is ruled out," say official sources on the matter.

The great absentee for obvious reasons and that could condition the course of the event will be the Russian Vladimir Putin.

NATO identifies six key issues to be discussed at the Madrid Summit meetings:

1. Strengthen NATO's long-term defense and deterrence (all with an eye toward the threat from Russia and the “growing challenge” from China).

2. Measures to maintain support for Ukraine.

3. The launch of the new NATO Strategic Concept.

4. Strengthen relations with other countries and maintain what is known as an 'open door' to the Alliance (that is, the future of new accessions such as Finland and Sweden). The association with Japan, South Korea, Australia and New Zealand is also included in this section.

5. Adapt to threats and challenges coming from any direction. At this point is the Spanish interest in taking more into account the threats coming from the south.

6. Transatlantic unity and solidarity within the Alliance. After the Trump term, the allies will take the opportunity to show total unity, especially in the current context. "As we face the most serious security situation in decades, the Alliance rises to the challenge with unity and determination," they say.

Already at the 2014 Cardiff Summit, the goal of investing 2% of GDP in Defense was set. For example, Spain is in penultimate position with only 1.03% of GDP allocated to Defense in 2021. Pedro Sánchez is expected to announce an additional investment of around 2-3 billion during the Summit. Biden, like Obama or Trump, will stress the need to reach 2% for all allied countries. Currently, eight allies comply.

The Royal Palace, the pavilions of the Ifema fairground where the meetings of the North Atlantic Council will be held, the Prado Museum, the Torrejón de Ardoz military base and the Barajas airport are the main venues for the Summit, which will be attended by some 5,000 people, including journalists and members of delegations. Obviously, the 'no rooms' sign has been hung in Madrid, with the hotels on the Castellana axis and its surroundings taken over by the delegations.

After landing in Torrejón, Joe Biden will go to La Moncloa where he will hold the formal meeting with the host leader. It is still unknown if they will appear after the meeting and if there will be a press conference format. It must be remembered that it was at a NATO Summit, in Brussels in 2021, where Sánchez approached the US president after the family photo to have a first contact. A 29-second 'meeting' in which Biden was uncomfortable.

In addition to the first gala dinner at the Royal Palace, Felipe VI, who is not participating in the NATO meetings, will have audiences and meetings with Borrell, Biden -whom he will receive in Torrejón-, Stoltenberg, the South Korean and Finnish presidents, the Presidents of the European Commission, the European Council and the NATO Military Committee.

1 NATO will try to anticipate threats, including from... 2 Self-consumption for homes and businesses 3 The 'bricklayer robots' lay their first... 4 Uri Levine, the entrepreneur on the move 5 Pazo de Vilane, the pioneer farm that showed that... 6 Organic food deepens its roots in the midst of a harvest... 7 Pedro Sánchez promotes the tax on energy companies... 8 Oppositions to the National Police: suspended with... 9 These are the cheapest hours of electricity this Sunday,... 10 The Kremlin's dark poison factory 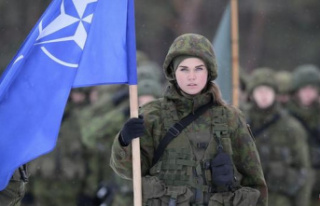 NATO will try to anticipate threats, including from...