Los del Río: "We don't care that VOX uses the 'Macarena', neither they nor any other party" 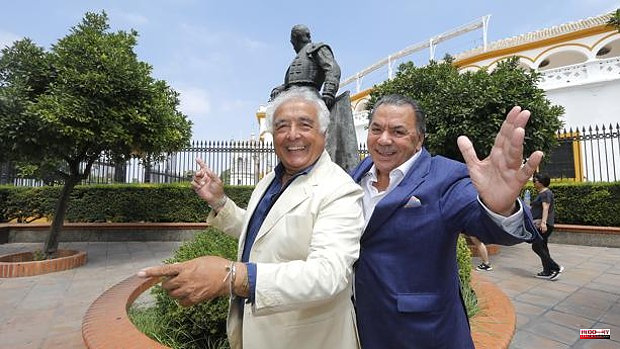 It never fails. If a popular song sounds in a political act, the controversy is served. Have their authors given permission? Will they agree with that party? It has happened countless times in countless countries, and of course, when it does in ours it always becomes the national talk. It has happened with Amaral, with Coque Malla, Macaco, Love of Lesbian... and now with Los Del Río. But unlike the first, those from Seville have not taken it badly.

Macarena Olona, ​​the VOX candidate in the Andalusian elections, has used the duo's version of the famous 'Macarena' in a propaganda video that she has shared on her social networks, and Internet users have immediately appeared wondering if Los del Río thinks well and if they have been asked for permission.

One of them, Antonio Romero, clarifies it to ABC on the phone from Dos Hermanas: «To begin with, who they would have to ask for permission from is the publisher, not us. They have taken a version, and if they do not put another letter or make big changes, they can do it freely. Calling herself the VOX candidate just like the song, she has come to her fingertips ».

The version in question is the one made by the American rapper Tyga, which begins with the voice of Los del Río and later becomes a bizarre flamenco-hip-hop crossover. Will this Yankee megastar know that a Spanish political party has taken his song for electoral purposes? It is still difficult to know, but what is clear is that if Olona had played the original 'Macarena', the authors would not have cared. «If they inform the publisher and the SGAE, cite the authors and pay the corresponding rights, there would be no problem for us. And I tell you one thing, neither with VOX nor with any other party. In any case, it is only necessary to ask for permission in the event that they modify the music or the lyrics of the song. The publisher only calls us when there is a modification of the song, or when they want to put it in a movie, a series or an advertisement. There the thing is already going through other directions that must be negotiated: how much they pay us, how long it will be broadcast... all of that, "explains Romero, who by the account that brings him (thousands of versions of 'Macarena have been made ' all over the world), he is very well informed about how this topic works.

"The electoral video is very nice," says Romero. "And it's not the first time it's been used in politics. Bill Clinton already used it in his campaign in the United States. Here in Spain VOX has used it, but it could have occurred to the Popular Party, or any other... but of course they did not have a Macarena as a candidate ». The thing is that the 'Macarena' "doesn't stop ringing," says Romero. «We have just been in Marbella making the proclamation of the Fair, remembering the golden times of the city, that we lived through them and got to know them very well, and it has been spectacular. We had the misses and the queens of the party behind us, and at the end of the act, Rafael (Ruiz, his partner) and I said to each other: 'Are we going to miss the opportunity to dance the 'Macarena' in a place so pretty and with so many pretty girls?' We have begun to sing, they have risen to dance with us and do not see how people have become. Everybody there dancing and singing, it's been wonderful. Wherever it is, for us it is a satisfaction that the 'Macarena' continues to work. It is even used to revive people who have had a heart attack, like the Bee Gees song (laughs). For us it is a wonder that it continues to be used to bring joy to the world. It is an honor that people use it to give joy to the Macarena body ».

Taking advantage of the chance to be talking to a member of Los del Río on the day of the 20th anniversary of the release of 'Aserejé', we asked him what he thought of the smash hit by Las Ketchup, the second most successful Spanish song in the world after, Of course, from the 'Macarena'. "I'm not surprised it's the second," says Romero. «I loved it, and the girls are charming. They are very good friends of us and they are fantastic people and artists. For us it is a wonder that everything that comes out of Spain is the best. Spain is the best! Or do you think that the Beatles would not have been much better if they had been born in Triana instead of Liverpool? That there is no sun or anything! That is horrible! If they had been born in Triana they would have been the last straw! (laughs)."

1 A judge denies the very precautionary measures that... 2 Alberto Valle wins the L'H Confidencial black... 3 The PP demands from the Board a solution to the deficiencies... 4 Special service of beaches and new night schedules... 5 Sausages Spain invoices 26.4 million euros only with... 6 Ukraine kills two Russian generals on the same day... 7 Two Britons and a Moroccan, sentenced to death in... 8 Why Severodonetsk is a key city for the war in Ukraine 9 The detainee for the multiple outrage in Berlin had... 10 The elite Russian unit that was destroyed by Ukraine... 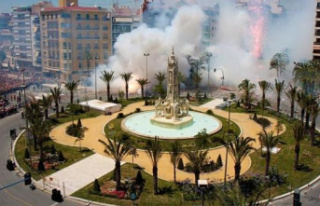 A judge denies the very precautionary measures that...