The president of the Popular Party of Toledo, Carlos Velázquez, lamented this Thursday the lack of commitment of the Government of Castilla-La Mancha with the towns of the province, to whom it denies the services they need to maintain their population and have a future, as is the case of the lack of alternatives and aid for transportation in Magán, which harms access to education and health in the municipality. 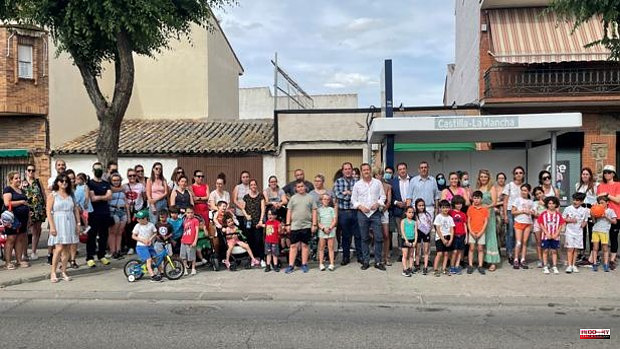 The president of the Popular Party of Toledo, Carlos Velázquez, lamented this Thursday the lack of commitment of the Government of Castilla-La Mancha with the towns of the province, to whom it denies the services they need to maintain their population and have a future, as is the case of the lack of alternatives and aid for transportation in Magán, which harms access to education and health in the municipality.

This was stated in a visit to this Toledo town, where together with the mayor, José Luis Martínez, the PP councilors and a significant number of parents and residents of the municipality, he was able to learn about the problem that Magán students suffer when they decide continue their Baccalaureate studies and training cycles, since they are forced to go to the IES 'Julio Verne' in Bargas, without there being public transport for it.

Velázquez has denounced the indifference of the Government presided over by Emiliano García-Page, which does not give alternatives to these families “in something as basic as education. The Community Board is denying the right to have decent transportation to the students of this municipality of more than 4,000 inhabitants, in addition to forcing them to go to a specific institute, restricting the freedom of families to decide the center they want them to attend. your children come."

The mayor of Magán explained that the students only have the seats that are left over on the bus for the ESO students, who previously shared transport with those from Olías del Rey, with the families paying for the service, which amounted to 65 euros before the pandemic. However, now the bus is no longer shared with Olías, which has increased the cost to 110 euros, also counting on the availability of seats.

«If at any time there are no residual seats on the bus, as the Ministry calls those seats that ESO does not occupy, Baccalaureate students and training cycles will not even have the possibility of paying for the service, which leaves them with the only option of using private transport, without families being allowed to choose the center that best suits them to be able to take their children", Martínez clarified.

On the other hand, Velázquez has collected the complaints of the parents of the children of Magán regarding the problem of spaces of the public school 'Santa Marina' of Magán, where almost 500 students are enrolled, in spaces that were not prepared or designed for it , so that spaces such as the library, the reinforcement classroom, the music room and the teachers' room no longer exist, due to the lack of spaces.

"In addition, our children's classes are inappropriate for the ratio of the center, leaving even little space for the schoolyard, so the children even have to go outside to be at recess," warned the mayor of the municipality .

Finally, municipal officials and neighbors have denounced that the lack of public transport in Magán also makes it difficult for the inhabitants of the municipality to access the health service, especially for the more than 800 children who live here, since the town does not have pediatrician and to go to the consultation they have to go to Bargas, a town with which they are not linked by any type of public transport, or to Mocejón, where the bus frequencies are very scarce and do not serve to cover this service.

1 Special service of beaches and new night schedules... 2 Sausages Spain invoices 26.4 million euros only with... 3 Ukraine kills two Russian generals on the same day... 4 Two Britons and a Moroccan, sentenced to death in... 5 Why Severodonetsk is a key city for the war in Ukraine 6 The detainee for the multiple outrage in Berlin had... 7 The elite Russian unit that was destroyed by Ukraine... 8 Sources say that more than 80 people are believed... 9 Trump's rule over relations with Palestinians... 10 Judicial eviction in the Caracol room: goodbye to... 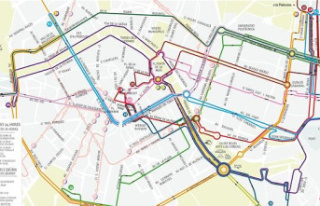