Sausages Spain invoices 26.4 million euros only with its star product, the ham 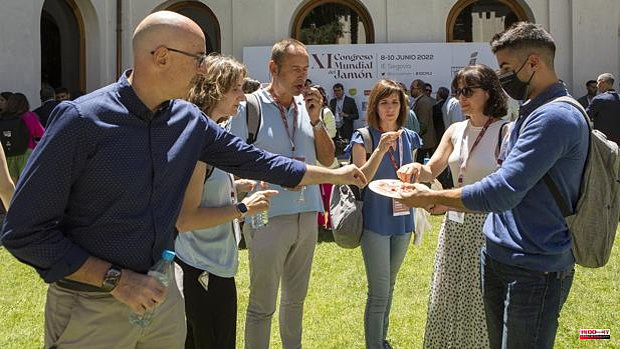 Sausages and Hams Spain and Sons, S.A. is one of the largest national operators in the production and marketing of ham, both inside and outside our borders. This is the flagship product for the company, which currently represents 48.11% of the total turnover of Sausages Spain, which has led them to bill in this category, both Iberian and Serrano, 26.4 million euros.

In addition to increasing the number of pieces sold, in its commitment to satisfy consumer demands, the search for excellence and the quality of this product, Embutidos España expanded its staff of ham cutters in 2020, seeking to strengthen the ham line hand-cut, which already has several references under the 'Knife-cut ham' line.

Within the different formats in which ham is sold, slicing accounts for 35% of sales, the majority abroad, due to the difficulty that cutting this product poses for other countries.

«Thanks to events such as the XI World Ham Congress, which is being held these days in Segovia, operators in the sector have the opportunity to meet and discover current market trends, as well as close meetings with potential clients that allow marketing and visibility even plus a flagship product of our gastronomy such as ham, "says Miguel Ángel España, manager of Embutidos España.

Ham continues to be the representative product abroad, and already accounts for 83.14% of sales abroad. Of the 1,600 tons of product that Embutidos y Jamones España sells outside of Spain, 1,000 correspond to its flagship product, ham, dominating sales ahead of sausages such as chorizo, salchichón or loin.

The company from Toledo has increased its ham exports by 22.26% compared to 2020, representing 83.14% of the company's total foreign turnover, which amounted to more than 13 million euros last year .

The company currently exports to 72 countries, the main destinations being Germany, Australia and the Netherlands. As a novelty, Cyprus and Georgia have been the latest additions to the list of recipients of Embutidos España products, an example of the company's commitment to expansion and the ability to gain a foothold in the countries where it already has presence.

Taking advantage of the celebration of the eleventh World Congress of Ham in Segovia, the company reiterates its commitment to quality employment in rural areas. Today, Sausages Spain employs more than 150 workers in rural areas that make this company a benchmark in the region, transmitting the family values ​​that make it export today to more than 72 countries. In 2021 alone, Embutidos y Jamones España e Hijos, S.A., increased its workforce by 14%.

1 Ukraine kills two Russian generals on the same day... 2 Two Britons and a Moroccan, sentenced to death in... 3 Why Severodonetsk is a key city for the war in Ukraine 4 The detainee for the multiple outrage in Berlin had... 5 The elite Russian unit that was destroyed by Ukraine... 6 Sources say that more than 80 people are believed... 7 Trump's rule over relations with Palestinians... 8 Judicial eviction in the Caracol room: goodbye to... 9 German transport minister opposes EU combustion engine... 10 Hogueras Alicante 2022: program of events and mascletà... 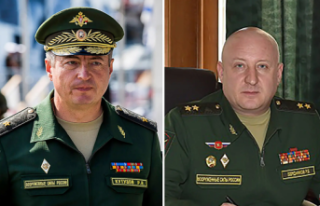