Why Severodonetsk is a key city for the war in Ukraine

With the taking of kyiv put aside for the time being, Putin is now focusing his attacks on eastern Ukraine, in Donbass. 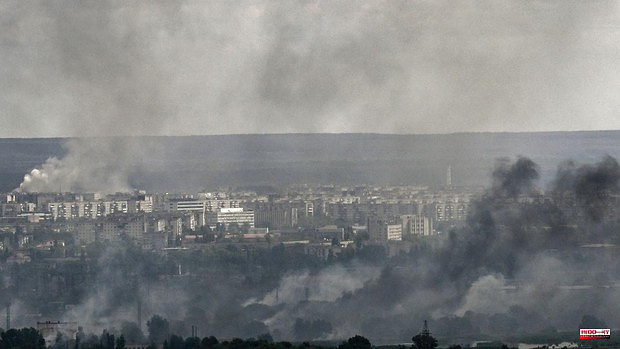 With the taking of kyiv put aside for the time being, Putin is now focusing his attacks on eastern Ukraine, in Donbass. Specifically in Donbass, which is already 50% under Russian control. After three weeks of sieges, Vladimir Putin's troops managed to penetrate the outskirts of Severodonetsk at the end of May. Because it seems that in this city a good part of the Ukrainian eastern region is going to be decided.

“We defend our positions, we inflict significant losses on the enemy. It is a very hard battle, very difficult, probably one of the most difficult in this war. The fate of the Donbass is decided in Severodonetsk, ”said the Ukrainian president, Volodímir Zelenski, in the last hours after the great advances of Moscow for the control of this enclave.

In line with the country's top leader, the governor of Lugansk, Sergei Gaidai, has confessed that the Russians already control "a large part of the city." "The industrial zone is still in our hands, with no Russians on site. The fighting takes place only on the streets inside the city », he added.

The Kremlin has its sights set on Severodonetsk. Because by taking this territory, the balance of the conflict would be clearly in favor of Putin's interests. If Severodonetsk falls, Luhansk falls too. And that would mean that half of Donbass would already be under Russian control.

It is the great obsession of Moscow. After several setbacks throughout the invasion, it would be a moral victory for Russia in its goal of "denazifying" Ukraine. Donbass, the easternmost area of ​​the country, is a Russian-speaking territory: its inhabitants share a language and many customs with the neighboring country, which is why separatist and pro-Russian groups have been stressing the area for several years. Identical situation to that experienced by Crimea when this peninsula was Ukrainian territory. The Kremlin's intentions are, as in Crimea, to annex the Donbass.

It would not only be a symbolic victory, but also a severe blow for Ukraine, which would see two important territories (Crimea and Donbass) pass into the hands of its greatest enemy in less than ten years.

1 The detainee for the multiple outrage in Berlin had... 2 The elite Russian unit that was destroyed by Ukraine... 3 Sources say that more than 80 people are believed... 4 Trump's rule over relations with Palestinians... 5 Judicial eviction in the Caracol room: goodbye to... 6 German transport minister opposes EU combustion engine... 7 Hogueras Alicante 2022: program of events and mascletà... 8 Ifema cancels the Fan Fan Fest for not complying with... 9 Madrid points to a "prevariation" of Sánchez's... 10 The PSOE doubts that Feijóo is really willing to... 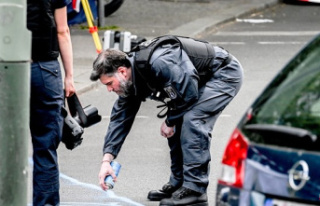 The detainee for the multiple outrage in Berlin had...