Al-Mutamid is reborn in the tallest medieval tower in Portugal

It was, according to some researchers, the first Alentejo, although the limits of this Portuguese region did not exist as such when it came to light in the year 1040. 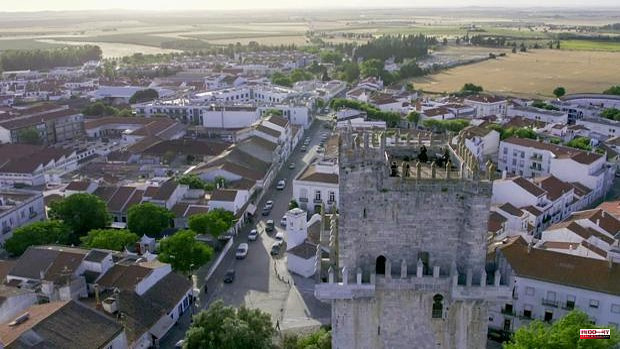 It was, according to some researchers, the first Alentejo, although the limits of this Portuguese region did not exist as such when it came to light in the year 1040. The first edition of the Terra Mágica festival, held in Beja between June 2 and 4, has revolved around his figure, hence the programming, which combines fado, flamenco, Alentejo songs and gnaoua. It still has to grow in its structure, but the event has left some memorable moments during its development.

«Al-Mutamid had a special taste for the arts. He was the freest of all authors; being he the king, he did not need a patron. And he was definitely better as a poet than as a king", assures the scholar Carlos Gomes, whose conference was the starting point for this meeting, attended for three days by artists such as Duquende, Ricardo Ribeiro, the dancer Macarena López and Maalem Omar Hayat, an icon in the Arab world.

«Through his texts and music we can establish points of union between the cultures he touched, since he lived through different stages in places that led him from political and family success to the maximum decline, when he was deported and imprisoned in Tangier. Enrique Morente, Carlos Cano and Eduardo Panigua, so different from each other, have interpreted him. There is a common base in his music that later developed in each territory in a different way, with his translations, but the same structure. In the Alentejo, in Seville, in Granada, Morocco… », he argues.

The tribute that was paid to the 'Poet King', as he is known, from the castle of Beja, however, seems like a loose verse within this story.

This construction, which has the tallest medieval homage tower in Portugal, 42 meters high, served as the stage for the performance of the actress and dancer Catalina Lucrecia, HD Subtance and Carlos Mil Homens, a percussionist, by the way, in the Madonna's last tour. The performance, which was broadcast via streaming, combined contemporary and electronic dance for an hour with the stone and the horizon as a backdrop, in addition to the intention of delving into the telluric forces of the place.

Francisco Carcaval, who was in charge of the disappeared Teatro Martín in the Transition, later of the Teatro Alfil and now of this festival, sums it up like this: “We want to deconstruct. Show the origin of things and then their more modern side. How the arts dialogue with each other and continue to preserve part of the essence is extremely interesting. The tower has been that at its best. How it all comes together up there. The presence of Al Mutamid that we are feeling these days when staging manifestations of Iberian cultures seems unquestionable».

The underlying idea, in fact, is deduced from the walk that leads us to the fortification, which crosses the entire town. Beja, like so many other Portuguese towns and cities, starting with its capital, combines wounds in facades and roofs with graffiti that seek contemporaneity and recently created sculptures that cause beautiful contrasts. Only from the place where he was born, almost 50 meters high and between battlements, could Al-Mutamid be invoked through electronics and the free movement of the body, with no guidelines other than free creation, like the poetry of the one who cultivated the letters without orders. The art that already arises from the diffuse and, furthermore, branches out.

1 Ximo Puig, against Ayuso and against Belarra: "There... 2 The province of Salamanca demands an “equal” railway... 3 A baby is abandoned within minutes of being born on... 4 “The best handball campus in Spain” arrives with... 5 How many votes does it take to remove Johnson? Keys... 6 Who could replace Boris Johnson if he doesn't... 7 Laso gets scared: "It's been a tough blow,... 8 Criticism of Risto Mejide for a photo in which he... 9 The Olmedo Classical Theater Festival honors Moliere... 10 Urda still does not recover social services suspended... 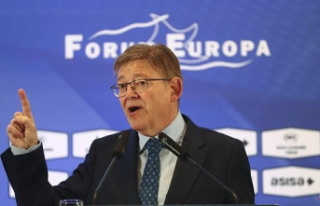 Ximo Puig, against Ayuso and against Belarra: "There...