Who could replace Boris Johnson if he doesn't survive the vote of no confidence?

The parties held in the midst of the coronavirus pandemic continue to take their toll on the Prime Minister of the United Kingdom, Boris Johnson. 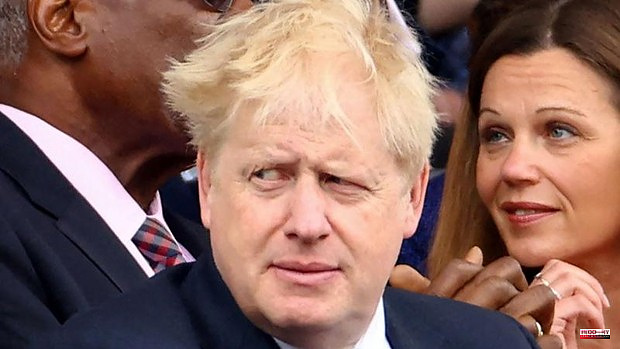 The parties held in the midst of the coronavirus pandemic continue to take their toll on the Prime Minister of the United Kingdom, Boris Johnson. The Conservative leader is facing a motion of internal censure over his leadership at the head of the party. In case of not surviving said vote -and not obtaining the vote of confidence from the Conservatives-, he would be forced to leave 10 Downing Street and cede the head of government to the winner of a primary election. The leadership race would be served, but the future successor is not so clear. Who are the main candidates for the position?

According to 'The Gurdian', the British Foreign Minister is running as the favorite of the conservative bases, as shown by internal polls.

Truss is known for taking great care of her public image and was photographed last year standing on a tank wearing a headscarf, evoking the famous 1986 image of then-British Prime Minister Margaret Thatcher, who was also caught in the pose. .

At 46, she has served as Secretary of International Trade during the first two years of Johnson's leadership. During this time, she has hardened her position in favor of Brexit —she is the official negotiator between Great Britain and the European Union—, in addition to gaining support with her proposals to modify or annul certain keys of the Northern Ireland Protocol. . However, Truss said Monday that Johnson has "100% support" for him and urged his party colleagues to support him as well.

The former Secretary of State for Foreign Affairs came second to Johnson in the 2019 Conservative primary and did not want to be part of his team. At 55 years old, he offers a leadership "much more serious and less controversial" than that of the current prime minister according to 'Reuters'. He has been chairing the Health Selection Committee for two years, taking advantage of his experience as a former Secretary of Health. He is not a particularly controversial figure, except for a row he had with the country's medical community over the contract he wanted to impose on resident doctors. Despite having served in the current government, he has not been tarnished by the 'partygate' scandal and, earlier this year, he claimed that his ambition to become prime minister "has not completely disappeared".

The UK finance minister was, until last year, the favored candidate in succession to Johnson. Despite his inexperience in politics, he received countless accolades for the economic rescue package he pushed through during the pandemic (including a job retention program that averted mass unemployment). However, his career took a nosedive due to a tax controversy involving his wife, along with the fine he received for breaking the confinement rules with Johnson. In addition, last year's government spending was the UK's heaviest tax burden since the 1950s, clouding promises to cut taxes.

The Minister for Education impressed everyone as he led the Vaccines Ministry during one of Britain's great waves of COVID-19. From humble beginnings, his personal story is that of a former Iraqi refugee who came to Britain as a child. Last week he was heard saying that, at some point in his life, it would be a "privilege" to be prime minister.

Jonhson removed the former British defense minister from office for supporting her opponent, Jeremy Hunt, in the 2019 primaries. Even so, it is one of the public positions that has been most critical of Johnson and the 'partygate' scandal . Mordaunt was also one of the biggest supporters of the EU exit deal. Currently, she holds the portfolio of Subaltern Commerce and described as "shameful" the parties that break the blockade in the Government. Last month, he said Conservative voters were eager to see "professionalism and competence" at the helm of the party.

1 Laso gets scared: "It's been a tough blow,... 2 Criticism of Risto Mejide for a photo in which he... 3 The Olmedo Classical Theater Festival honors Moliere... 4 Urda still does not recover social services suspended... 5 Siro fulfills the order and does not start the activity... 6 Zapatero on Feijóo: "You start doubting the... 7 The PSOE intends to tax assets of more than 1.5 million... 8 IU will support the acts of protest against the NATO... 9 He attacks a nurse "with a knife" when he... 10 Arrested in Soria for throwing boiling oil at her... 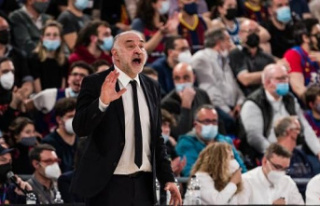