The province of Salamanca demands an “equal” railway connection

The province of Salamanca has joined this Monday morning in the manifesto in defense of railway communications promoted by 17 institutions and entities on April 18 and which, through five points, demand more trains and better railway infrastructure. 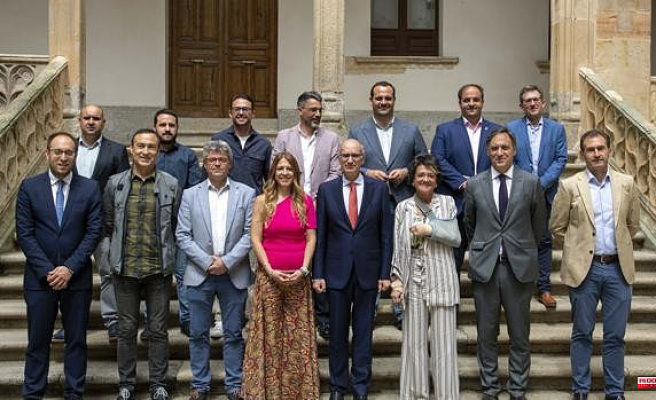 The province of Salamanca has joined this Monday morning in the manifesto in defense of railway communications promoted by 17 institutions and entities on April 18 and which, through five points, demand more trains and better railway infrastructure. 15 mayors of the capital, of the municipalities of the alfoz, of the head of the region and of those with more than 5,000 inhabitants signed this document of struggle for a railway connection that extends beyond the capital in the Palacio de la Salina and that affects all citizens of the province.

This has been stated by the president of the Salamanca Provincial Council, Javier Iglesias, who has presided over the signing ceremony in which the "legitimate representatives" of the largest municipalities in the province stamped their signatures on the document, which aims to give continuity to the institutional event held last April in the Plaza Mayor.

"A good rail connection is key for the territories through which they pass to maintain their connectivity and the pulse of their economy", Iglesias pointed out, paraphrasing the manifesto which also highlights that "from its origin the train has been synonymous with development and progress".

For this reason, the president of the Provincial Council has expressed his desire to "achieve treatment similar to that of other territories." "Salmantinos do not want to be more, but we do not want to be less either," he emphasizes, asking for equal treatment through a petition that "does not intend to go against anyone and yes in favor of the Salamancans."

Through the five points of this manifesto, which "collects the popular clamor of feeling in the province", in the words of Iglesias, the mayors of the largest municipalities of Salamanca made this writing their own. It details the importance of a good connection with Madrid in order to offer the "best conditions" of transport to all citizens, both for tourists, university students and Spanish students, as well as for workers and the new business opportunities that generated thanks to this transport.

The Government of Spain has recently announced the Media Distancia train recoveries that were suspended before the pandemic. A measure that also affected Salamanca, and that, after this decision, the signatories of the manifesto continue to consider "insufficient". For this reason, they demand the restoration of the total service of Alvia's frequencies, faster compared to those of Media Distancia, which at the beginning of the pandemic stood at four and currently operates with three. In addition, in order to "respond to the real demand of travellers", they request the creation of a new frequency.

According to the manifesto, the need to establish a good connection with Madrid is essential for the entire province. For this reason, they request a "serious commitment" with the works pending execution both in Salamanca capital and in the province. In addition to the works to improve the conventional track in the section connecting the capital with Medina del Campo, they demand the electrification of the Salamanca-Fuentes de Oñoro line. An intervention that, as they pointed out, is the "engine of development for the province and the area bordering Portugal, which would be invigorated and favored with this impulse."

1 A baby is abandoned within minutes of being born on... 2 “The best handball campus in Spain” arrives with... 3 How many votes does it take to remove Johnson? Keys... 4 Who could replace Boris Johnson if he doesn't... 5 Laso gets scared: "It's been a tough blow,... 6 Criticism of Risto Mejide for a photo in which he... 7 The Olmedo Classical Theater Festival honors Moliere... 8 Urda still does not recover social services suspended... 9 Siro fulfills the order and does not start the activity... 10 Zapatero on Feijóo: "You start doubting the... 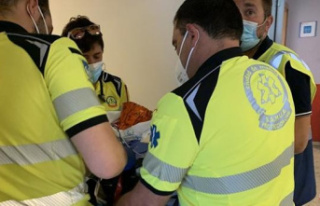 A baby is abandoned within minutes of being born on...