Laso gets scared: "It's been a tough blow, but progress is good" 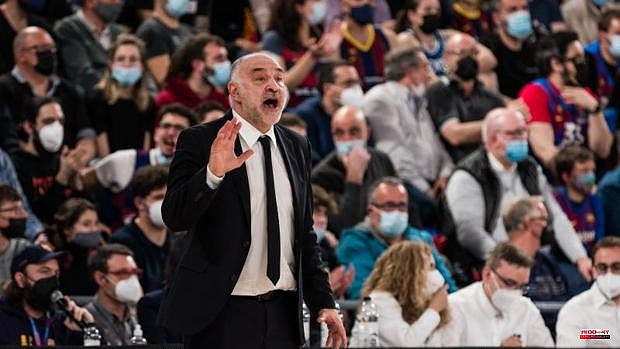 Pablo Laso is progressing favorably after suffering a myocardial infarction last Sunday. This has been confirmed by Real Madrid this afternoon with a statement, in which it assured that the coach, after undergoing a catheterization, has been discharged from the ICU to be transferred later to the floor at the Sanitas La Moraleja University Hospital, to the north from Madrid.

While the man from Vitoria recovers, with no confirmed reappearance date, Chus Mateo, Laso's second, will assume command of the team. «I am not going to deny that it has been a hard stick. Obviously the evolution is good, the forecasts are optimistic. Despite the scare, we are super happy with the news that has reached us”, assured Mateo at the press conference prior to the third match against Baskonia in the Endesa League semifinals (the whites lead 2-0 in the series).

«Yesterday when we received the news he sent us a generic message that he was going to be out for a while. His phone is not operational, we communicate with the family who is the one who has contact with the doctors. You can be left alone in just one scare. We continue with the work that she has done this year. In a tremendous shock that happens to us in the middle of a semifinal, heads spin a lot and the players stop to think a lot about the things in life. Today we have been unfocused. He affects a lot emotionally », explained Mateo.

Madrid's new head coach assured that Llull and Abalde are ruled out for the match. In addition, Heurtel, who played his first minutes with the team on Saturday after a two-month suspension imposed by Laso, has sprained his ankle and will not be available for the duel either. Thompkins, the other named, suffered the same injury as the French point guard in the same training session. "They say that evils all come together," ironized Mateo, who will assume the position of head coach for the second time this season, after replacing Laso in December in a Euroleague match against CSKA, when he contracted Covid.

1 Criticism of Risto Mejide for a photo in which he... 2 The Olmedo Classical Theater Festival honors Moliere... 3 Urda still does not recover social services suspended... 4 Siro fulfills the order and does not start the activity... 5 Zapatero on Feijóo: "You start doubting the... 6 The PSOE intends to tax assets of more than 1.5 million... 7 IU will support the acts of protest against the NATO... 8 He attacks a nurse "with a knife" when he... 9 Arrested in Soria for throwing boiling oil at her... 10 The manager of Ecyl resigns, a partner of a company... 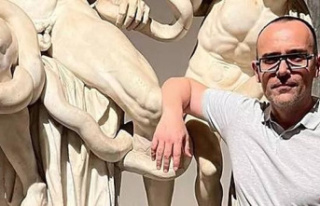 Criticism of Risto Mejide for a photo in which he...