The startup world is full of failure stories. 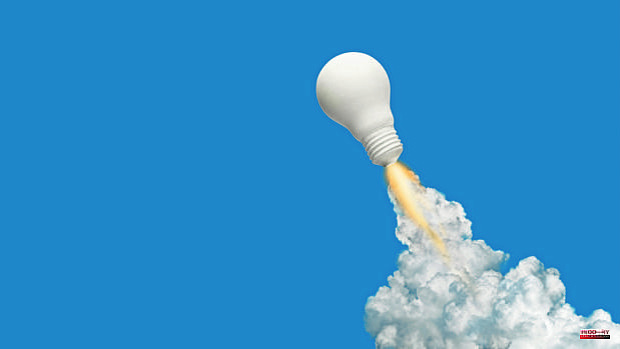 The startup world is full of failure stories. Ideas that are aimed at a market that is still immature, poor business plans, inability to attract financing... the projects that could have been a complete success and failed are numerous. Whether we like it or not, the error is inherent in the adventure of undertaking. It is something traditionally assumed in Anglo-Saxon countries, but it has also permeated the Spanish ecosystem of innovative emerging firms. In fact, 60% of startupers in our country are recurrent, that is, they have set up more than one company, and almost six out of ten confirm the failure of at least one of their previous projects, according to the Map of Entrepreneurship 2021 report, by Spain Startup-South Summit.

The high mortality that characterizes these companies – it is estimated that 90% disappear within three years of their foundation – makes technological entrepreneurship a constant process of overcoming obstacles and tolerating mistakes. “Unlike what happens in large corporations, where for a top manager failure represents an unquestionable burden, in startups it is considered part of the experience. Any serial entrepreneur has failures behind them, it is difficult to have a resume that is only successful”, explains Fernando Zallo, director of Esade BAN, the network of business angels of Esade Alumni.

From the point of view of investors, these profiles are highly valued because the probability that the initiatives will not work decreases as the seniority of the person in charge increases. Specifically, if he has only set up one company, he fails 54% of the time, while if he accumulates four or more projects behind him, the percentage drops to 9%. “The fact that they fail means that they have had previous experiences. The one who has never experienced it the same is because he has not yet done any entrepreneurial activity and may fail in the first one in which you invest », comments Zallo. The important thing is to know the causes that led to the disaster so that it does not happen again. «The investor understands that it is something that can happen, but as long as the entrepreneur knows how to argue it and understand what happened to him. Anyone who avoids the subject or is not capable of explaining what they did wrong incurs a double failure", indicates the expert, who emphasizes that failed projects are inherent to this environment which, due to its innovative nature, entails more risk than other areas.

Abraham Cózar knows this well. After finishing his studies in telecommunications engineering, he launched Paradox Team in 2010, together with three colleagues, a startup that developed educational applications based on technologies such as augmented reality to be marketed to educational centers. schoolchildren. The journey lasted five years, until the lack of a market led them to close. “We looked for an innovative solution without asking ourselves if there would be customers willing to pay for it. We find ourselves in a very traditional sector, taken over by publishers, where there was very little room left for a small startup that offered applications that often involved a change in the paradigm of education", points out this young Valencian, who believes that the founding teams made up of engineers tend to fall in love with technology without giving enough thought to the public. "It was an incredible reality check," he admits.

With the lesson learned and the duel overcome, Cózar gave himself a second chance with the creation, now alone, of Chibig, a video game studio supported by Lanzadera, Juan Roig's accelerator, whose titles are available on the main platforms and which last year it exceeded one million euros in turnover. "The differentiating factor is that all the games share the same universe, an a priori safer strategy than the traditional method of launching products without any link between them," says this entrepreneur, who gives advice to those who want to create their own startup: " You cannot be a super perfectionist because entrepreneurship consists of making decisions on a daily basis and sometimes you are wrong. If you penalize yourself too much in the end you reach the blockade. You don't have to be afraid of failing."

Óscar del Río is another of those Spanish startupers who have turned problems into lessons. His first contact with the venture was Yo no cocino, a food delivery service devised in 2009 that did not progress. “The biggest problem launching it was the lack of funding,” he says. The funds never believed in the proposal because, in the words of its founder, it was very unscalable. "We needed a large base of restaurants concentrated in the same area and where there were also many users," he details. On the other hand, he considers that the chosen moment was inappropriate because the Spanish were not used to ordering online. «We realized that the market was not yet created and large investments were required that we were unable to capture. We were inexperienced and no one trusted that we would be able to pull it off."

But Del Río continued on the path of entrepreneurship. His second project was Concept Inbox, a 'software as a service' that allowed designers to share their work with clients and receive 'feedback' in real time. Driven by Wayra, the Telefónica accelerator, they added 120,000 users from 80 countries, although when they turned to a payment model, problems arose because only 15 signed up. “We spent a year looking for external investors because we only had that in mind. We should have charged users from the beginning and achieved organic growth instead of making a very good product, giving it away and then looking for financing because in the end investors ask you for sales metrics », he says.

The success came thanks to Interacso, a startup that creates digital solutions for third-party companies. “For example, we have developed a system for Ikea that helps you save time in your store processes. And for Racc we have made an aggregator of all the shared mobility services of the cities », he explains. Today the firm employs 40 people and operates in six European countries.

As the experts point out, the important thing is not to fall, but to be able to get up. «You can fail in the business idea, in the product you have proposed or even in the public you have addressed, but if you know how to analyze it and propose something different, it is not a total failure, but rather it is part of the way» , says Camila Polensvaig, director of the Degree in Entrepreneurship and Business Management at Camilo José Cela University and vice president of the startup accelerator Tetuan Valley.

Each business has its peculiarities and, although it is not an exact science, the expert points out the common mistakes that must be avoided. «One of the most important is that the team does not finish working. Another is lack of focus. You want to get to everything, make a giant product and you don't focus on going step by step validating what is right and what isn't to move a company forward », she comments. The lack of money is also a headache. "You can focus on having a brilliant product, but not on the business being really profitable," she elaborates. For Polensvaig, in any case, the essential thing is to accept that something that does not work can be modified.

This is what Tomás Escudero did repeatedly with his Slang project. "We have had to pivot three times because we have made very serious mistakes," he acknowledges. The initial plan was for it to be a consulting firm that would help companies automate administrative tasks, but they did not perform the calculations well. «30% of our income went to licenses. I fell in love with the project and jumped right in without doing the math », he laments. They then opted to develop robotic process automation (RPA) software focused on SMEs. "A few days later, Microsoft brought out a solution like ours and we insist on doing the same thing cheaper, but you can't compete only on price because someone bigger comes along, lowers prices and leaves you out of the market," he reflects harshly.

Once they detected that the decision they had adopted was wrong, they carried out the last pivot of the company, the one that has put them on the path to success. "Microsoft software was complex and the market needed a solution that could be used by professionals without technical skills," says Escudero. That is where they concentrated their efforts and where, at last, they hit the nail on the head. They have been finalists of the last South Summit, both in the edition held in Madrid and in Brazil, in one year they have gone from having a team of three people to eighteen and by the beginning of 2023 they want to close a round of 1.5 million euros. “For a project to work – he says – you have to be humble, flexible and able to pivot quickly. The key is not to fail, but to know how to come back." Startup word.

1 Textile sales, in tension due to inflation and the... 2 A huge security and logistics device travels with... 3 'The Beast', Biden's armored limousine... 4 The Mobile World Congress will continue in Barcelona... 5 Engineers advocate reopening rail tracks for freight 6 Castilla y León remains in the national political... 7 Jill Biden arrives in Madrid, where she will have... 8 What is NATO and what is this organization for? 9 Russia goes into receivership for the first time in... 10 Seven wineries in Méntrida oppose photovoltaics and... 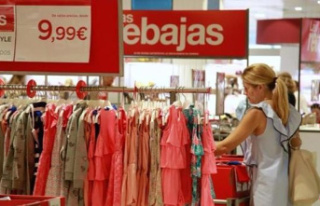 Textile sales, in tension due to inflation and the...