The President of the United States, Joe Biden, is scheduled to arrive at the NATO Summit in Madrid on June 28, according to the White House, and to move around the capital he will use the official car, the Cadillac One. 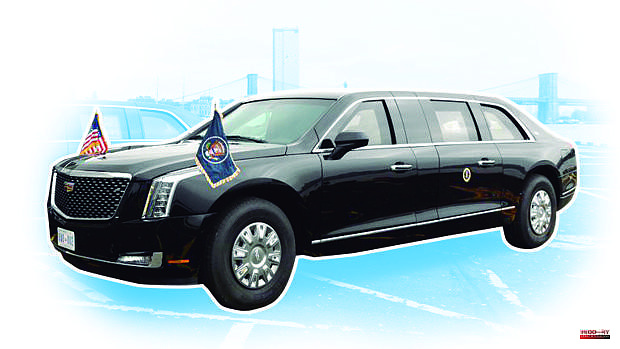 It has a body 20 centimeters thick, made up of an alloy of ceramic, steel, titanium and aluminum, which makes it bomb-proof and other external attacks. The width of the doors is more than 20 centimeters and they weigh the same as those of a Boeing 757.

Its chassis is that of a van and is reinforced with armor twelve centimeters thick. Of course, it is not a completely agile vehicle: it takes about 15 seconds to reach 60 miles per hour (that is, 97 km / h).

It is a vehicle model developed by GM (General Motors) in cooperation with Chevrolet and US intelligence agencies. The contract with GM amounted to almost 16 million dollars and the planned production was twelve units.

Inside, the car has the capacity to move up to seven passengers, arranged in three rows following the following scheme: 2-3-2. The windows of 'The Beast' cannot be opened. Except for the driver's, which can be lowered up to 7.5 centimeters. This is due to its armored glass of up to five layers of glass and polycarbonate (and 12.7 centimeters thick), which protect against projectile attacks and a special seal, which would allow it to be unscathed from a chemical attack.

In addition, it has an interior oxygen tank and a wide range of medical supplies on board. Even Biden-type blood in a fridge in an emergency. Another of its emergency mechanisms facing the outside is a tear gas system. It also has a satellite phone, a fire suppression system, special locks and night vision cameras. It consumes approximately 63.5 liters every 100 kilometers and 1,500 gr/km of CO2.

The first 'Beast' was created during Barack Obama's first presidency and in 2018, Donald Trump debuted a second generation of the car. Therefore, 'The Beast' in which President Biden makes his official trips is the same armored limousine that his predecessor used. This is because these vehicles are usually renewed every seven or eight years and the car used by the American tycoon was released in 2018. However, according to CNN, when the vehicle became the property of the current US president, it suffered a series of of modifications such as the firing of machine guns or the launching of grenades and tear gas without the need to open the doors or windows of the vehicle.

As a curiosity, there are at least two identical 'Beasts' with the same registration plates in each caravan that accompanies Joe Biden on his official visits. The purpose is that the attackers cannot be 100% sure which vehicle is transporting the president and which is the decoy.

'The Beast' and the rest of the herd have been transported in a Boeing C-17 Globemaster III, a long-range heavy military transport aircraft developed by McDonnell Douglas between the 1980s and 1990s for the United States Air Force.

1 The Mobile World Congress will continue in Barcelona... 2 Engineers advocate reopening rail tracks for freight 3 Castilla y León remains in the national political... 4 Jill Biden arrives in Madrid, where she will have... 5 What is NATO and what is this organization for? 6 Russia goes into receivership for the first time in... 7 Seven wineries in Méntrida oppose photovoltaics and... 8 The summer of recovery: full hotels and pre-Covid... 9 Galicia is running to take advantage of the pull of... 10 Artificial Intelligence to compose Ai-lalelo 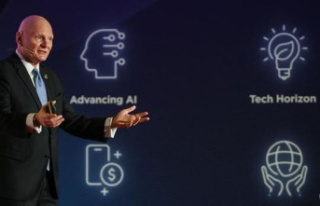 The Mobile World Congress will continue in Barcelona...