Textile companies have already started one of the most uncertain summer sales campaigns in recent years. 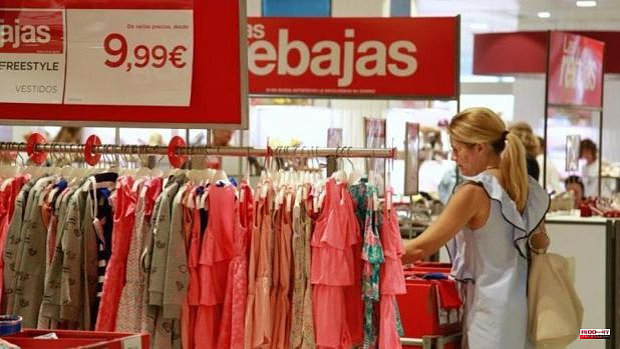 Textile companies have already started one of the most uncertain summer sales campaigns in recent years. The sector remains expectant in view of what will be the savings of consumers allocated to this item in the midst of an inflationary wave that is destroying the purchasing power of families. A price increase that has also encouraged distributors to advance the discount season one more year to try to encourage sales. Although without the aggressive offers of other years, at least, in the first round.

The step has already been taken by the big firms in the sector. The early risers have been Mango and H

The Catalan firm offers discounts that reach up to 70%, while those of the Swedish company, which reach up to 50%, will be extended practically throughout the summer season, until August 24.

In the middle of last week, others of the most anticipated also arrived. Zara and the rest of the Inditex brands started them last Thursday in the physical store, but a day earlier also on the web and the app, following the trend of recent years. These will be the first with Marta Ortega at the head of the group that achieved historic results in its first fiscal quarter, both in terms of sales and profits.

The one that has also joined one more year to the advance of the sales is El Corte Inglés. They started two weeks ago with discounts on a series of products, in addition to their textile subsidiary Tendam, which brings together Cortefiel and Springfield. But the final start was given last Wednesday on their website and the next day in the entire network of department stores.

However, a good part of the small business has also decided to go ahead and cheer up sales without having to wait for July. Textile SMEs have already experienced a key month of May for their recovery, boosted by the return of tourism. And they believe that the campaign will be positive, although they continue to have many doubts. For the president of the National Association of Fashion Retail, Eduardo Zamácola, there are two effects that can push sales up in this period. On the one hand, the desire of the consumer to return to live a normal summer. A phenomenon that other sectors such as tourism are infecting. But also "the message that brands are sending about price increases for upcoming campaigns, which already make people think that these may be the last sales we have with reasonable prices," explains the manager.

In any case, Zamácola foresees that the great discounts seen in previous seasons will not be given. He perceives that the trend that stores are following is to start with less generous price reductions while waiting to see the response of demand, "which has been working very well in recent weeks." And he assures that there are several companies that have told him that they are going to wait until July to start the sales due to the good pace of sales that they already register without undertaking discounts.

A decision that they also make due to the high costs that the textile businesses are bearing. For the sector, the sales are not used to make money, but to release the leftover 'stock' from the rest of the year. If before the wave of inflation the margin was minimal at the time of discounts, setting aggressive prices means not having any type of benefit. And these will be very important for the continuity of thousands of companies that already fear that in the fall there will be a slowdown in consumption, as some organizations are already predicting. “In addition, we come from a situation that is not very good. In 2020, sales fell by 40% and during the past year, when we thought that consumption was going to be reactivated, we found an additional 16%. We will not reach pre-pandemic levels this year," says Zamácola.

But the great threat to sales in the sector comes from China. The rise of Shein in Spain, which pushes the fast fashion model to the limit, is already all the rage among the youngest and is reaching more and more audiences. In addition, the sales campaign has started with knockdown discounts on prices that are already ridiculous. Its effect disturbs the textile. First, because "they are playing at making a fashion that is not sustainable at all", they explain from Acotex, who believe that their business mode based on volume, low quality of clothes and a lot of rotation is alien to the sustainability policies towards which the sector is looking. .

But they also fear that it is the bald man that makes the new generations not want to pay for clothes. “It shows young people that fashion is not worth money and that cannot be accepted in any way. It is bad news for Spain," says the president of the textile employers' association, who recalls that the sector has already survived booms such as Zara and Primark.

1 A huge security and logistics device travels with... 2 'The Beast', Biden's armored limousine... 3 The Mobile World Congress will continue in Barcelona... 4 Engineers advocate reopening rail tracks for freight 5 Castilla y León remains in the national political... 6 Jill Biden arrives in Madrid, where she will have... 7 What is NATO and what is this organization for? 8 Russia goes into receivership for the first time in... 9 Seven wineries in Méntrida oppose photovoltaics and... 10 The summer of recovery: full hotels and pre-Covid... 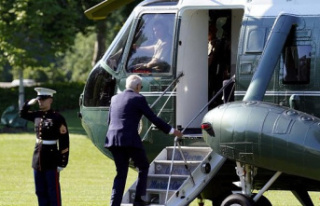 A huge security and logistics device travels with...