Jill Biden arrives in Madrid, where she will have several events with Queen Letizia

Jill Biden, the first lady of the United States, arrived this Sunday at the airport of the Torrejón de Ardoz military base in Madrid. 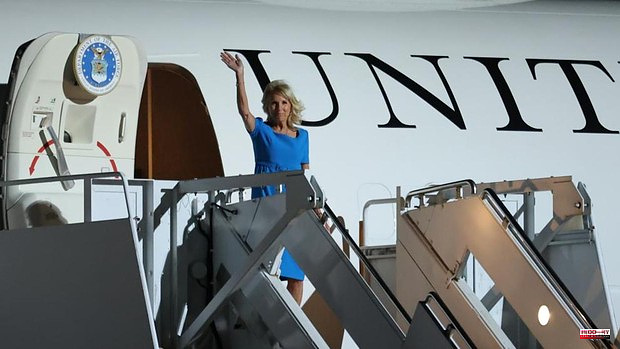 Jill Biden, the first lady of the United States, arrived this Sunday at the airport of the Torrejón de Ardoz military base in Madrid. She lands more than a day before the president, Joe Biden, does so to participate in the NATO summit that takes place in the Spanish capital on June 29 and 30.

Meanwhile, Queen Letizia will meet with her this Monday for several official acts. The meeting between the two will take place on Monday morning at the Palacio de la Zarzuela, after which both will move to the AECC headquarters in Madrid.

Already on Tuesday Doña Letizia and Jill Biden will go to the care, reception and referral center for Ukrainian refugees in the Madrid town of Pozuelo de Alarcón, one of the four enabled to attend the arrival of those fleeing the Russian invasion of Ukraine.

The Queen and the American first lady will also coincide at the dinner that the King and Queen will offer on Tuesday night to those attending the NATO summit and their companions.

In addition, Letizia will participate in the entire agenda that the Government has prepared for the companions of the leaders of the Alliance and the rest of the countries invited to the Madrid summit, which includes visits to La Granja (Segovia), the Reina Sofía or the Royal Theatre.

1 What is NATO and what is this organization for? 2 Russia goes into receivership for the first time in... 3 Seven wineries in Méntrida oppose photovoltaics and... 4 The summer of recovery: full hotels and pre-Covid... 5 Galicia is running to take advantage of the pull of... 6 Artificial Intelligence to compose Ai-lalelo 7 Sánchez and Puig dismiss as Government delegate in... 8 An 82-year-old woman dies in a fire in her home in... 9 The National Court orders the closure of the investigation... 10 The highest diffuse gas emission is on Teide 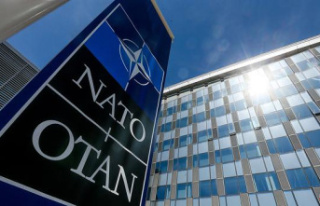