The regional elections of February 13th placed Castilla y León in the top ten of the most seen, read and heard and gave it a national visibility that it has rarely had. 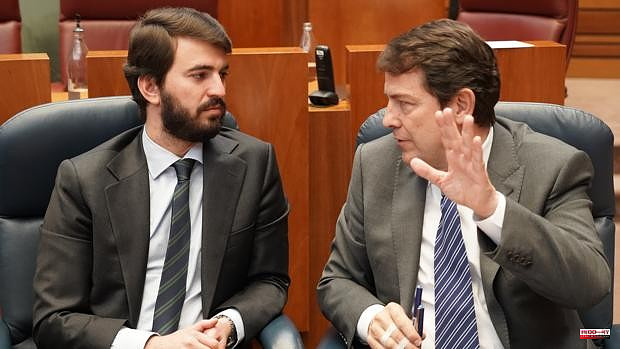 The regional elections of February 13th placed Castilla y León in the top ten of the most seen, read and heard and gave it a national visibility that it has rarely had. After several months in which the 'pressure' has decreased relatively, the Andalusian elections and the victory by an absolute majority of the popular Juanma Moreno have once again put the focus on these lands.

When the polls spoke, they left the mandate to seek agreements to form a government. This was done, so that PP and Vox have governed since April in coalition, which means that those of Abascal make up a regional Executive for the first time. This formation wanted to see in Castilla y León a kind of 'test bench' for its landing in Andalusia with the same model.

But the result of Moreno, with an overwhelming majority, has been a real brake for the green formation that, in this way, remains with the Castilian and Leonese community as the only one in which they can raise their policies and, especially, their ideology. .

The eyes turn to this region again, pending the course of a government agreement that the two partners are still "unconsummated" and that in the last two weeks has exposed how much separates them. “We are two different parties and we are not going to stop being so,” said the Board's spokesman, Carlos Fernández Carriedo, last Thursday. However, there are two different ways of managing and doing politics in which it seems that each formation follows its own course.

Castilla y León is, in this way, the exception, with a PP in which its president Alberto Núñez Feijóo has never hidden that agreeing with those of Abascal is not his preferred option, but quite the opposite. So with the Vox phenomenon slowed down, the 'soniquete' of a new electoral advance is heard again to make it coincide with the municipal elections of May 2023, although the president of the Board, Alfonso Fernández Mañueco, will have to find a good story that argue a new appointment with the polls.

Another possibility for the future would be to break the pact and for the PP to govern in a minority with the support of the locals (UPL, with three seats; Soria ¡Ya!, with another three and Por Ávila, with one), assuming that Vox I would not vote with the PSOE in favor of a motion of censure. What many voices among the popular agree on is that, hand in hand with those of Abascal, it is very difficult to complete the legislature.

The truth is that the Andalusian elections have led to situations that show the distance between the two formations. The presentation (in the middle of the electoral campaign) of the plan for cuts to employers and unions by Vice President Juan García-Gallardo, almost at the same time that Mañueco closed in Madrid with the minister of the branch the agreement to save Siro is more than eloquent. As is the image of the members of Vox in the Board -without the presence of those of the PP- keeping a minute of silence for the man who died in León stabbed at the hands of his partner. A stamp that has to do with the refusal of those of Abascal to recognize the concept of gender violence and, instead, bet on domestic violence. And as if that were not enough, the week that begins today is also expected to be intense. On Wednesday the Chairman of the Board has convened the Social Dialogue. In principle, to advance agreements, but, in reality, it will serve to analyze how far he is willing to go after García-Gallardo's announcement to cut subsidies to social agents. At least last Thursday the vice president 'tempered' criticism of employers and unions (that moderation has nothing to do with the result of Andalusia, as he said), although not his desire that the aid be disassociated from the Social Dialogue, which he said he supported.

A second matter, also one of those that alters, and a lot, the popular ones, will shake up the political landscape. If the agreement signed in April is fulfilled, before Thursday the processing of a new regulation on harmony must be initiated that would replace the Decree of Historical Memory to, according to the legislature pact, "claim our common history, understood as an integrated element for reconciliation. This proposal triggered the resignation of the president of the Historical Memory Advisory Council, Ángel Hernández, the former regional secretary of the CCOO, whom Gallardo accused last week of making partisan use of this body. And it is that the vice president's statements do not help too much to achieve harmony with his partners. As an example, his statement last Saturday in Zamora that depopulation is linked to the "hypersexuality of society."

1 Jill Biden arrives in Madrid, where she will have... 2 What is NATO and what is this organization for? 3 Russia goes into receivership for the first time in... 4 Seven wineries in Méntrida oppose photovoltaics and... 5 The summer of recovery: full hotels and pre-Covid... 6 Galicia is running to take advantage of the pull of... 7 Artificial Intelligence to compose Ai-lalelo 8 Sánchez and Puig dismiss as Government delegate in... 9 An 82-year-old woman dies in a fire in her home in... 10 The National Court orders the closure of the investigation... 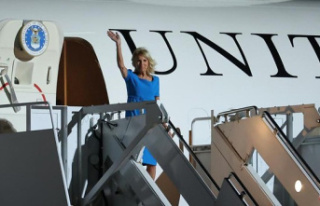 Jill Biden arrives in Madrid, where she will have...