On his first trip to Spain since he became president of the United States, Joe Biden is traveling with a veritable entourage not only of ministers, advisers and aides, but also Secret Service agents and vehicles for transport to and within Europe. 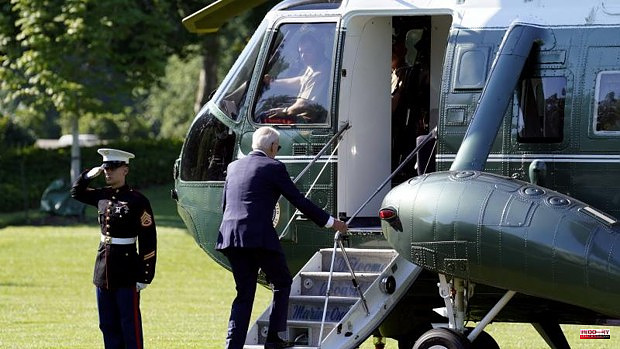 On his first trip to Spain since he became president of the United States, Joe Biden is traveling with a veritable entourage not only of ministers, advisers and aides, but also Secret Service agents and vehicles for transport to and within Europe. . There are usually more than 400 agents who travel with the North American president, with some 50 vehicles to transport him and the officials who accompany him. Those were the figures for his trip to the UK a year ago.

As then, the president has made the transatlantic trip on Air Force One, a Boeing 747-200B model, a wide-body transcontinental jumbo jet. Actually there is not just one Air Force One, there are several, which the White House swaps depending on the length of the trip.

In addition, in Europe the Marine One helicopter accompanies Biden and his team, which he uses for short trips. And for ground transportation, he uses the armored limousine nicknamed "The Beast", manufactured by General Motors, which are actually two different models that are interchanged.

Apart from the advisers and assistants, Biden has been accompanied to the trip to Europe: Antony Blinken, Secretary of State, Jake Sullivan, National Security Adviser, and the head of the Pentagon, Lloyd Austin. US officials have been preparing for Biden's arrival in Madrid for weeks.

On the trip to London, Biden was accompanied by at least five helicopters. Two Sea King models and three Ospreys of recent manufacture, which were detected upon the arrival of the President and the First Lady. These helicopters and other vehicles were transported from the US, before Biden's arrival, on a Boeing C-17 Globemaster III, a long-range heavy military transport aircraft developed by McDonnell Douglas and often used by the US Air Force. .

Due to the pandemic, Biden has limited his trips abroad to the maximum. So far, the president has only been to Italy, Switzerland, Poland, Belgium, the United Kingdom, Korea and Japan. The King was invited to Washington in 2020, with Donald Trump in power, but that trip was postponed indefinitely because it coincided with the start of massive coronavirus infections.

1 'The Beast', Biden's armored limousine... 2 The Mobile World Congress will continue in Barcelona... 3 Engineers advocate reopening rail tracks for freight 4 Castilla y León remains in the national political... 5 Jill Biden arrives in Madrid, where she will have... 6 What is NATO and what is this organization for? 7 Russia goes into receivership for the first time in... 8 Seven wineries in Méntrida oppose photovoltaics and... 9 The summer of recovery: full hotels and pre-Covid... 10 Galicia is running to take advantage of the pull of... 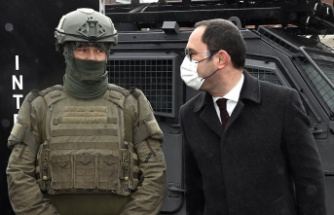 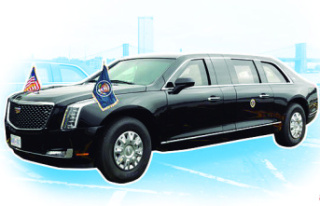