The industrial engineering associations of Castilla y León advocate the imminent reopening of the railway lines located in the European corridors that cross the Community, as well as making the necessary improvements in capacity, operating systems and standards of the current lines in service. 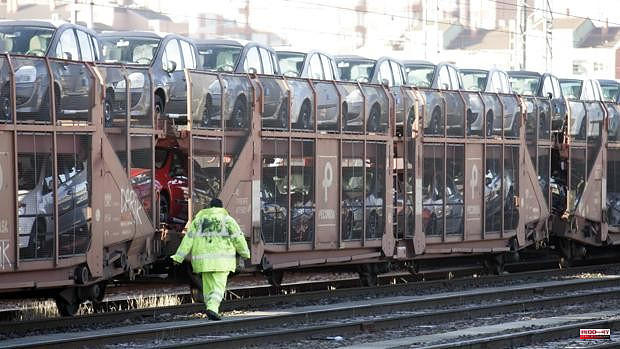 The industrial engineering associations of Castilla y León advocate the imminent reopening of the railway lines located in the European corridors that cross the Community, as well as making the necessary improvements in capacity, operating systems and standards of the current lines in service.

It is about promoting the transport of goods by rail by taking advantage of "the capacity of the lines in service and some infrastructures that are already built, although some of them have been abandoned". In the opinion of the group, it is an "opportunity of great interest" for Castilla y León, since, for example, the recovery of the railway lines linked to the 'Atlantic Corridor', one of the main ones in the Peninsula, is a project that can receive funding from the EU.

If this initiative is carried out, "with a reduced investment, the best alternative for land transport of goods would be put into service, both in economic terms and from an ecological and sustainable point of view," said the industrial engineer and honorary president of the European Association of Railway Workers-Spanish Section, José Cañizares, also a member of the Transport and Logistics Commission of the College of Industrial Engineers of Madrid and founder of Alianza Corredores.eu.

Cañizares has dedicated a large part of its activity in 2021 (European Year of the Railway) to promoting the use of railways, with the aim of contributing to achieving climate neutrality in 2050 established in the European Green Deal. He is one of the experts who participated in the meeting held last Thursday by the Transport Commission of the College of Industrial Engineers of Madrid (Coiim) in Valladolid, collects Ical.

The sector considers that due to its geographical location on the Peninsula, Castilla y León is a "privileged" community that hosts different railway lines of the Basic Network of European Corridors. Among them, for example, those that connect the autonomy with the northern ports (Vigo, A Coruña, Gijón and Bilbao), with Europe through France, with the peninsular east -via Miranda de Ebro- and with the centre. And also, the lines that connect with the Portuguese ports of Aveiro and Oporto (through Salamanca) or with the southwest of the Peninsula through the Vía de la Plata.

In Cañizares' opinion, "Castilla y León has the opportunity to draw up a plan to reopen these lines, which can receive European funding, in order to promote an intermodal transport model in which the railway has a leading role." In this way, he added, the Community "would assume the role that corresponds to it as the logistics power of the Iberian Peninsula, consistent with its size and strategic location."

To value the option of rail freight transport, the experts from the industrial engineering associations defend, among other initiatives, the implementation of the figure called 'Proximity Railway Operator' (OFP), which has been implemented with notable success in France and, although with some variations, also in Sweden, Germany and the United States.

The implementation of an OFP would make it possible to integrate road and rail formulas through the main logistics centers of the Community. This system would make it possible to offer a more economical and agile service for ‘last mile’ rail routes, which would use both the current rail network and lines with weak traffic or those that have been rehabilitated and are back in service.

Castilla y León currently absorbs around 8% of all of Spain's road freight transport; that is, 143 million tons of the 1,800 million of the entire national territory.

1 Castilla y León remains in the national political... 2 Jill Biden arrives in Madrid, where she will have... 3 What is NATO and what is this organization for? 4 Russia goes into receivership for the first time in... 5 Seven wineries in Méntrida oppose photovoltaics and... 6 The summer of recovery: full hotels and pre-Covid... 7 Galicia is running to take advantage of the pull of... 8 Artificial Intelligence to compose Ai-lalelo 9 Sánchez and Puig dismiss as Government delegate in... 10 An 82-year-old woman dies in a fire in her home in... 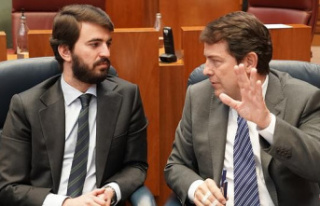