Why Ceuta and Melilla are not in NATO

NATO is made up of 30 members, including Spain. 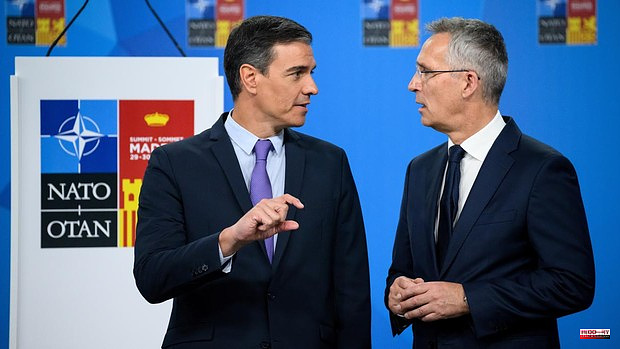 NATO is made up of 30 members, including Spain. It was in 1982, under the Government of Felipe González, when the entry of our country into the Atlantic Alliance was made official, becoming the sixteenth member.

Exactly 40 years separate that moment from the present. An anniversary used for Madrid to host the NATO Summit this week. It does so in a world context marked by the Russian invasion of Ukraine, which has led to an unprecedented energy crisis and which continues to tighten the rope between the different powers.

This will be one of the questions, if not the main one, that will be addressed in the conclave. However, since the confirmation of the holding of the meeting in the Spanish capital, doubts have arisen about the issue of Ceuta and Melilla.

Because despite the fact that Spain has spent four decades under the NATO umbrella, these two territories do not have its protection.

Article 6 of the Washington Treaty, the agreement that governs the Alliance's standards, establishes the organization's limits of action.

- Article 6: «For the purposes of article 5, an armed attack against one or more of the Parties shall be considered to be one that occurs:

Against the forces, ships or aircraft of any of the Parties that are in these territories, as well as in any other region of Europe in which occupying forces of any of the Parties were stationed on the date of entry into force of the Treaty, or that are found in the Mediterranean Sea or in the North Atlantic region north of the Tropic of Cancer.”

Taking into account these points of the treaty, Ceuta and Melilla are located in an area where NATO does not have jurisdiction. Although it is not without some contradiction that the predecessor article clearly states that an attack against one of the members of the Alliance will be considered as an attack directed "against all of them".

- Article 5: «The Parties agree that an armed attack against one or more of them, which takes place in Europe or North America, will be considered as an attack directed against all of them, and consequently, they agree that if such an attack is produces, each one of them, in exercise of the right of individual or collective legitimate defense recognized by article 51 of the Charter of the United Nations, will help the attacked Party or Parties, subsequently adopting, individually and in agreement with the other Parties, the measures it deems necessary, including the use of armed force, to restore security in the North Atlantic area. Any armed attack of this nature and all measures taken in consequence will be immediately brought to the attention of the Security Council. These measures will cease when the Security Council has taken the necessary steps to restore and maintain international peace and security."

Therefore, in the event of a hypothetical armed attack against Ceuta and Melilla, the intervention by the allied partners would be a "political" issue. This controversy has come to the fore several times at NATO meetings. However, it has never been treated as a priority issue and it is expected that the discussion will be on the table during these days in the different conferences that will take place at Ifema.

However, in an interview granted to ABC, Jens Stoltenberg, Secretary General of NATO, already ruled on the issue: «When NATO was established in 1949 there was a very precise definition of the territory of the Alliance that was automatically protected under item 5 and does not include other parts of countries outside of Europe or North America. This is not a case about Spain, but about other countries as well," Stoltenberg assured.

During the opening day of the NATO Summit, the Government of Ceuta has requested that the new strategic concept that NATO will agree on in Madrid expressly includes the defense of "every centimeter of the territorial integrity of its members".

1 The Diputación de Alicante increases its Plan Plan... 2 Asaja and the irrigation community request emergency... 3 Eight minors arrested in a fight with weapons between... 4 Felipe VI, at the NATO summit: "Europe has remained... 5 Escrivá saves the self-employed reform by halving... 6 Etalentum creates a robot capable of avoiding the... 7 Debt default will hurt Russia for years, but Putin... 8 The 40th Copa del Rey Mapfre was presented at the... 9 The debate on the state of the nation points to July... 10 They break the figure of the devil that eats an ice... 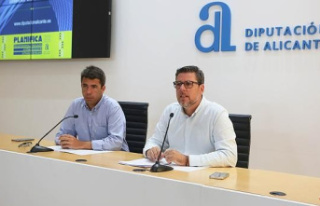