The Agrarian-Young Farmers Association (Asaja) of Ciudad Real and the Vicario Irrigation Community have come together to request the creation of emergency wells to ensure the survival of crops in the area. 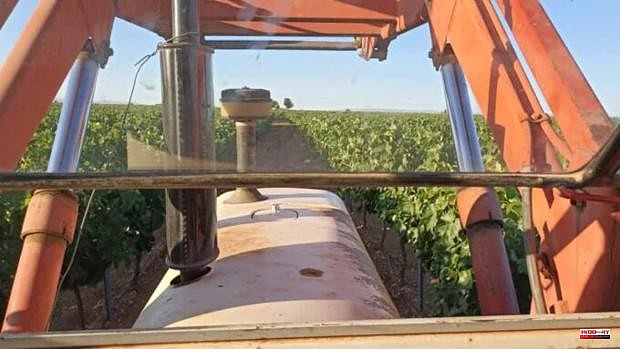 The Agrarian-Young Farmers Association (Asaja) of Ciudad Real and the Vicario Irrigation Community have come together to request the creation of emergency wells to ensure the survival of crops in the area. They have warned that farmers cannot irrigate this year and are already having to uproot their crops and close their farms.

Farmers do not have supplies to irrigate this campaign because there is no water in the reservoir, following the decision adopted by the Disembalse Commission of the Guadiana Hydrographic Confederation (CHG).

"But not being able to irrigate is a real catastrophe, especially for woody crops," warned Asaja, who in a press release recalled that in the last two campaigns in which it has been irrigated, 2020 and 2021, the CHG only authorized emergency irrigation for woody crops.

Said endowment is established in the current Special Drought Plan (PES) at 625,000 m3, and was calculated many years ago for an area of ​​325 hectares, which was the one that existed at the time.

"However, this area has been growing to 1,000 hectares given that, in view of the scarcity of water in the area, they are the only crops that can provide profitability," added the agrarian organization.

Similarly, they have lamented that many of these crops have been suffering from drought for several years, added to a very low provision of irrigation in the two previous campaigns, and directly null in 2022. «The volumes applied have not even reached 1,000 m3/ha in these past years».

They assure that this situation has been aggravated by the serious deficiencies of the irrigation head, which did not even allow the allocation provided for in the PES to be applied, leaving the irrigation applied in 2020 and 2021 at just over 400,000 m3 each year.

In this sense, it should be noted that it was CHG itself, who, being aware of the poor state of the facilities, drafted a reform and adaptation project for them in 2019, without even having received a budget to date. . Thus, the situation of these woody crops, today, is "critical".

«Vines, olive trees, almond trees and pistachios are already drying up. The situation is such that the image that we already find ourselves in is that of farmers uprooting their crops and closing their farms. Without water it is the ruin of the sector and the abandonment of our towns by those who generate wealth and jobs”, they have insisted.

For this reason, both the provincial agrarian organization and the irrigation community consider that the circumstances exist to make urgent decisions and opt for emergency wells; a tool that has already been used before in the province, specifically in the area of ​​Argamasilla de Alba and in the Tablas de Daimiel.

The community of irrigators of El Vicario occupies 5,000 hectares and brings together more than 800 community members, who have been looking at the sky in recent months, entrusting all their work to the whim of the weather.

1 Eight minors arrested in a fight with weapons between... 2 Felipe VI, at the NATO summit: "Europe has remained... 3 Escrivá saves the self-employed reform by halving... 4 Etalentum creates a robot capable of avoiding the... 5 Debt default will hurt Russia for years, but Putin... 6 The 40th Copa del Rey Mapfre was presented at the... 7 The debate on the state of the nation points to July... 8 They break the figure of the devil that eats an ice... 9 Hospitalizations for coronavirus increase in the Valencian... 10 Kikos with guacamole, picaña air bag or croaker with... 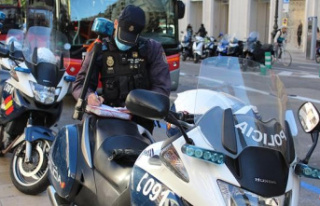 Eight minors arrested in a fight with weapons between...