The president of the Diputación de Alicante, Carlos Mazón, announced this Tuesday an additional injection of ten million euros so that the works and services of the municipalities do not stop due to the inflation of the costs of both materials and energy. 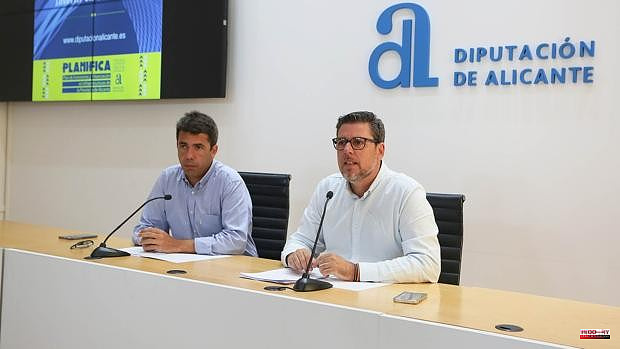 The president of the Diputación de Alicante, Carlos Mazón, announced this Tuesday an additional injection of ten million euros so that the works and services of the municipalities do not stop due to the inflation of the costs of both materials and energy. These grants raise the endowment of the Plan Plan from 71 to 81 million euros.

"I wish other administrations, such as the Generalitat Valenciana and the central government, would adopt similar measures, because there are already examples of paralyzed works, delayed by the Edificant Plan, which are not being resolved," Mazón compared.

The reason is that the decree approved by the Government to which the Executive of Ximo Puig has accepted "does not allow that ability to adapt", because it does not contemplate all the possible circumstances that could have increased costs, which is feasible with the funds now extended by the Diputación de Alicante.

Mazón has pointed out that in the works, which range from street developments, improvements in sports and cultural facilities, drinking water networks and other works in small municipalities mainly, all cost overruns for reasons beyond the execution itself will have to be justified, such as are this inflation with supervening prices shot up.

For his part, the provincial deputy for Infrastructure, Javier Gutiérrez, stressed that this Plan Plan "is working one hundred percent" and that this additional contribution of 10 million represents a "relevant figure to contribute to the improvement and implementation of these plays". Going from 71 to 81 million euros in total -a 14% increase-, the global investment will rise from 100 to 120 million throughout the legislature.

It is "an essential commitment to face the increase in the cost of all works not only in materials, but also in energy and fuels, with which the Provincial Council reacts to a new context, in record time, since it will be approved in the plenary session of the 6 of July”, Gutiérrez has abounded. In total, 291 tendered works can be accepted.

Unlike this emergency support, the decree law of the central government signed by the Generalitat "does not reach local administrations, these aids are only used for large State works," he specified.

1 Asaja and the irrigation community request emergency... 2 Eight minors arrested in a fight with weapons between... 3 Felipe VI, at the NATO summit: "Europe has remained... 4 Escrivá saves the self-employed reform by halving... 5 Etalentum creates a robot capable of avoiding the... 6 Debt default will hurt Russia for years, but Putin... 7 The 40th Copa del Rey Mapfre was presented at the... 8 The debate on the state of the nation points to July... 9 They break the figure of the devil that eats an ice... 10 Hospitalizations for coronavirus increase in the Valencian... 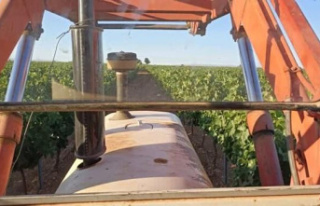