Etalentum, the first Spanish personnel selection company in number of offices, has invested more than 500,000 euros in the creation of a robot based on a sophisticated artificial intelligence system capable of managing millions of data very quickly and reducing the risk of automated discards of ATS (Applicant Tracking System) software on the market. 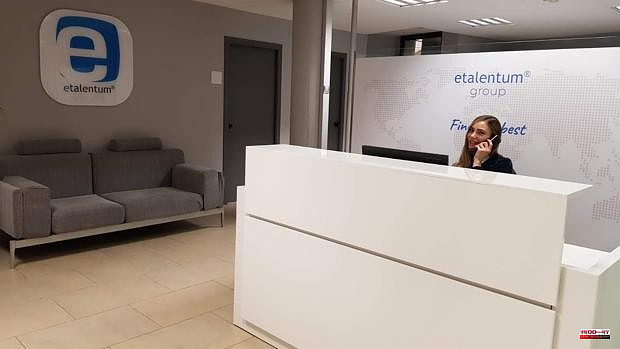 Etalentum, the first Spanish personnel selection company in number of offices, has invested more than 500,000 euros in the creation of a robot based on a sophisticated artificial intelligence system capable of managing millions of data very quickly and reducing the risk of automated discards of ATS (Applicant Tracking System) software on the market. This technological know-how, together with knowledge of the local environment through an expert team distributed in 29 offices throughout the Spanish territory, means that the recruitment company has the capacity to carry out highly effective personnel selection processes, from the first screening of resumes until the final interview. The processes vary from one company to another, depending on its activity segment and geographical area.

«The selection of personnel is essential for any organization, people are the most important asset of companies. In its early stages, the volume of applications makes it necessary to use a recruitment system that optimizes the search, but in a qualitative way, to later focus on the knowledge of a local expert team that can find the best candidate for a position. specifies. Our technological and business proposal is currently unique in the Spanish market", says Jaume Alemany, co-founder of Etalentum and expansion manager of the company. The 'Robinson' system developed by Etalentum is a tool capable of managing, storing, interpreting and responding to a large amount of content thanks to a sophisticated combination of algorithms that apply artificial intelligence and a Big Data and Business Intelligence analysis system. 'Robinson' extracts the most relevant competencies of each candidate and individually labels each job offer, which other conventional search engines cannot do with the same level of precision.

«In recent years, job seekers post the traditional resume on platforms and social networks without taking into account that they are summarized formats, in pdf files, that do not include keywords, but do include graphics and images, which makes it very difficult that non-specialized programs can detect the real skills of a candidate", says David Boixader, co-founder of the company and general manager. “That is why we have invested almost two years of work in the creation of an autonomous intelligent recommender, which works in a similar way to the human mind and capable of achieving optimal levels of reading and identification. We have created a solution thinking about the candidate's point of view, but also focusing on the need of the hiring company that our consultants know personally because they are part of their own environment». he adds he.

The consultancy, which carries out more than 1,200 selection processes each year, has its own candidate platform currently made up of more than 200,000 people. Etalentum, which celebrates its tenth anniversary next year and whose activity is focused on the selection of intermediate positions, managers and highly specialized profiles, has a professional team made up of 70 people, more than half of whom are human resources consultants. With 100% Spanish capital, the group expects to reach a turnover of 4.1 million euros in 2022, registering a growth of more than 40% compared to 2021.

Among its business plans is the expansion of its branch network with the opening of five new branches in Spain before the end of 2022, so that in the next three years it will have 60 branches located in cities with more than 150,000 inhabitants where there are a relevant business fabric.

1 Debt default will hurt Russia for years, but Putin... 2 The 40th Copa del Rey Mapfre was presented at the... 3 The debate on the state of the nation points to July... 4 They break the figure of the devil that eats an ice... 5 Hospitalizations for coronavirus increase in the Valencian... 6 Kikos with guacamole, picaña air bag or croaker with... 7 Biden: "We are going to increase the relationship... 8 Hundreds affected by the cancellation of Volotea flights... 9 Covid infections in Castilla-La Mancha rise notably... 10 Ávila becomes the first Spanish city to host a test... 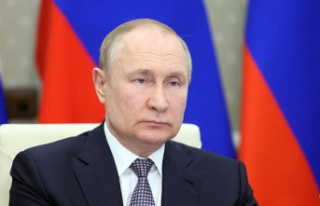 Debt default will hurt Russia for years, but Putin...