Debt default will hurt Russia for years, but Putin won't admit it: here's why

Russia has defaulted on its foreign debt for the first time in more than a century, a grim milestone. 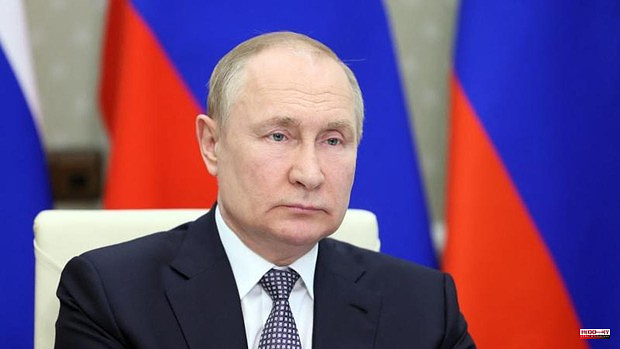 Russia has defaulted on its foreign debt for the first time in more than a century, a grim milestone. The country missed Sunday night's deadline for a 30-day grace period to make $100 million interest payments on two Eurobonds originally due on May 27, Bloomberg reported.

The Kremlin has repeatedly said it has the funds to make the $100 million payment, but harsh sanctions imposed by Western countries in response to Putin's war, which began in February, have made it impossible to do so.

A formal default would be largely symbolic for Russia, given that the country is currently unable to obtain international loans and is facing double-digit inflation and the worst economic contraction in years, reports Bloomberg.

However, it would mean that Russia would not be able to access international lending markets until it pays creditors in full and resolves any legal cases arising from the default.

However, an official declaration of default is unlikely. The main credit rating agencies, which normally declare, face sanctions that prevent them from operating in Russia. And investors themselves may prefer to stay out of the spotlight while they work out how they might get at least some of their money back, NPR reports.

Chris Weafer, a former chief strategist at Russia's largest bank Sberbank-CIB, and chief executive of Moscow-based consultancy Macro Advisory, told the BBC's 'Today' program that a formal default will result in the payment of a large sum of the nation's debt.

However, Weafer noted that the breach is unlikely to have an immediate impact on the country, given that it is generating money from the sale of key products such as oil. However, the default could create a "legacy" problem, could "roll over the economy" and make Russia's recovery "much more difficult" in the long run.

Timothy Ash, Senior Emerging Markets Strategist at Bluebay Asset Management, echoed Weafer's analysis and warned of the long-term impact it could have on the country. "This default is important as it will affect Russia's ratings, market access and funding costs for years to come," Ash told CNBC.

The Kremlin on Monday called any predetermined label illegal, because the country has the money and has been trying to pay. The latest attempted fix involved Russia transferring rubles through its unauthorized banks and inviting creditors to convert the money into euros or dollars. Russian Finance Minister Anton Siluanov has said for weeks that any declaration of default would be artificial and fabricated by the West, because Russia had made the payment transfers before they were due and it was up to the bondholders to claim their money.

Politically, Putin's argument is this: that Western sanctions have less to do with his actions in Ukraine and more to do with inflicting misery on the Russian people by any means necessary. The United States and Europe, for their part, argue that Russia completely controls their financial destiny by refusing to stop its war in Ukraine.

1 The 40th Copa del Rey Mapfre was presented at the... 2 The debate on the state of the nation points to July... 3 They break the figure of the devil that eats an ice... 4 Hospitalizations for coronavirus increase in the Valencian... 5 Kikos with guacamole, picaña air bag or croaker with... 6 Biden: "We are going to increase the relationship... 7 Hundreds affected by the cancellation of Volotea flights... 8 Covid infections in Castilla-La Mancha rise notably... 9 Ávila becomes the first Spanish city to host a test... 10 Catalonia asks for a rational use of primary care... 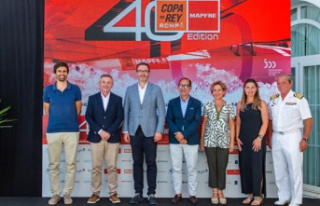