The National Police have arrested eight boys between fourteen and sixteen years old in Valencia for their alleged participation in a riotous fight with prohibited weapons that had previously been called by two groups of young people through social networks. 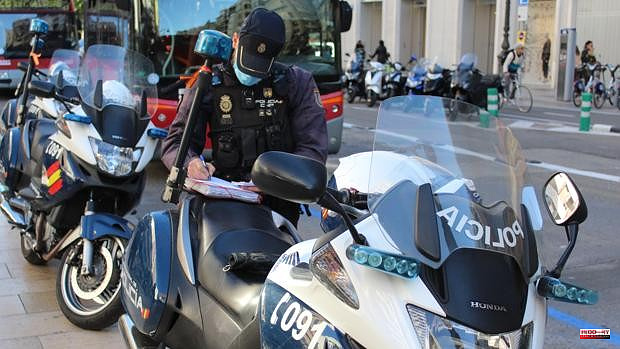 The National Police have arrested eight boys between fourteen and sixteen years old in Valencia for their alleged participation in a riotous fight with prohibited weapons that had previously been called by two groups of young people through social networks.

Last Tuesday, June 7, this fight took place in a park in the Transits district of Valencia. All the participants were minors and several patrols had to intervene, reports the Headquarters.

One of the minors, who could not be arrested because he was under fourteen years old, had two homemade blunt-sharp tools and a brass knuckle seized. A hidden knife belonging to one of those involved was also found.

After the investigation, the agents found out that two groups of young people who have a rivalry had previously called the fight through social networks, thus imitating youth gangs.

Several witnesses to the fight stated that one of the minors received numerous blows until he fell in the middle of the road, which made a vehicle stop that almost ran over him.

The day before the fight, one of the minors involved was arrested in a park in the same district for attacking a law enforcement officer, as he attacked them and was carrying two cutters, a modified brass knuckle with six blades, a knife and a awl.

With all the data from the investigation, eight minors were arrested as alleged perpetrators of a crime of riot. One of them was also charged with a prohibited weapon offence. All the detainees were handed over to their legal guardians after bringing the case to the attention of the Juvenile Prosecutor's Office.

1 Felipe VI, at the NATO summit: "Europe has remained... 2 Escrivá saves the self-employed reform by halving... 3 Etalentum creates a robot capable of avoiding the... 4 Debt default will hurt Russia for years, but Putin... 5 The 40th Copa del Rey Mapfre was presented at the... 6 The debate on the state of the nation points to July... 7 They break the figure of the devil that eats an ice... 8 Hospitalizations for coronavirus increase in the Valencian... 9 Kikos with guacamole, picaña air bag or croaker with... 10 Biden: "We are going to increase the relationship... 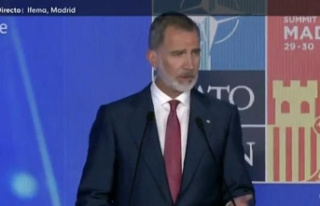 Felipe VI, at the NATO summit: "Europe has remained...