Felipe VI's first speech at the NATO summit was at the Alliance Public Forum 'Nato Public Forum', organized by the Elcano Royal Institute, the German Marshall Fund, the Munich Security Conference and the Atlantic Council, where he assured that "Europe has remained united in the face of the intolerable aggression of Russia". 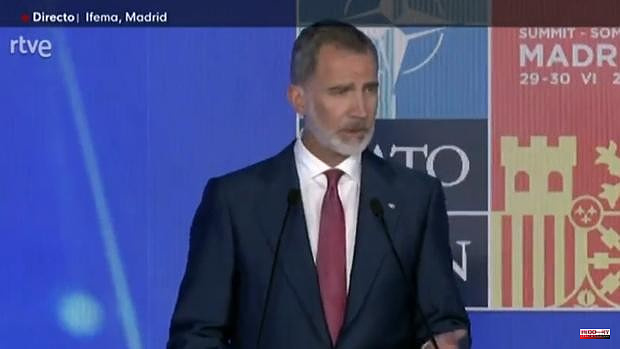 Felipe VI's first speech at the NATO summit was at the Alliance Public Forum 'Nato Public Forum', organized by the Elcano Royal Institute, the German Marshall Fund, the Munich Security Conference and the Atlantic Council, where he assured that "Europe has remained united in the face of the intolerable aggression of Russia". The event was opened by the Secretary General of the Atlantic Alliance, Jens Stoltenberg.

In his speech, the King has not only expressed his "pride" that the capital of Spain is hosting the summit, expressing his gratitude to the "institutions that have worked so hard" to make it possible, but has also had words for the challenges background with which the meeting takes place.

"Today, as Europe strives for political and economic stability and social welfare, it faces the threat of an increasingly unstable neighborhood, both in the east and in the south," said the King, referring to the " complex threat from a chronically unpredictable world. In this sense, His Majesty has ruled on the war in Ukraine, caused by the Russian invasion on February 24. "The Madrid summit offers us the opportunity to reflect on the future of the Alliance and what appears to be a turning point in our history."

In this sense, the King explained that many of "the assumptions and predictions of the post-Cold War era seem to have evaporated", so the fight "between tyranny and democracy is more important than ever". «The competition between the great powers is everywhere. The war continues. All of this should serve to remind us of the relevance and critical need to preserve the Atlantic Alliance, a family of nations that Spain joined exactly 40 years ago”, he stated.

"We have reason to be sure that the transatlantic relationship is stronger than ever, and that Europe has stood united in the face of intolerable Russian aggression," the King explained. "However, gaining support beyond the Euro-Atlantic space is proving notoriously difficult."

On Spain's role in NATO, Felipe VI explained that "a broader understanding of the transatlantic community must be developed, one that allows us to strengthen our connection with Africa and Latin America." To serve that purpose, the King recalled that "our country is in an ideal position, both geopolitically and due to our shared desire to serve as a bridge between the Atlantic, Europe and the Mediterranean."

1 Escrivá saves the self-employed reform by halving... 2 Etalentum creates a robot capable of avoiding the... 3 Debt default will hurt Russia for years, but Putin... 4 The 40th Copa del Rey Mapfre was presented at the... 5 The debate on the state of the nation points to July... 6 They break the figure of the devil that eats an ice... 7 Hospitalizations for coronavirus increase in the Valencian... 8 Kikos with guacamole, picaña air bag or croaker with... 9 Biden: "We are going to increase the relationship... 10 Hundreds affected by the cancellation of Volotea flights... 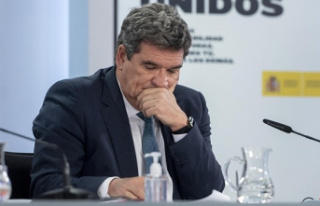