Today, Tuesday, the 28th, the official start of the countdown has begun for the celebration of one of the most important regattas in the Mediterranean and an unmissable event in the Mallorcan summer: the Copa del Rey Mapfre. 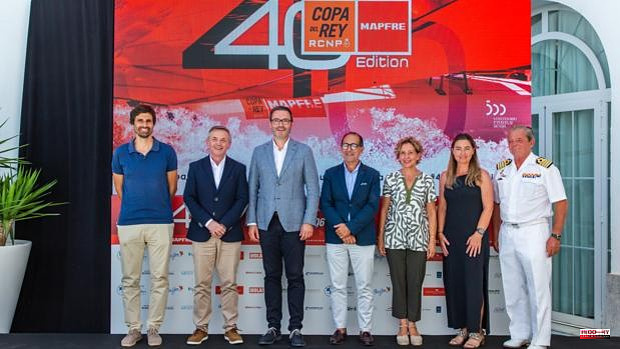 Today, Tuesday, the 28th, the official start of the countdown has begun for the celebration of one of the most important regattas in the Mediterranean and an unmissable event in the Mallorcan summer: the Copa del Rey Mapfre. More than fifty people including sponsors, journalists and guests have attended the presentation ceremony held on the main terrace of the organizing club: the Real Club Náutico de Palma.

"As in 2021, participation is back to pre-pandemic figures, with more than a hundred teams from 20 countries eager to sail and compete," said Emerico Fuster. “Thanks to all of you who help spread the word about what we do and to all of you who work to make this event possible with the entire Real Club Náutico team at the helm”.

For his part, Ricardo Garzó, territorial general director of Mapfre in Catalonia and the Balearic Islands, highlights that "one more year we want to join this sporting event that, in these 40 years, how could it be otherwise, has evolved with the demands and needs of the times. For this reason, we are happy to strive to remain linked to this sport with which we share values ​​such as effort, the desire to excel or the commitment of an entire team to achieve the same goal”.

One more year, the Copa del Rey Mapfre will once again be an indisputable benchmark in the world of sailing, once again summoning a heterogeneous international fleet that will combine the best one-designs with classes that compete in compensated time.

One month before the start of this 40th edition, there are already 112 registered boats of 20 nationalities from the European and American continents, including countries such as the United States, Argentina, Ecuador, Brazil, Hungary, Estonia, Switzerland, Finland, Poland and Turkey, among others. In the three regatta fields that will be set up in the bay of Palma, a total of nine classes will compete, distributed as follows: BMW ORC 1, 2, 3 and 4, ClubSwan 50, ClubSwan 42, ClubSwan 36, Herbalife J70 and the All-female class Mallorca Sotheby's Women's Cup, which will sail in the monotype J80.

As for the competition program, as usual, the first two days will be reserved for the confirmation of entries and registration, while the regattas will be held from August 1 to 6 starting at 1:00 p.m., with the exception of classes Herbalife J70 and Mallorca Sotheby's Women's Cup that will start the official tests on Tuesday, August 2.

1 The debate on the state of the nation points to July... 2 They break the figure of the devil that eats an ice... 3 Hospitalizations for coronavirus increase in the Valencian... 4 Kikos with guacamole, picaña air bag or croaker with... 5 Biden: "We are going to increase the relationship... 6 Hundreds affected by the cancellation of Volotea flights... 7 Covid infections in Castilla-La Mancha rise notably... 8 Ávila becomes the first Spanish city to host a test... 9 Catalonia asks for a rational use of primary care... 10 The murder of Juan de Dios for a possible revenge:... 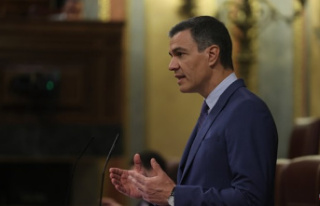 The debate on the state of the nation points to July...